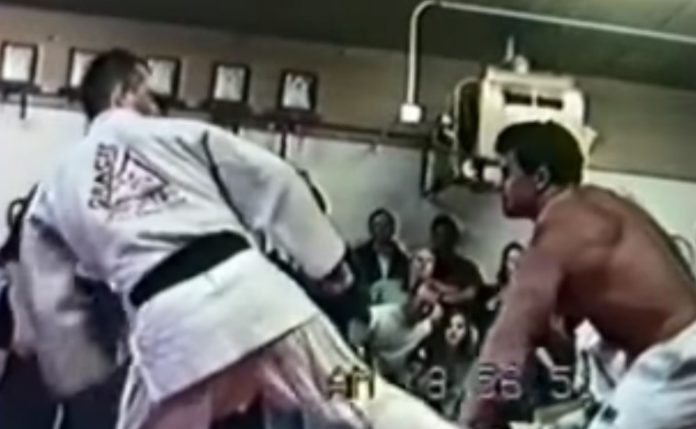 This was a Vale Tudo fight in April 1993 in Salt Lake City, with MMA rules, between a BJJ (Pedro Sauer, black belt) and a bodybuilder, Mr. Utah 1992 (Lance Bachelor). The difference between them is 100 lbs.

In this fight we can see a muscle mass and strength vs Jiu Jitsu techniques.