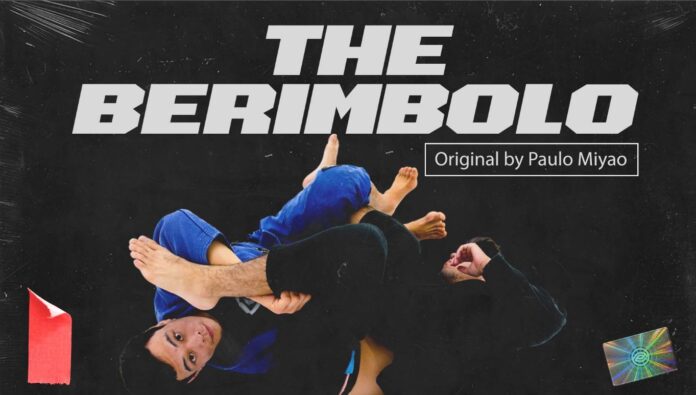 Paulo Miyao is undeniably one of the very best grapplers to ever compete in Brazilian Jiu-Jitsu. The Berimbolo and De la Riva prodigy shares some of his secrets to spinning under from various positions based on decades of experience at the highest possible levels of grappling.

Paulo Miyao and his brother Joao Miyao literally lived in the gym, practicing techniques like the Berimbolo that nobody thought would work. They proved everyone wrong when they managed to sweep the who-is-who of BJJ and easily get people’s backs both with and without the Gi.

The Berimbolo has since become a staple move of BJJ, but the way the Miyao’sdid it is not the way many people try to execute it today. If you need a reason to learn Berimbolo and De la Riva secrets from Miyao himself, consider the fact that he is a two-time World and six-time Pans champion within a span of 7 years, with his game focused solely on these moves.

Paulo Miyao starts by showing off a how-to hip escape from open guard without exposing your legs. His tips include practicing hip escape with just one leg(the bottom one). The top leg needs to stay with the knee glued to the shoulder, preventing passes and baiting people into the Berimbolo.

Miyao shows the drill on both sides, with a way to switch between them.

One of the things people usually do wrong (according to Miyao) is how they place their legs. He shows a simple method by placing both legs on the far hip, with the feet acting like hooks.

Doing this from a De la Riva position with both people seated is the easiest way to capture the motion. As long as both legs are straight and hooked on the hip, the Berimbolo is going to be easy.

How To Spin Safely

The key in the Berimbolo is doing the inverted spin, which often hurts the neck. With the legs straight and the hooks in place, what you need to correctly spin under is to hold the belt with one arm, and the closest leg with the other. This will pull you into the spin and you need to go shoulder to shoulder instead of straining the neck. If you place your head near the opponent’s knee, you will be safe.

If you are hurt or scared of doing it this way, you can instead roll by placing your forehead on the ground. It is an unusual Paulo Miyao version of the Berimbolo but works just fine.

A unique way to Berimbolo, specific to Paulo Miyao is to do it from the open guard position he showed for the hip escape drills. As long as you can grab the opponent’s leg with the bottom arm, you can safely invert, and end up with your shin behind the leg, which leads toward an easy back take.

The “original” Berimbolo back takes from the De La Riva Guard, Paulo Miyao-style happens when you make the opponent sit back on the ground, landing in the position he used to demonstrate the spin. As long as you extend both legs from the De La Riva, you will be able to get far hip control with the hooks, just like in a seated position.

You can pul the opponent directly into back control, or push them to sit on the ground and go into a Berimbolo, picking the best way to spin for you. 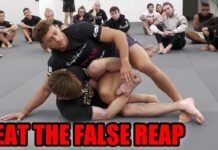 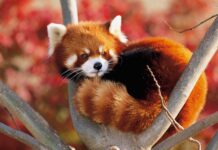 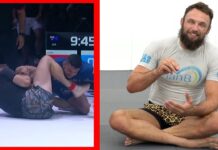