The question I received was concerning parents who seems to be a bit to aggressive with their presence on the mat. In the situation our friend describes. He says that some parents are jumping on the mat to record video, cheering for their children during rolling, etc.

I’m not positive I did a good job of answering his question.  But in the video I focus on the idea that I believe parent’s of kids in the BJJ class should not be allowed to coach or really have much interaction with their kids during the action of class.

1 reason for this is that if the kids inside the Brazilian Jiujitsu class is focused on their parent’s instead of their coaches and training. It steals their attention and robs them of the potential they have.

The even more insidious issue is that it often transforms the experience for the child from a positive one to a negative one.

So my advice in the video is that parent’s should not coach their kids during Brazilian Jiu-jitsu classes. And if you are a BJJ coach. That should be one of the rules I would stick to with the classes.

You can also check when is the best time for kids to start training BJJ.

Best Time to Send a Kid to Train Jiu Jitsu 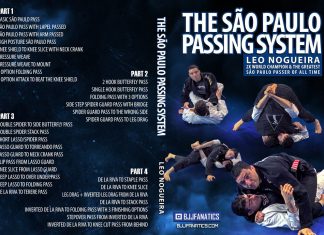 0
The closed guard is no longer a position that creates nearly as many struggles as it did when BJJ first appeared. Well, not for...