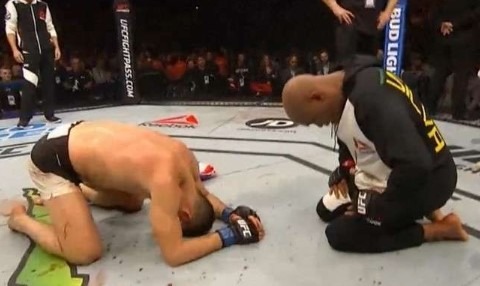 If you love Combat sports, please watch this video to the end! This is the all-time best we have ever seen in MMA, Boxing, K-1, Muay Thai, BJJ, Taekwondo, Karate, SUMO, Wushu, Judo, and Wrestling – all in this 21 minutes!

This is top 20 + 3 bonuses The Most Amazing Moments in Combat Sports ever! Did we forget something?

20. Kerim Ahmedspahic (Tae Kwon Do)
This 16-year-old guy broke the Guinness World Record by breaking 111 concrete blocks with his head in 35 seconds. It’s not a coincidence that he’s from Bosnia and he was able to do it 🙂

18. Mike Pantangco (MMA)
After the fight, Mike Pantangco made it known that he didn’t want to send his opponent Jeremy Raser to the hospital especially since neither fighter was getting paid.