Poker and Brazilian Jiu-Jitsu. In essence, not two things that you often hear about in conjunction. And still, one has so much to teach the other, and vice versa. Poker is probably the only thing as intense as Jiu-Jitsu, that’s safe to do in terms of your health. In fact, there are professional poker players out there that make a living doing nothing but poker. Granted, it lacks the physical aspect of Jiu-Jitsu, but it more than makes up for it with the mental one. And it is not only about math and numbers. There is actually stuff in poker that can help you learn Jiu-Jitsu not only better but the right way if there is such a thing.

One of the biggest draws of Brazilian JIu-Jitsu is that it is endless. People get bored with things, the more addictive they are, the faster they burn out. Well, Jiu-Jitsu is one addiction you can’t really shake off, as it is neverending and changes all the time. Even if you roll with the same partner over and over again, you’ll still do new things with every roll. Poker is not too different, hence the addictive nature. Of course, poker has some serious consequences if you take it too far but then again, what doesn’t? Both these activities complement each other, but today we’ll’ be focusing on what poker can do fro you. Want to learn jiu-jitsu faster? Perhaps you should sign up for a poker game.

How To Learn Jiu-Jitsu With Poker Strategies

Apart from the more than obvious learning curve, there are also stages when you learn Jiu-Jitsu. In the beginning, you learn movement. Later on, you learn techniques and try to amount as much knowledge as you can. As you progress, you turn back to movement, but this time, trying to understand why it works. At brown belt, the same happens with techniques –you get to understand them. At black belt, you are finally free to have as much fun as you want.

There’s one common theme, though, that’s there form the very first time you roll, all the way until you decide to hang your Gi up. That theme is strategy. You quickly learn that without a solid strategy, you won’t get far when rolling. Of course, the same thing transfers to competitions. So, as you develop all the stuff I mentioned above, you also constantly work on strategies. In essence, strategies are just ways of incorporating your technical knowledge into your game. Up until this point, BJJ is actually pretty much alike other grappling martial arts.

Past this point, though, is where Jiu-Jitsu is different and unique. Rolling, for example, is not just an exchange of strategies and techniques. Given that there is a counter to everything, you need to be sneaky when it comes to BJJ. That said, you need to bluff, develop timing and know how to read your opponents to be successful. In that sense, all the chess comparisons fade into the background when you actually pair up poker and Jiu-Jitsu. 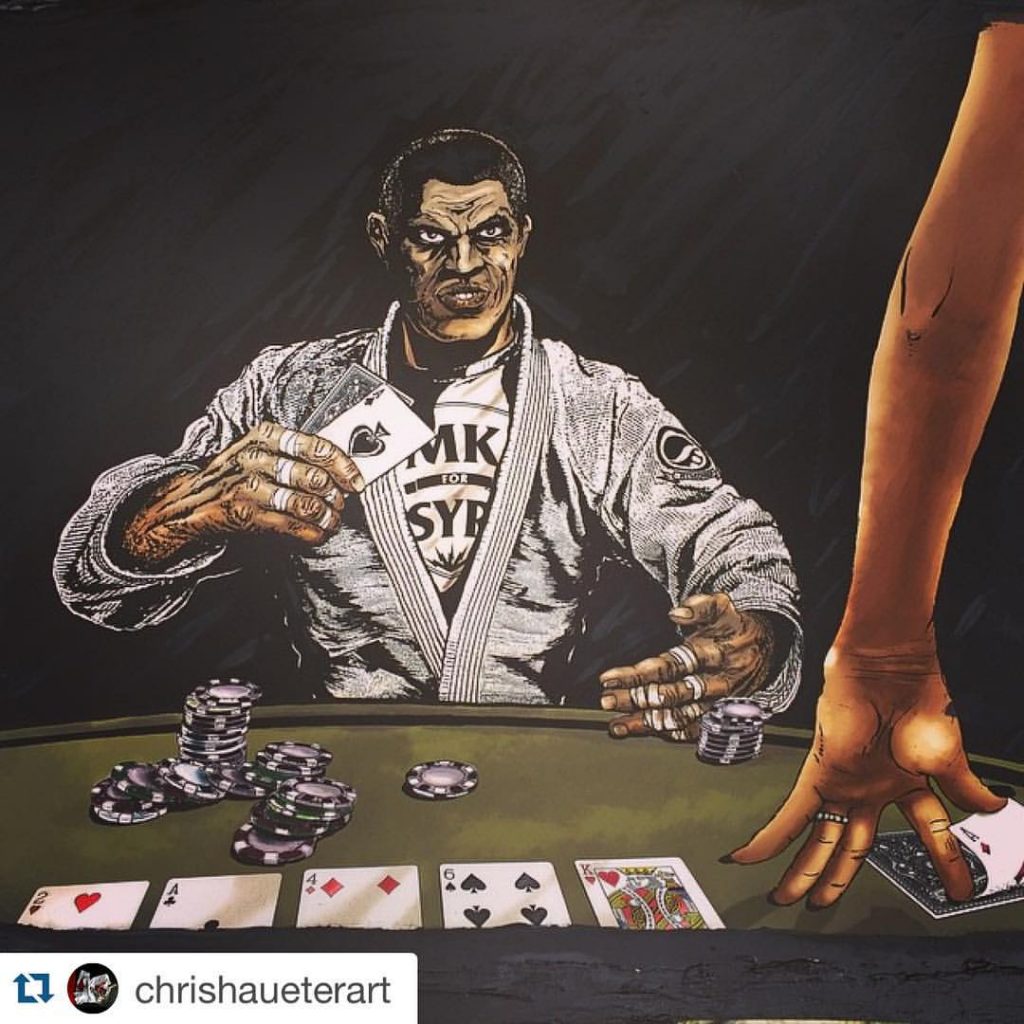 Of course, I’m going to start off with the poker face. In poker, you have to able to conceal your emotions and your intentions. Given that it is a card game, played around a table, the face is where most of the ‘tells” are. In that sense, the term “poker face” refers to having the ability to you’re your intentions. Sounds familiar?  When it comes to BJJ though, you need a lot more than just a poker face. You need to hide all your intentions since we’re using our entire bodies when rolling. If you want to learn Jiu-Jitsu the right way, you need to become unpredictable when you roll. And the best way to do that is to never reveal your intentions. This takes time and effort,t but once you focus on it, you’ll be able to fool even higher belts.

In tournaments, the poker face gets a different dimension. Here, you can’t just rely on hiding what you’re doing, but you’ll have to take it up a notch. In competition, you need to add misdirection to the mi. YOU need to make your opponent believe you’re doing one thing when you’re actually going for something else. And they’ll never believe it unless you can sell it – “poker face” 101.

Making The Best Out Of Things

If you’ve ever played poker, you know that you can’t always be lucky. Unless you’re cheating, you’re going to get dealt a bad hand at a certain point. It is the nature of the game, and it is one of the reasons why it is s exhilarating to play. In Jiu-Jitsu, you find yourself in an identical situation. When you slap and bump. Whether in a roll or match, you have no idea what the other person is going to throw at you. Even then, they just might be better, quicker or downright luckier than you and establish better positioning. as you learn Jiu-Jitsu you understand that there’s no worse “hand” than this one.

What you can learn from poker is thinking on the fly. In poker, there’s, of course, tension and pressure, but it is not physical. In BJJ, you have both mental and physical pressure and it takes time to get comfortable and think in such circumstances. You have to start thinking on the fly because the game just gets progressively faster as you learn Jiu-Jitsu and perfect timing and movement. That’s one poker trait I’d be glad to learn.

Sounds interesting, right? In poker, you have several ways of winning, and guess what? The same is true for BJJ. Moreover, some ways of winning are better than others. That means you have clear cut goals and different ways of achieving them. Even more so, if you can come up with your own way of achieving goals in a more efficient manner, the more useful you will be. Poker or Jiu-Jitsu, the rule is the same – win, and try to do it fairly.

Okay, this one goes to poker, just because It has always s been associated with it. However, when you come to think about it, we also do our fair share of bluffing in grappling too. Earlier I spoke about misdirecting your opponent.s that’s just one way of saying you’re bluffing in order to surprise a partner/opponent. In poker, the bluff works both when you’ve got a winning hand, and you’ve been dealt a bad one. In Jiu-Jitsu, it is the same. When you’re in a great spot, keep your intentions to yourself. Sometimes, opponents have no idea how close they are to taping and unless you show them what you’re doing, they’ll actually finish the job for you. The same holds true for situations when you end to escape or counter and attack. You’d be surprised how many things in BJJ you can bluff yourself out of.

If you want to learn Jiu-Jitsu, you have to focus on reading your opponents. Even better, you need to study them, ideally beforehand. Watching tape, I not just for trying to figure out the technical level of an opponent. You can also sense tells, find out about small stuff they do when they move, etc. In other words, you learn to read their actions, so you can have better reactions or bluff successfully. 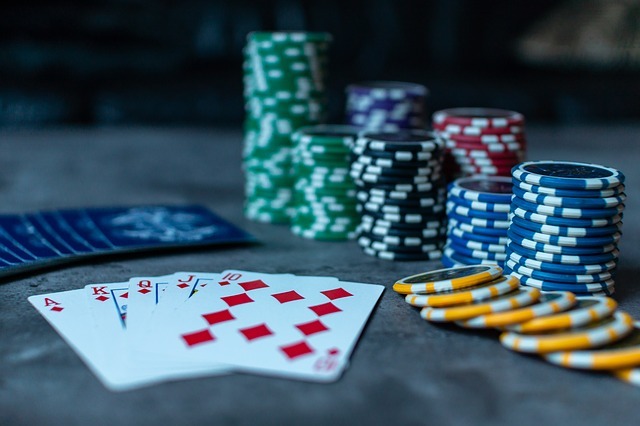 When it comes to reading opponents, that’s a skill you’ll have to acquire with time. When you learn Jiu-Jitsu, this is one thing you can’t master quickly. Reding people in grappling means reading their body movements and patterns. This is entirely possible but it’ll take you a long time to get accustomed to it. You can use some poker references to help you read faces, but you’ll have to figure out the body by yourself. I did say they’re similar, not identical!

It is always easier to learn things when you can draw parallels. We oftentimes use chess analogies when it comes to BJJ but I have to admit that poker is a much better fit. Using terms, tactics and even experiences to learn Jiu-Jitsu at a faster rate is a great and somewhat unorthodox way of approaching learning. But, as I said, everything is open in BJJ, and you can go about learning any way you want. Just do not fall for poker more than grappling. You have been warned! 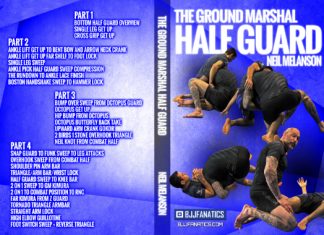 0
A few years ago, not knowing who Neil Melanson is, was somewhat forgivable. Today, if you are in the dark about who Melanson is, then you're doing...