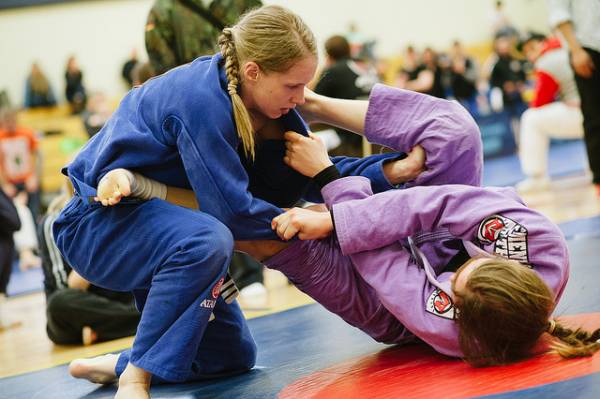 Straggling with the guard? Change your approach. No, seriously. It is how you think of the guard in Jiu-Jitsu that is getting you in trouble, and not the guard position itself. It does not matter which guard variation you’re playing. All that matters is what you do with it. Begin on the bottom is never a favorable thing to do, but thanks to the lazy nature of BJJ, and all the options you have from there, you can really thrive off your back. The trick is, understanding why your guard works, and how you can make it fit your style. Simple, right?

The guard in Jiu-Jitsu is why we all fell in love with this crazy sport in the first place. However, it is also extremely tricky. EIF you look at all other grappling martial arts, being on your back is the worst thing that can happen to you. Enter Brazilian Jiu-Jitsu, and now you have attacking options off of your back. But what are your options, rally? Apart from submitting someone from guard, everything else centers either on standing back up to your feet or sweeping someone to end up in top position. In other words, you’re looking to get back up top anyway. So why would you stay in guard, doing nothing at all? The following few steps will help you understand the guard in Jiu-Jitsu more so that you can become more effective with it. And lazier, of course. 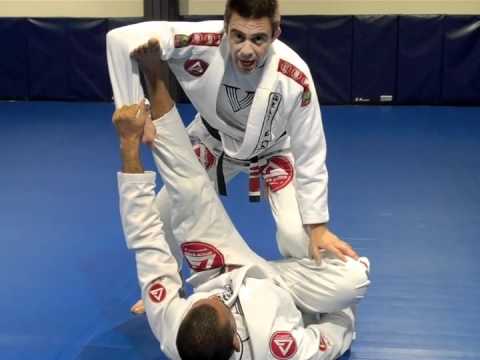 What is a defining trait of all the best guard players out there? If you analyze the game of all top players, Gi and No-Gi alike, you’ll notice several things that they all share. I’m not talking about the technical aspects of the game. What do the rubber guard and worm guard have in common? Apart from both being guards, you’d say not much. That’s not true. Both provide the bottom person with a position of safety first – there’s no direct route to passing. Both provide the guard player with anchors to latch on to their opponent. Moreover, both offer different directions and different attacks to allow the bottom person to achieve a submission or atop position. And these are just some of the similarities.

Most people think of the guard as just another top position. This is what makes the guard in Jiu-Jitsu hard to get results from. When you’re on top, you don’t think about the bottom person doing something to you. Most take gravity, pressure, angles, weight distribution, etc. for granted and they attack. However, on the bottom, you’re on the receiving end of all of those. That means you can’t just treat the guard in Jiu-Jitsu as top position. You need a different mindset when playing guard to actually be effective with it.

Now, with the thought of all guards sharing common characteristics that make them effective, the question is, which guard(s) will you choose to play? That’s entirely down to you., but do ask yourself the most important question of why you’re deciding to play a certain guard,. Rather than how others are playing it. That, and go through all the steps listed below.

How To Improve Your Guard In Jiu-Jitsu

The guard in Jiu-Jitsu has two determinants of success. The first one is how good a guard is at keeping you safe. In a self-defense scenario, that would mean preventing the top person from striking you or getting past the legs. In sports BJJ, it just means preventing passes. The second is how efficient your attacks are. As discussed those come in the form of submissions and sweeps.

Since different guards offer different attacking options this also needs to be high on your list of criteria when choosing a guard to start specializing in. Following a few simple steps will make you have fun in any guard you find yourself while you’re trying to figure out your go-to bottom position.

There is no grappling if two people are not connected to each other. This connection usually comes in the form of grips during standing. ON the bottom, though, legs, and sometimes even the head come into play as well. When you’re on top, you might get away with not being in contact with your opponent for short periods of time. If that happens while you’re’ on thy ground, you’ll get your guard passed 9 times out of 10.

Grips are the single most important thing you need to think about when playing guard. Coming in a close second are hooks, or where you place your legs. Most open guards, when you come to think of it have a “hook leg” and an “active leg”. The hook leg is that which keeps you connected to the opponent (De La Riva Hook, 50/50, bottom spider guard hook, shin-to-shin guard bottom leg, etc.). The active leg is the one that engages different parts of the opponent in regard to the situation, providing mobility and versatility. Without the first leg, the second has no point.

When ti comes to attachments,. A good rule of thumb is to have at least one grip and one hook on the opponent’s body. If you can get them in a diagonal configuration, that’s even better. Of course, two grips and both legs engaging is the perfect scenario for any guard in Jiu-Jitsu.

Try an experiment next time you have a closed guard. Get the lapels of your opponent out of his belt, and grab on to both sided firmly with your grips, as close to their body as possible. Now open the legs and ask your partner to get out. You’ll notice they’ll have difficulties posturing up, or getting distance between you and them. That’s all because you have control of their hips. 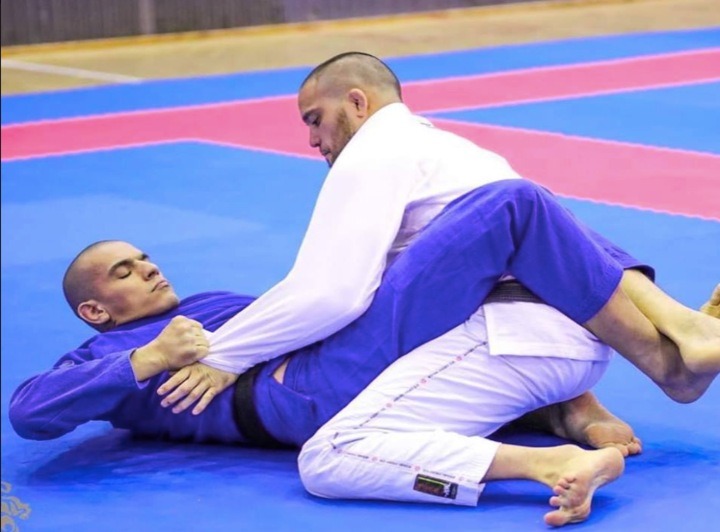 Any guard in Jiu-Jitsu has the hips in focus. It can be directly (Reverse De La Riva Guard) or indirectly (Butterfly guard). In all cases, the goal is to control the hips of the opponent in two ways. One is the distance between yourself and them. The other is the ability to move their hips through space in order to off-balance them and execute effective attacks. While the legs usually control the hips, it can also be done with your arms, or with the lapels.

The most fundamental of all steps you need with any guard in Jiu-Jitsu. If people can easily pass your guard there’s no point in attacking. Attacks will work when people are trapped in your guard. In order to set up such a fly trap, your guard needs to become “impassable”. In other words, the only outcome of you being in a guard should be a submission, a sweep, or you standing up to your feet. As usual, the best way is to prevent passes from even taking place, and for that, you need attachments. Hip control and the step that comes next.

If you truly want to understands why guards work, focus on passing them. It doesn’t matter if you succeed or fail in passing a guard. If you’re analyzing the guard as you’re passing, you’ll eventually discover the weak spots. Now turn it all upside down, and focus on strengthening these weeks spots in your guard. Then do it all over again, until you’re satisfied with what your guard in Jiu-Jitsu cannot be passed. Then comes the fun part.

This is what I love the most about playing guard in Jiu-Jitsu – the deception. “Leaving bread crumbs” means slowly funneling an opponent deeper into the web of your guard so that you can execute attacks. For example, let’s say you’ve got grips, but not sufficient hip control. You angle yourself in a way that will direct the opponent to try passing on one side. It just so happens that’s the side where you have your hip control ready and waiting. The same principle applies to submit or sweeping from any BJJ guard variation, closed or open. Just remember not to be too obvious about it and really sell that you’re “in trouble”. Bread crumbs….

It comes without saying but still, I have to say it. There’s a phenomenon about Jiu-Jitsu folks in that we all want everything to happen right away, even though we all know it takes patience and adjustments to get anything in BJJ to work. It is the same with any guard in Jiu-Jitsu. This also falls under the bluffing category, along with leaving bread crumbs. 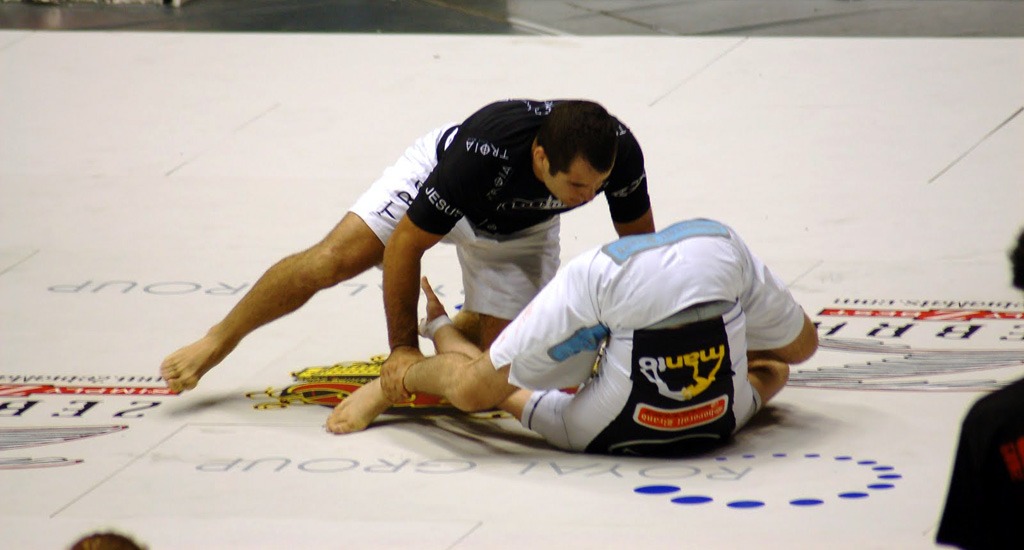 The idea is to never ever play your best move, or best guard for that matter first. Always have an option for “rain days” one which will get you out of trouble if things don’t go as planned. It can be as simple as a grip (think collar guard) or a hook (an active butterfly hook), or it can be an entire guard change, or even inversions and other moves that completely change the game in an instant. Whatever it is, the end goal should be to end up in a safe spot that you know you can get out of. As they say, it’s better to have it and not need it than the other way around.

You all know this one, but still, most fail miserably. The reason is obvious and simple – you’re not trying hard enough. It doesn’t matter how good your guard in Jiu-Jitsu is, stay there long enough and someone will pass it. The moment you see that you’re safe, don’t elt an opponent try and figure things out but go on the offensive. However, members that they also know your options are to sweep, submit, or stand up. If you want to make them guess which is it, mask one with another, or even mask two of the same category (like masking an armbar with a triangle) with one another.

The key to succeeding is to really go for the initial move you’re’ doing. No halfhearted efforts and quick transitions. If you want people to react to an attack you actually have to attack, even if you’re real attack is three steps down the road. In case the first and second step work, cool, you still got a result. If not, the final tightly wrapped surprise will be there waiting for them, as they are confused and tired from dealing with the previous two.

Playing guard in Jiu-Jitsu is extremely fun. Especially if you’re wrapping people up with lapels or inverting constantly around their legs. However, you need to know the things that make a guard effective, regardless of which guard you’re playing. If you follow all the steps above, you’ll improve your guard game in next to no time. Who knows, you might just come out of it all developing a brand new guard of your own. Keep experimenting.