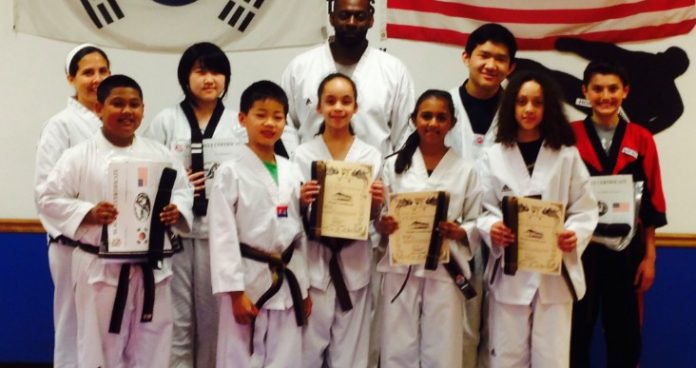 If there is one area of Brazilian Jiu-Jitsu where belts really do matter, it is in the kids’ classes. The kids’ belt system is a far more complicated one than that of the adults, but there’s extremely sound reasoning behind it. In fact, I’ll do an entire article on it, because, as a kid’s coach, I think it needs explaining. However, there’s something happening at certain places that goes against much of what we’re used to in terms of kid’s belts. Now, I’m all for changing things for the better, but the question is, whether awarding junior Jiu-Jitsu black belts to kids is a change for the better?

In traditional martial arts, it is not uncommon fo childer to have black belts. Actually, it is not uncommon for kids that are not even 10 to be a black belt in a given martial art. Now, oftentimes, this is described as a junior black belt, but still, it is a black belt. With all due respect o these kids some of whom might have been training for years, but a black belt in any martial art should be a big thing. In Jiu-Jitsu, getting one is considered to be a major life event, one that will change you forever. As such, should we really allow the introduction of Junior Jiu-Jitsu black belts? I have to admit, I’m pretty reserved on the subject.

The Structure Of Kids BJJ Programs

I have been teaching kids’ Brazilian Jiu-Jitsu classes for years now. That comes on the back of over a decade of experience doing the same for kids in Karate. As far as those two martial arts go, I consider myself to be quite experienced when it comes to how different they are, particularly in terms of kids’ classes. With that in mind, let’s focus on the belt systems in both.

Until a while ago, Karte had a belt system that had the kids go through the same belts as adults do. Not long ago, they changed it, introducing more belt colors. BJJ, on the other hand, always had a separate belt system for the kids. It involves quite a lot more belts than with adults, and it simply has to. Kids, particularly younger ones, have no grasp of the delayed gratitude concept. That means they won’t value a belt more if you give it to them after a long time. On the contrary. The “average” two years for an adult BJJ belt will seem like a lifetime for a kid. Instead, they want gratification here and now, and multiple belts and frequent promotions give that to them.

Once again using the comparison of Karate and Jiu-Jitsu, Karate had this down a long time ago. Give kids belts often. However, with the belts in Karate the same as the adult ones, the kids never really get the chance to then go through adult belts. In Jiu-Jitsu, that doesn’t’ make any sense, given how the entire sport is organized. So, awarding junior Jiu-Jitsu black belts makes no real sense, if they have to go back to being an adult blue belt, later on, does it?

Brazilian Jiu-Jitsu might just be the best thing kids can do, along with gymnastics. However, it is also one of the hardest things they will do. Ther are different approaches and programs out there that make kids’ classes successful. Still, all of them are subject to change and constant adjustments, particularly in situation where classes have mixed-age kids. The belts are an integral part of the entire structure of the kids’ BJJ classes.

First and foremost, belts act as motivation. Along with stripes, of course. To begin with, getting a stripe or a new belt is immense for kids. They can’t stop talking about it for months afterward. Moreover, seeing kids that have a stripe more, or a higher belt makes them. Want to be better and achieve those for themselves. Of course, all kids move up constantly providing them with a never-ending source of motivation to keep training. For them, it is a huge thing wether someone si a grey, or a grey and black belt, or even if someone hs just one stripe more than another.

Another thing to consider is competition. With kids’ belts are not often used to put together categories, but rather age and weight. That means the lower belts often come up against higher belts and even girls against boys. It is not uncommon at all fro a lower belt to beat a higher belt in a match, providing a very valuable lesson for both along the way. OF course, that part is up to the coaches. However, the belt system is integral in giving kids both structure, as well as a source of motivation and happiness. Believe me, promotions are huge events in kids’ BJJ classes.

What I think, though, is that the current belt system works pretty well. Introducing certain changes might just end up making it even better though. However, I do not think that awarding junior Jiu-Jitsu black belts falls under this category.

At this moment, the idea is controversial at best. In other martial arts, like Karate, there’s a transfer from a junior to a senior black belt. However, there are no belts in between. You can see how this might end up being an issue. A kid that turns 16, and has a proverbial junior BJJ black belt, will now be in the same category with seasoned black belts aged 28? How on earth is that a good idea? And that’s just the tip of the iceberg.

Junior Jiu-Jitsu black belts are frowned upon in the community, and they do make little sense. Of course, it can be huge for a kid to get a BJ Jblack belt, however junior it may be. Still, a black belt in Jiu-Jitsu is unlike a black belt in any other martial art. I really think that having just one black belt – the adult one is better for everyone. That way, kids know that they’re actually working toward their blue belt by going through all the kids’ belts. That is akin to a black belt for them. And still, they know there is such a thing as a black belt, and that one day they will get it. And you need to keep repeating to them that they will, as long as they train.

A junior black belt throws a wrench in the whole system. It will confuse kids more than it will help them. Plus I do think it lowers the value of the one black belt that matters. Jiu-Jitsu teaches plenty of lessons that other activities can’t. Among them, teaching kids patience and persistence is of great importance to anyone. As Renzo Gracie says ”What is a black belt? It is a tool that can influence people in a positive way, and a child is not ready for this. Unless the child is a Buddha or Jesus Christ”.

I just don’t think awarding junior JIu-JItsu black belts will work. At least not in the format other martial arts use. Adopting that is not smart for something as unique as BJJ. Can ther be some format that comes up in the future and is a viable one? Probably, if not certainly,. But until lsuch a time, let’s try and stick with the system that has resulted in adult black belt world champions over and over again.