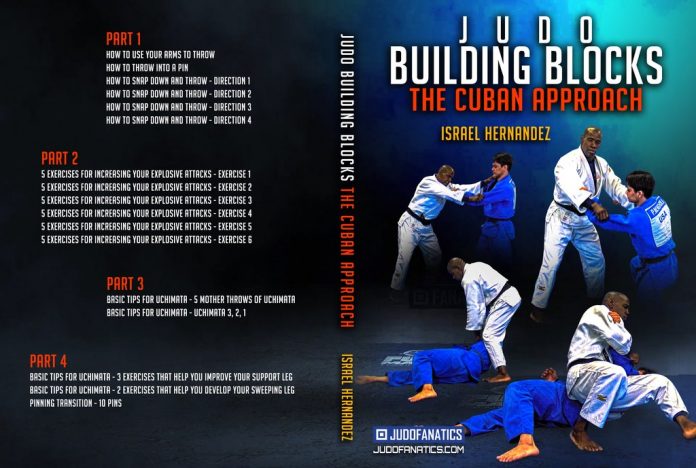 Judo or wrestling? Perhaps Sambo? What is it that you prefer when it comes to supplementing your Jiu-JItsu? The main answers here are Judo/Sambo for Gi grapplers and wresting for No-Gi. That’s okay, it makes sense furthermore, if it is takedowns you want, particularly for IBJJF rules, Judo is the obvious winner. However, there’s a catch. How can you get good at certain Judo techniques when it takes years to really get them down? The answer here is not in doing more. It is in approaching the issue smarter. There’s an Israel Hernandez DVD out there that is the perfect solution to his particular conundrum. How? Well, Judo Building Blocks is an instructional that goes into Judo in a way that is tailor-made for BJJ grapplers. Read on!

Judo is not an easy martial art by any stretch of the imagination! It takes time, patience and lots of work to become good at it. Plus, those Judokas are strong! They have a certain type of grit and explosiveness that other grappling martial arts practitioners can’t mimic. So, how do you find a way to master a few of the Judo building blocks without having to spend years on the subject? Well, you pick up this particular Israel Hernandez DVD and you spend a few months doing nothing but that. What you’ll get are the best possible Cuban Judo moves that are high-percentage and won’t take you years to master! What more could you want?

WE all know that Cubo produces some of the toughest athletes in the world. When it comes to martial arts, and grappling in particular, Cuba is nothing less than a breeding ground for Olympic and world champions. That includes both high-level wrestlers and world-class Judokas. Well, one of those standout grappling products of Cuba is Israel Hernandez. Hernandez is a two-time Olympic medalist, multiple times Pan Am champion and a 6-time winner of the prestigious Juan Ramos cup in Cuba. 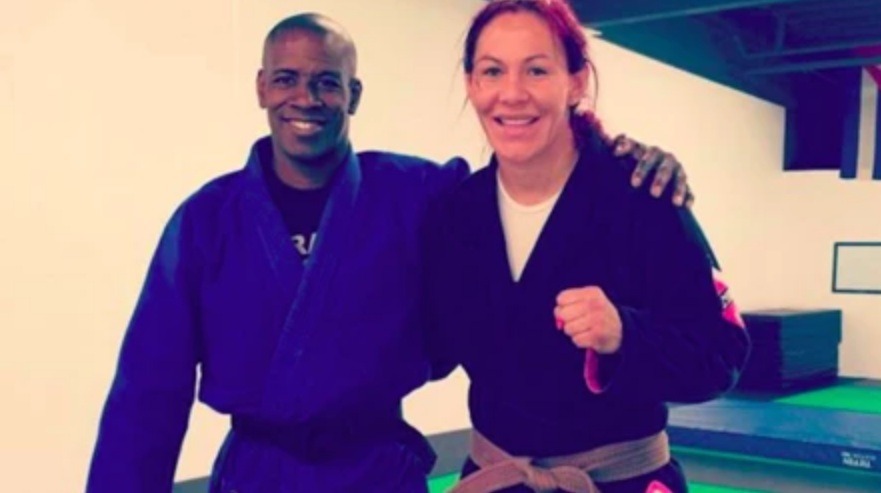 Born in 1970, Hernandez is one of the most knowledgeable and decorated Judokas alive. He conquered a bronze medal on two Olympic occasions, in 1992 and subsequently in 1996. He did so at 65 kg but has also competed in weight classes both above and below that weight. Since retiring from his competitive career, Hernandez has been teaching. During this time, he turned into one of the sought after Judo coaches of modern times.

Israel Hernandez is a published author and one of the leading experts on the Uchi Mata. SOm much so, in fact, that he can teach you how to do it at a world-class level in less time than anyone else! Speaking of that the Judo Building Blocks Israel Hernandez DVD does precisely that, actually. The Uchi Mata is a huge part of this instructional along with some really old-school Judo training concepts that’ll make you better in next to no time!

If you have the chance to learn from a Cuban grappler, whether it is life, through a DVD or a digital download, grab it! Ther’s no need to think twice, as such a chance means you get to learn real secrets of grappling that others do not posses! Israel really does offer a shortcut to learning Judo and odes it in style. Expect to get better fast, but do not expect to learn tens of different moves. Instead, be prepared to become a real master in the Uchi Mata, and everything leading up to it. As a former Judoka and a BJJ grappler fro almost a decade, I can vouch that this Judo Building Blocks Israel Hernandez DVD is the real deal!

The instructional contains four different volumes, each carefully covering just one subject. The goal is to really deconstruct and dumb down Judo’s most effective throw – the Uchi Mata. In all honesty, some do call the Uchi Mata the hardest Judo throw in existence. IF you follow Hernandez’s approach, nothing can be further from the truth! Form initial grip engagement and snap downs, through specific exercises to become explosive like Olympic level Judokas, all the way to Uchi Mata essentials that end up in crushing pins, this instructional has it all!

The first part of the Judo building Blocks Israel Hernandez DVD is actually something you’d expect to find in a wrestling instructional. Snap downs are basically ways of breaking an opponent’s posture so that you can maneuver them for a throw or takedown. In Judo, though, as opposed to wrestling, it is all about how you grip the Gi. In fact, the way Israel likes to put it is “how to use your hands to throw”.

As it turns out the arms playa huge role in how effective you are with throws in Judo. This portion of the DVD covers basics of gripping and throws and how to progress to pinning after a throw. There’s also an extended portion on throwing people in different directions using the snap-down method. Versatile, easy to understand and effective. Perfect for BJJ.

This is the one part of this DVD that makes it truly unique. While people sometimes include drills or even conditioning work in DVDs they never do it like this. Israel treats us to some old-school Cuban Judo methodology here. The approach is that you need to be strong and more importantly explosive to be effective. However, instead of doing it in general, Hernandez teaches specific explosiveness. To that extent, you get 6 different exercises that ‘ll turn you into a throwing machine, when it comes to snap downs and Uchi Matas. These are Judo specific exercises that you can do in the gym with a partner, so you won’t need a different facility.

The meat and potatoes of the Judo Building Blocks Israel Hernandez DVD is in volume three. This is where he starts to peel off the layers of the Uchi Mata. What I really love about this particular portion of the DVD is that it is divided into two chapters. They are both long and contain full systems that Hernandezexlpasins to perfection.

The first chapter covers some basic tips and trick for the Uchi Mata. Israel teaches the Uchi Mata by first explaining the 5 mother throws. In other words, those are five simpler, core Judo throws that combine together to form the Uchi Mata. This is the Cuban approach. The second chapter covers the Uchi Mata throw, through ha method called 3,2,1. It is a three-step process that ensures you get everything right, every time you do for this throw.

Finally, the ultimate portion of this instructional is all about pinning, Well, not really as it still has some further information on UChi Matas. Similarly to the second volume, this volume starts off with some JKudo specific exercises. Here, you get a total of 5. Two of the exercises focus on helping you improve the sweeping leg. The remaining three are all about getting the most out of your standing (support) leg.

Wrapping up are 10 crucial pins that Judokas like to use. Or at least Cuban Judokas. In Judo, a way to win is to keep an opponent pinned for a certain amount of time (around the 20-second mark). As you know this is not easy so Judokas have perfected certain ways of rendering an opponent motionless. Now, with this instructional, you get to learn 10 of the highest-percentage Judo pins in existence.

Hernandez is one of the top Judo coaches in Cuba and the world. He has worked with countless combat athletes, including champions like Ronda Rousey and Chirs Cyborg. His mixed old-school and modern approach definitely yield fast results. In all honest,y if the Judop Building Blocks Israel Hernandez DVD is anything to judge by, I certainly hope there’s much more to come from him in the future! Oh, and the instructional is available in both DVD and digital format.