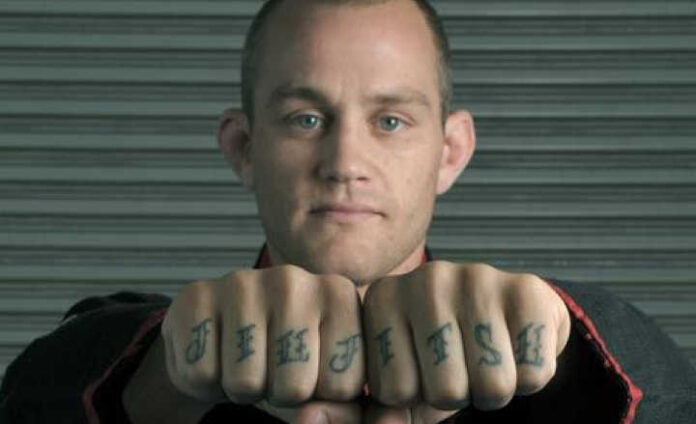 Recently, Jeff Glover was a guest o The Jason Chambers Podcats. While they were discussing many things related to Jeff’s career, his mindset, and other interesting things, Jason asked Glover about Nicky Rodriguez and his mindset.

Jason mentioned how wrestlers have 180 mindsets and they are focused on constant pressure and asked Jeff if wrestlers have the mindset that is more beneficial for the average Jiu-Jitsu guy walking in the door and should Jiu-Jitsu guys focus more on the aggressive mindset of wrestling. Jason supported his question with the claim that Jiu-Jitsu can be lazy with all butt scooting and guard pulling. He also asked Jeff if focusing on defense is the way to go for someone just starting Jiu-Jitsu

Jeff explained why BJJ, at the start, wasn’t created with professional athletes in mind. He also mentioned Heel hooks and why they were banned from schools and tournaments.

-Brazilian Jiu-Jitsu, Gracie Jiu-Jitsu wasn’t actually made for professional athletes. It was made for people that “have to go to work tomorrow morning”, and can’t have injuries and similar stuff. That’s the main reason why Heel Hook is outlawed in Brazilian Jiu-Jitsu because it would make people get hurt and cancel their membership, and ruin the teacher’s business.

Jason made a comparison of Nicky Rodriguez who does Jiu-Jitsu twice a weak as BJJ Black Belts. He asked Jeff Glover what BJJ Black Belt really means in real-world practicality when everyone has their own skillset while commenting that it’s all about filling the voids and getting better where you need to progress.

According to Jeff Glover, people think that Jiu-Jisu is superior to wrestling and that’s wrong because guys like Nicky Rod proved it.

– People in Jiu-Jitsu think that Jiu-Jitsu is superior to wrestling. We’ve put BJJ on this pinnacle, on the shelf and it holds so much value. We’re like, Royce won UFC 1, 2, and 3, and he beat all those martial arts, so Jiu-Jitsu is the best, it can’t be proven wrong. Then some dude like Niky Rod comes around he doesn’t know s##t about Jiu-Jitsu, and he wins.

– Wrestling is a martial art for sure if you ask me. You can’t see kids in high school wrestling programs getting picked on. It’s a fighting art if you ask me. Wrestlers are, as if not, more dangerous in the streets and bar fights than BJJ Black Belts.