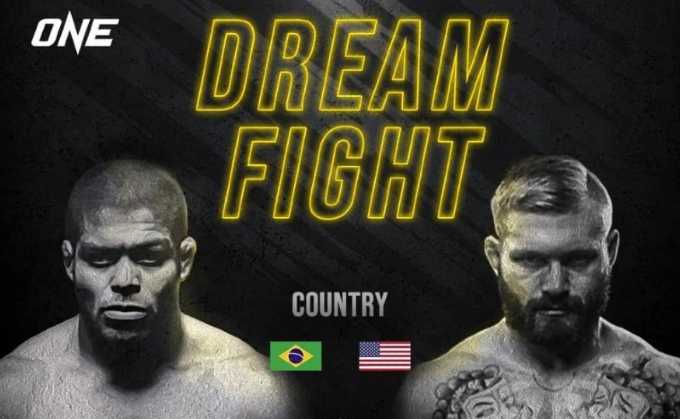 Andre Galvao vs Gordon Ryan is the match everyone has been waiting for since the huge controversy sparked between the two men earlier this year.

A small scuffle involving Gordon Ryan and Andre Galvao happened when Galvao approached Ryan insulting him and pushed him while he was doing an interview. Ryan then smacked Galvao in the face and they both had to be separated.

The moment spawned huge controversy throughout the entire BJJ community and it was even featured in the Joe Rogan Experience podcast. Since then Gordon Ryan has been constantly posting digs at the ADCC superstar Andre Galvao, trying to get him to face him in the mats.

Now that both of them have joined ONE Championship, the organization has not released a statement about the matchup but they have shown interest in making it happen. In their announcement of Andre Galvao signing a deal with them, ONE Championship talked about the rivalry between him and Gordon Ryan. They said that “…grappling aficionados would be thrilled to witness a showdown inside the Circle.”

The surprising part about it is the caption which asks fans if they would want to see these two men fight in a grappling match, or in an MMA fight!

Andre Galvao VS Gordon Ryan could be an MMA bout!

A twist no one saw coming but that would make for a very entertaining fight.

However with it comes to MMA, Andre Galvao does have the most experience. On the other hand, Gordon Ryan is probably the best grappler in the game today. So this is one that will certainly make the sparks fly as we wait on the edge of our seats to see when this fight will take place.

We were wondering when Andre Galvao would get to fight again and who he would face, but this match-up makes a lot of sense.

Who do you think is going to win this epic match?