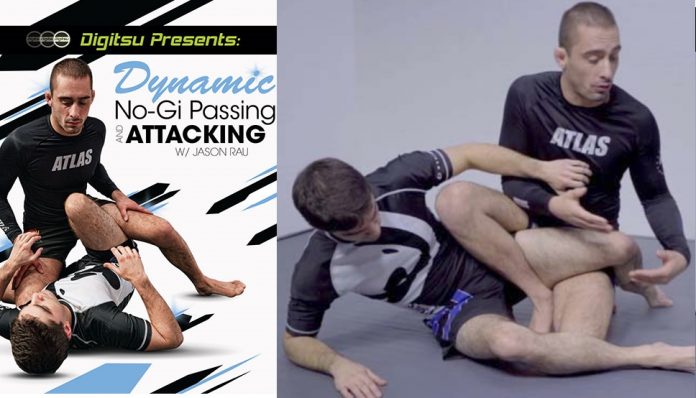 When you’re playing the top game in Brazilian Jiu-Jitsu, people usually see it in black and white. The standard version of the event takes you either in a passing direction or in a submission one. In terms of submissions, it is mostly rolling attacks and/or leg locks. However, if you take a look at what the top people grapplers in the sport do, you’ll see that they blend everything together. While this is not an easy skill to acquire, there are resources out there that can help you with it. In fact, if you want to turn into both a guard passing and submission machine, there’s only one. Check out the “Dynamic No-Gi Passing And Attacking” DVD by Jason Rau. You’ll be amazed.

Blending attacks together is a true mark of an advanced grappler. The good news is that you do not have to necessarily be an advanced grappler to use the concept. All it takes is being aware of it and having a guide so that you do not land yourself in trouble. With the “Dynamic No-GiPassinAnd Attacks” DVD you get both. Plus, you get Jason Rau, a highly-skilled black belt and top coach doing the demonstrations. All you need to do is follow the step by step progressions he shows and you’ll find yourself having double, and often triple the options you usually have when trying to pass the guard.

Jason Rau is currently a first-degree black belt under the legendary Matt Serra. In other words, he is yet another stellar coach to be associated with the Renzo Gracie NYC Academy. Although not in that particular academy, Rau teaches in Serra’s BJJ Academy, based in New York. Rau is one of the main instructors in the academy, covering both beginner and advanced classes. Moreover, he heads all the children’s classes, which makes him a highly patient coach in itself. However, Jason is much more than just a coach. He is also a very active competitor., on that’s not a stranger to the big JIu-Jitsu scene. In fact, he is the RISE welterweight champion, in addition to pursuing just about a No-GI occasion that comes his way. The lightweight is also ranked among the top No-Gi competitors of today.

Jason’s inclination towards No-Gi is understandable, given his lineage.  Apart from being a part of Renzo’s huge tam, he is a direct student and associate of Matt Serra, who thrives in No-Gi. While most people might remember more of Matt’s octagon performances, do not forget that he is as high-level a grappler as they come. NO wonder that Jason Rau has come up with such an intricate, yet simple way of dealing with open guards in No-Gi. As you watch the “Dynamic No-Gi Passing And Attacking” DVD you’ll see a lot of the Matt Serra and Renzo Gracie influence in there. In other words, you’ll see and learn stuff that works at every level. 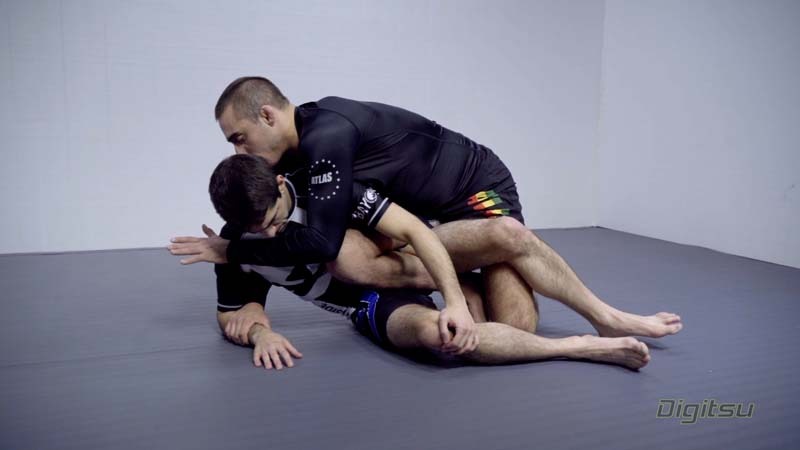 “Dynamic No-Gi Passing And Attacking” DVD is an instructional that features one of the best organizational systems I’ve seen. It helps you get an idea of what the goal is before you start opening up opportunities. Jason Rau is a master at making the transitions between different avenues of attack seem effortless. The instructional itself is long, lasting a total of 215 minutes. That is a lot of material to go through. What’s even more impressive is that here’s no time-wasting. Rau demonstrates every move in a simple and understandable fashion.

The way the instructional is structured is in sections that address specific subjects. For example, the opening section is on the knee cut pass and ways of dealing with the frame. Backstepsan rolling attacks follow before Rau heads over to uncover the secrets of pummeling. Lots of leg locks follow, primarily from the saddle position. A portion covering troubleshooting and several bonus moves wraps it all up in a tight little bow.

The opening sequence of the “Dynamic No-Gi Passing And Attacking” DVD starts off with a short introduction before exploring the knee ut pass as the primary attacking option. Lots of details here on how to stay in in the knee cut in No-Gi, thus enabling to consider your options. Passing is, of course, priority number one, but if that doesn’t work straight away, Jason Rau offers more solutions. To that extent, he spends a lot of time on how to beat the frames that most people use when preventing passes.

Unlike most other instructions, though, he does not offer a bunch of ways to get past the frames. Oen is enough, and that one is, for now, the knee cut pass. Instead, he opens up other types of attacks – submissions. The idea here is that he will either get a tap or a pass or very often both. The techniques he uses as frame beaters are the D’arce choke, Triangle, Kimura, and leg locks from the Saddle position, when he has to “head back”.

This is the portion I really enjoyed watching. The method behind the madness is a high-level concept that took me a long time to understand. But then again, I didn’t have an instructional like this one to make things easy. The concept is that the more you can attack submissions in transition, the tighter and higher-percentage they will be. Examples that Rau uses are the transitional triangle and a back step into the Saddle Ashigarami position.

Moreover, he explores rolling as a manner of getting past your opponent’s guard. Against skillful and/or athletic guard players, particularly in No-Gi, you’ll often find it hard to execute your favorite passes. Another path you can explore is rolling into attacks, like the Anaconda choke. What we often see as just a choke, Rau sees as a position to get you past the legs and into further attacks. To that extent, he offers not just choke details, but also transitions into the back mount and even more leg locks.

Pummeling is arguably the most useful skill you can have in No-Gi. As far as Jason Rau goes, he considers it superior to anything else, which is why he spends a big chunk of his “Dynamic No-Gi Passing And Attacking” DVD instructional covering this concept. I say concept because he doesn’t just offer you shin circles and passes. He explains the idea behind pummeling, and how the pummel pass works. Similarly to before, straightforward passing pretty much ends there. The options that follow all work off the pummel pass, but extend in many different directions.

Since this is a No-Gi instructional by a Renzo Gracie lineage black belt, it is normal to see a lot of leg locks. The Saddle position features yet again, this time as a means to improve the rate of the pummel pass. However, there’s even more craziness that follows. One of the most attractive setups you’ll see in this DVD has to be the Twister hook back to take off the pummel pass. Jason makes it seem a breeze the way he explains it. Back takes, Kimura traps, and even a return to the knee cut pass can be found here as well.

Thre’s a short series on smash passing before Jason Rau actually goes into exploring the Saddle. Those couple of chapters do not cover a new pass, but another principle of putting oyur opponent under duress. Of course, back takes and heel hooks are the ultimate goals yet again. Which brings us to the Saddle.

The Saddle, AKA Honeyhole, AKA inside senkaku is the worst position you can find yourself in. Escaping is notoriously difficult and there’s a leg lock buffet on offer for the attacker. Moreover, the position is legal, and some of the attacks are also allowed in all belt levels. What is different in the “Dynamic No-Gi Passing And Attacking” DVD is that Jason Rau covers not just leg locks but transitions out of the Saddle. Those include back takes and returning to passing if, for some reason, your leg lock attacks fail.

Before Rau concludes with a  series of troubleshooting solves, he does cover a few more techniques. For example, there’s a portion on single Leg X guard and XZ guard passing, once again ending in the Saddle position. What I particularly enjoyed are transitions from one submission to another, which he has in the form of AshiGarami to back control.

In the troubleshooting portion, the focus is on polishing the numerous submission attacks that compliment the passes and transitions. The heel hook gets a lot of attention here, as does the rear-naked choke. Rau also goes back to deconstruct the Anaconda choke further and ends with key details on the Kimura trap. The closing chapter of the DVD is about the approach to drills and how to incorporate them to learn the system faster.

There aren’t many instructionals out there that blend all the top game attacks into one system quite like the“Dynamic No-Gi Passing And Attacking” DVD does. In fact, I know of none. Usually, BJJ DVDs cover either passing or submissions. This Jason Rau instructional is a real game-changer, as it is going to help both submission hunters and guard passers. Moreover, it is great for students of all levels, since there are tons of information in there.