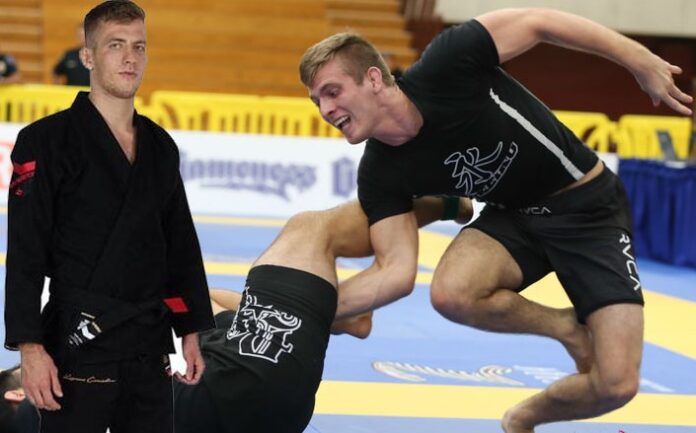 According to BJJ world champion Keenan Cornelius, training No-Gi Jiu-Jitsu is so much simpler than training with the Gi, that it actually makes you underthink and is therefore better for people with less brainpower.

Keenan Cornelius returned to No-Gi competition after several years at the latest edition of the IBJJF No-Gi Pans, which took place last October. The ADCC veteran, known for his infatuation with Gi Jiu-Jitsu and the use of lapels in various versions of his Worm guard, is actually really good at No-Gi, but did enjoy making a video for social media where he claims training without the gi requires very little thinking.

“So, some of the things I’ve been working on lately… Obviously, I’ve been doing a lot of no-gi and trying to understand – conceptually – what the goals are.

The way that the game has evolved is really amazing and I’ve been enjoying it a lot. And I see that, even though no-gi is a simplified version of gi – for people with less brainpower – I appreciate the simplicity,” said Keenan Cornelius in a video on his Instagram account.

He went on to elaborate:

“It’s so simple that you actually have to underthink… You have to think less in no-gi than you have to think in the gi – and that can be liberating. But also, all of the hyperanalysis that I’ve done in the gi is useless.

So, it’s like going from chess to checkers… Where, if you move the checker piece harder and faster – and with more steroids – you have a higher chance of winning.”

At this point it becomes clear that Keenan Cornelius is actually mocking the idea that No-Gi is intellectually inferior to Gi, especially as he concludes:

“… That is not a bad thing. It gives you an opportunity to improve your body. It really, like, brings your body into the game in a deeper, more visceral way.

Because you need to think, like: “I need the strength to be able to pull of this move.”