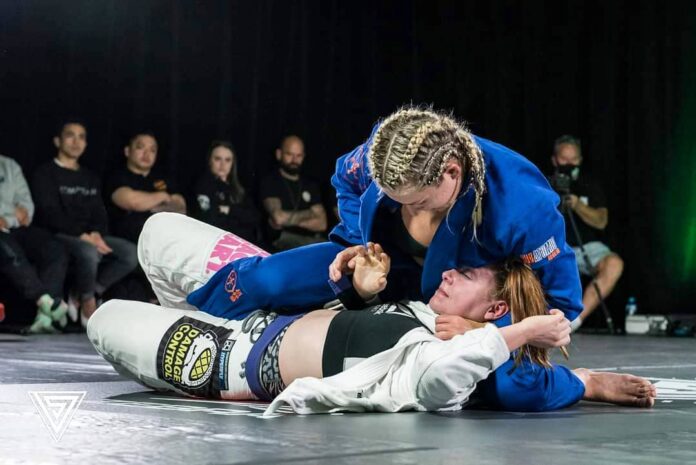 The world of Jiu-Jitsu is pretty much split between Gi and No-Gi BJJ. Don’t get me wrong, lots will say that they enjoy the two, but if you ask them to pick, everyone has a favorite, That is okay, and in the future, I’ll present a case for integrating both into a highly successful BJJ game. For now, though, let’s do something that I feel has not been done in a while – focus on Gi Jiu-Jitsu. So many articles and instructionals teach us how to grapple without the Gi, or show Gi moves without really explaining the role the kimono plays in all of that. let’s show the BJJ Gi some love.

The Gi is a very interesting thing. Apart from the visual (in some cases) and the feel of it, in terms of Gi Jiu-Jitsu, it is really intriguing. On that note, most people far from use even close to the full potential of the Gi. And it has so much to offer, especially when done right By right, I simply mean that people tend to just grab parts of it, thinking they’re achieving something when in reality, they’re not. Today, I’ll try and present the Gi as the ultimate weapon for executing pretty much everything you can think of in Jiu-Jitsu.

Have you ever wondered why we train Jiu-Jitsu with the Gi? I won’t go over a history lesson about the Gi here, that has been done over and over again countless times. However, apart from the respect towards the Japanese roots and Maeda, why did the Gracies not only choose to work with the Gi, but forced it to a point when it comes to BJJ?

I doubt even the Gracies know the correct answer, but it is fact that the Gi offers lots of opportunities when grappling. In fact, even Judokas and Sambo practitioners have not truly gone into the depth of the Gi as BJJ folks have. Gi Jiu-Jitsu is truly an art form in itself.

The Gi, all three parts (the jacket, pants, and belt) have very distinct and diverse roles to play when it comes to controlling, attacking, or defending during grappling exchanges. Nowadays, when you see most people train Gi Ji Jitsu, you see grips all over the material, as well as lots of play with everything that is loose, from lapels to parts of the belt. the truth si that most of these grips only waste your time and leave you exposed instead of providing you with an advantage. Simply holding the collar, or the sleeve, for example, will not give you anything but a handle. When you take into consideration that this handle moves along with your opponent simply hanging on means you’re not achieving anything.

That is not to say that the Gi is useless. Quite the contrary, it is a very powerful tool, but you need to understand where its advantages and its drawbacks are, in order to get the most out of it.

When you attack in Gi Jiu-Jitsu, you always have to consider whether the grips you are holding are helping you control the opponent, or you are just giving them control by holding on.

I’ll use a practical example. If you are holding your opponent’s collar from half guard bottom, what are you achieving by it? If you are using your top arm on the same side collar, with the elbow straight, not much. You’re actually giving them a lever to control, and providing open space between the elbow and torso. If, on the other hand, you hold a cross collar grip, your elbow to your torso or knee on the top side, you know have a meaningful grip that can affect the opponent’s posture directly, or their base indirectly. Both of those options provide chances to sweep or submit. That is a proactive grip.

Lapels will also work but you have to think about what you’re getting when using them. Wrapping their lapel around your leg won’t’ get you much, except maybe your leg locked. wrapping some body parts of theirs (armpit, elbow, thigh, shin, etc) on the other hand, will cocoon your opponent and allow you to play around with them.

Holding the sleeves is also a huge thing in Gi Jiu-Jitsu. Once again, it is mostly done for the sake of holding. For example, one of the most useless grips ever is grabbing the sleeve at triceps level, whether it is standing or on the ground. Something you can actually use, sticking to our half guard example would be a cross-sleeve grip with your bottom arm. Alternatively, the same side sleeve grip in combination with the cross collar will pretty much destroy all chances of an opponent preventing a sweep. Think about it.

Offensive use of pants grip, from our half guard example, would employ gripping on the inside, either at knee level or even better, with a proper grip at the bottom of the pants. Obviously, you’d use the bottom arm to get this grip. Lots of stuff, like the Tornado guard, are actually based on grips like this. grabbing the pants on the outside of the knee is an example of a waste of time. Again.

The belt is a highly unreliable grip to hold, given how easy it comes undone. OFfensively it doesn’t offer much from the half guard bottom, but you can be creative. If it is in place it is a great handle to have after wrapping an arm around a foot, for example. It is a direct way to control the hips, especially from behind. 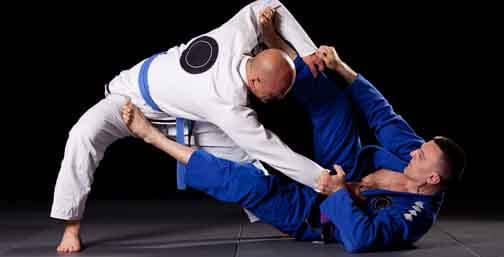 Defend With The Cloth!

Let’s look at defense by using the Gi. Once again, everything you do has to have a meaning, otherwise, you’re just giving things away to your opponents. Let’s say that you are caught at the bottom of the mount. The collar grips are usually thought of as a bad option because of the threat of armbars. However, Holding on to the back of the collar, four fingers in, against an opponent’ that thas their head low in mount (as they should) is basically a Gi Jiu-Jitsu variation of a Thai clinch. This way you protect your neck, arms and prevent the opponent from going into finishing positions. It will even help your Upa escape, if you ara fn fo that.

Lapels from bottom mount are not something people often consider. However, it is not hard to use a lapel that is already available (your opponent’s) and reinforce your frames with it. Snkeaing it underneath a leg would e ideal, but blocking one of their arms with it is going to take away most offensive options they have and force them into errors.

Sleeves are the best option in terms of defending in Gi Jiu-Jitsu when stuck at the bottom of the mount. Think about it this way – what can an opponent do if they can’t use their arms against you? This is a proactive approach to defense and gi Jiu-Jitsu offers plenty of options to explore. Simply gripping both sleeves and having your elbows close to your body will make the top person open up space for escape.

The pants also provide interesting options, but you have to think outside the box. What will really help is figuring out where to grip after you frame at hip level. Depending on the pants there are several options here, all of them basically making the person on top stuck in place.

The thing I’m about to suggest with the belt is helpful and practical, albeit illegal by IBJJF rules. From the bottom mont, placing a foot inside the belt and simply kicking with your leg is a great way to throw anyone off of you. 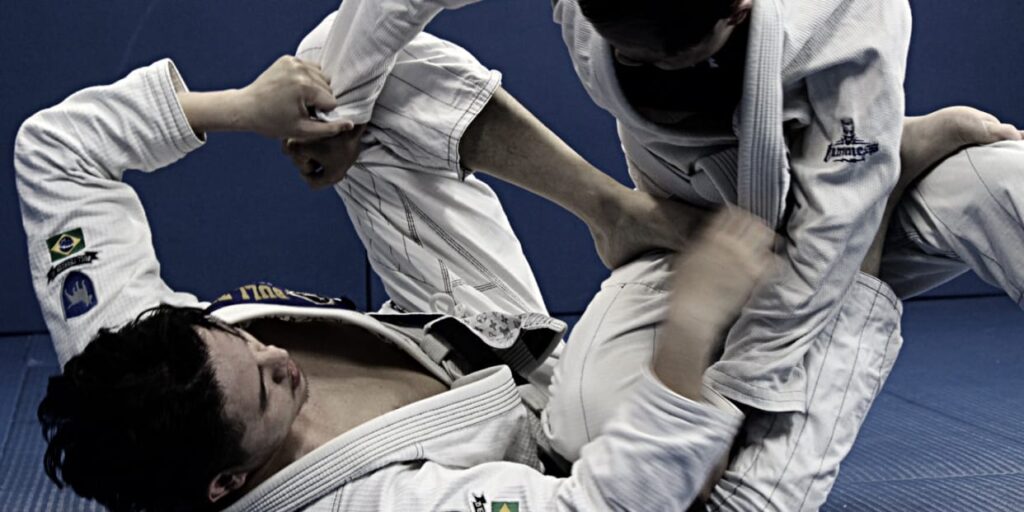 Gi Jiu-Jitsu can be actually way more fun when you’re using the Gi to your advantage, both in offense and defense. Make the grips count, and do not be afraid to let them go and switch things up. Above I used just simple examples of how you can play a high-level Gi game. Of course, there er plenty of things to explore and discuss, but the point of this article was to make you think about and reconsider who you use the kimono, not teach you how to attack or defend with it.