Have you ever been to a BJJ or grappling tournament? Of course, you have, you are reading BJJ World after all. Very often you hear people complain, and on a rare occasion, praise how a certain tournament is organized. As usual, it is very easy to judge provided you only have the experience of a competitor or a spectator. However, until such a time as you organize a grappling tournament, you will not know what a huge endeavor that is. Moreover, organizing one will make you appreciate other’s attempts much more when you go as a competitor.

Now, let’s make something clear right here. This is not a blueprint for organizing a grappling tournament. I will only talk about some of the most basic things you need to take into consideration. Like every event, organizing a tournament has a million moving parts and each of them has the propensity for going wrong. If you’ve ever organized any event, you know what I mean. However, there are certain foundations of an event such as a grappling tournament that simply have to be spot on for it to work. Here’s a look at what those are.

The Craziness Of A Grappling Tournament

What happens at a BJJ tournament? Apart from the matches that everyone is so focused on, what does it take for you to put one together in your area? Well, to begin with, a lot of time and nerves. Be prepared to waste as much physical and mental energy, as you would if you are competing. By the way, if you are organizing a BJJ or grappling tournament I strongly advise against competing in the same one. Unless you are that talented.

A grappling tournament is a very crazy thing. As an organizer, you will need to filter things out as they go. Any game plan you might have had will go straight out of the window. That said, a BJJ tournament does not only take place on the day of the actual event. For the organizer, it starts months in advance and intensifies with every passing week. The real start of the tournament for the person(s) organizing it is around two weeks before the D-day. This is when you should expect everything you do in your day to be in relation to the tournaments in one way or another. trying to juggle other stuff, like a full-time job while looking to organize a tournament will end up with you requiring sick leave or a long vacation.

On the day of the tournament, start the day by waking up early and having a large meal. Even if you are not hungry, trust me, you will need it. The moment you leave the house, you won’t have time for anything until you get back. You will have to be engaged with people constantly, from competitors to coaches, referees, and all of the staff and collaborators that make a grappling tournament come together. That, and putting out fires left, right, and center! 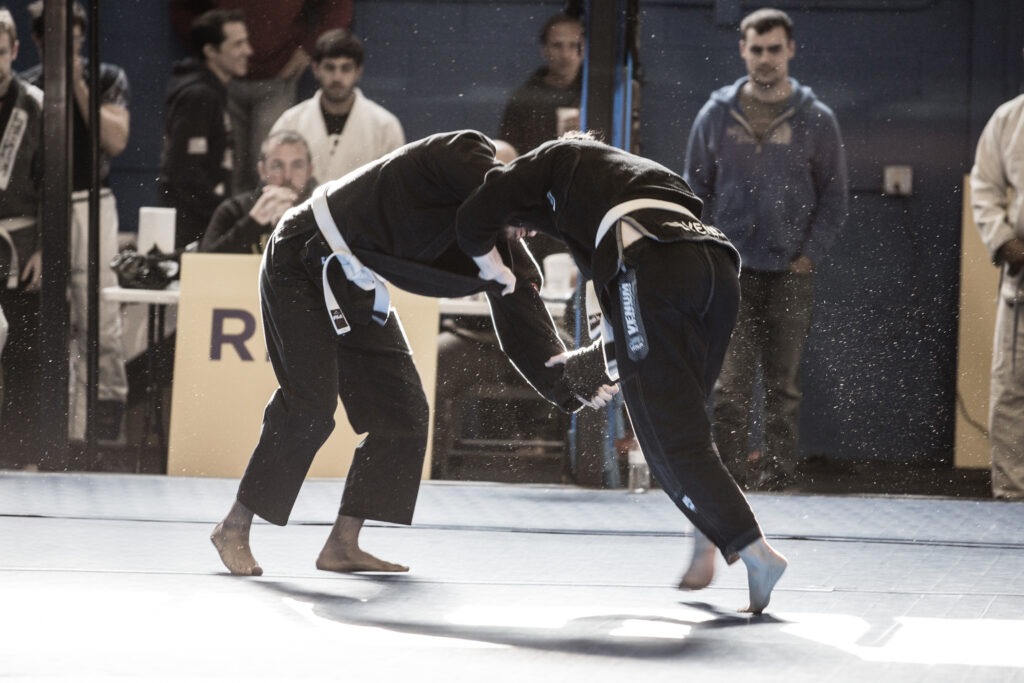 What Does It Take To Put Together A BJJ Tournament?

There are many things that are integral to putting together a solid BJJ or grappling tournament. All of them need to be prearranged and come together as close as possible to perfectly on the day of the event. TO make things easier, I divided them into several categories, which pretty much take care of all the basics. All the additional bells and whistles, as well as unexpected turns of events, are impossible to predict and down to you, and well, Murphy’s law.

Of course, there is no way to even think about a grappling tournament if you have no place to hold it at. A venue of the right proportions in regard to your tournament is going to be crucial and it should be the first thing on your mind. Usually, sports halls and centers offer everything in one place, but other fancier or more exotic locations might also be an option.

Apart from the venue which should have more capacity than what you are expecting, you should also be aware of what a difficult task setting mats up can be. Make sure you have the appropriate number, type, and quality of games, plus a solid reserve. If you’re putting together a local tournament, or your first ever one, 4 mat spaces will probably suffice, and you can get out with as few as two.

Apart from mats, this is where you think about those screens that work as monitors for the points, screens that show the schedule on the mats, and all the other things you will need. For example, desks for each mat, a registration desk, a warmup area, fences, etc.

Nowadays, the moment you decide you are going to organize a BJJ or grappling tournament, you will need to decide which ruleset you will follow. Back in the day, it was easier, as most local tournament organizers opted for the widely accepted IBJJF ruleset. Now, we have an abundance of different rulesets, ranging from the ever-present IBJJF and ADCC ones, through EBI rules, all the way to crazy new ones like Quintet. Whatever you choose you to have to make sure that it is clearly stated in the registration forms and promotional material for the tournaments. Even more importantly, the choice of rules will also influence your choice of referees.

Speaking of rules, this is also the place where you should consider divisions and weight classes. You can go with pretty much everything, but if it is your very first time in tournament organization, I’d skip the kids’ divisions. Make sure you include masters divisions, though, as there is a huge pool of competitors over 30 in Jiu-Jitsu nowadays.

I would strongly recommend using an online-based system like Smoothcomp. It will help you organize not just your registration, but will also help collect the fees, as well as provide you with a full schedule for the mats that people can follow in real-time on a TV screen of any sort.

If you are going for a tournament that will feature more than the people in your immediate vicinity, this is what will make your day run way more smoothly and spare you lots of headaches and paperwork.

Speaking of paperwork, this is the post to mention that you should have disclaimers for people to sign, acknowledging that it will not be your fault if their competitive performance results in an unwanted injury.

This can be kind of tricky if you do not have people handy. As someone who has organized a tournament and refereed in one, I would definitely suggest against doing so. Refereeing takes a lot of focus and should be done by someone who doesn’t have any other distractions. That said, your choice of referees should always be of competent ones that you can trust, given that most grappling tournament complaints have t do with refereeing whether they are founded or not.

The ruleset will be the first determinant of who your referees are and the price for their services the second,. that said, if there is one area of a grappling tournament where you should go for quality apart from the mats for the competitors, it is the referees.

If it is not you that will put up sales stands, then it will be someone else. It is another hugely important part of the logistical puzzle, especially when you are the one offering grappling item for sale. Do not forget that stuff like T-shirts, rashguards or even Gis can be great vehicles for promoting your tournament, to someone else who si sponsoring you., thus enabling you to have a sales stand.

Apart from grappling gear, selling snacks (BJJ folks love their Acai) and drinks is a must. If you don’t have the intention of running one then you should definitely outsource one to somebody. Oh and make sure sales stands look interesting and appealing, not just to attract people, but because of the overall image of the tournament.

Sponsors are a highly individual thing, or better said, a thing of opportunity. A tournament will run a lot better with sponsors, but if you’re organizing one, you already know that. Simply put, you will be hard-pressed to run a successful BJJ or grappling tournament without sponsors. In that sense, you will need to accommodate them whether it is by acknowledging them in an opening speech, having their stuff up for sale, or displaying their banners around. Be ready to deal with them on the day of a tournament a lot.

This part of the equation will make or break your tournament. The people you employ, whether they are there for a fee or working as volunteers, will be crucial to how your grappling tournament is perceived by competitors and spectators.

What you need is a three-man crew behind every table on every mat, running the score, keeping up with the action, and taking care of administrative duties. You also need mat coordinators for each mat, those that will prepare people for upcoming matches, thus preventing unnecessary delays. you also need a person to do the announcements, and that should involve someone that has experience if that is a possibility.

You will also need to make sure you have a medical team on standby. Having a crew of a few people to take care of the distribution of medals on the podium is also a good idea. And last but not least, do employ the services of a professional photographer. You can thank me later for that particular tip. 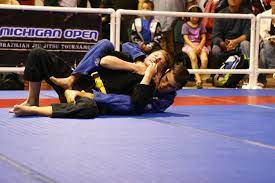 Do not forget that promoting your BJJ or grappling tournament is the one single thing that will make it succeed or fail in terms of a number of people. The reason I said that a tournament starts a few months before the intended date was mainly this. When you figure out the name of your tournament and book the venue, the first thing to do is focused on aggressive promotion via any means available. Nowadays, that mainly has to do with social media and online marketing, and you should take it very seriously.

People will need to plan to go to a tournament, so make sure you start your promotion as early as possible and do intensify it as the date approaches.

Organizing a BJJ/grappling tournament is no easy feat. You can expect lots of hurdles and issues to overcome, and that is if everything runs smoothly. If you factor in the key elements thought, and your execution of tasks is efficient, you can expect to have a successful event and a good, albeit exhausting, time. When it comes to organizing a tournament, it is pretty much the same as competing or refereeing in one – practice makes perfect.