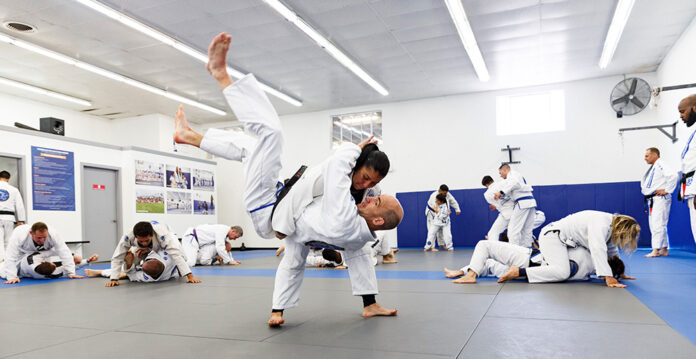 What kind of a BJJ school are you training at? What, you had no idea there is more than just one kind of BJJ school out there? Well, you’re in the right place then. This is the one guide that will teach you everything there is to know about Jiu-Jitsu schools. We will cover everything, from types of schools, the best schools in the world for different goals, stuff to look for when picking an academy for you, as well as how whether to not you should change BJJ schools. Let’s go!

Walking through the doors of a BJJ academy is obviously the most important step. At this point, having a clear idea of what Jiu-Jitsu schools are all about is not usually high on the priority list. After all, there are things like commuting and daily obligations to consider. Still, if a school doesn’t really fit you, you need to be aware that there are other options out there, probably really close by, and that you can pick whatever type of school you feel is the best for you/ After all, you need to be enjoying yourself when training!

The two basic types of Jiu-Jitsu schools that everyone is aware of are big schools, both in reputation and number of student, and smaller ones. Depending on your goals, which we il cover later, you should factor in this basic categorization first. If you are just starting out, I’d recommend starting at a smaller school with a good reputation. That way you will get a lot more attention as you develop, and can switch to a bigger one later on.

That said let’s take a look at the 6 most common types of Jui Jitsu schools across the world and what you can expect from each of them.

This is probably the most common type of school out there. In most cases, these are gyms geared towards Gi training, although a lot of them also offer No-Gi classes as well. They welcome both seasoned competitors and recreational athletes alike. The classes are all about sports Jiu-Jitsu, with lots of attention on points and positional work as well as competition tactics. These Jiu-Jitsu schools might be big competition dens or just your regular next-door academy, but what is common is that they are focused on BJ Jas a sport above anything else.

These types of schools tend to be more obvious when they specialize in NO-Gi rather than in Gi. training BJJ with a Gi is considered more or less the standard, or at least it was. This made No-Gi schools kind of renegade spots until a decade ago. Nowadays, if we take sports schools that teach bot out of the equation, there’s probably an even distribution between gyms that specialize in Gi or No-Gi. These types of schools might cover both sports and self-defense aspects of BJJ, given that they are categorized by the training gear worn during classes. For the most part, though, they are also under the sports school umbrella in terms of the organization of classes.

These are sports Jiu-Jitsu schools, that usually do tend to specialize in Gi or No-Gi. Even the way they organize classes and teach techniques geared towards creating the ultimate effective BJJ fighters. While it is a sports-originated gym in the grand scheme of things, it is one that is focused only on the competitive aspects of the sport. The classes are usually tightly structured and involve a lot more hard work than a regular BJJ class.

Lots of drills and conditioning components, as well as really hard rolls that mimic matches, are the standard in such schools. These are highly efficient at producing top competitors but are not really the spot for room one looking just to have fun and dabble in BJJ. For the purposes of comparison, these are the closes to wrestling schools in terms of the atmosphere and overall approach. 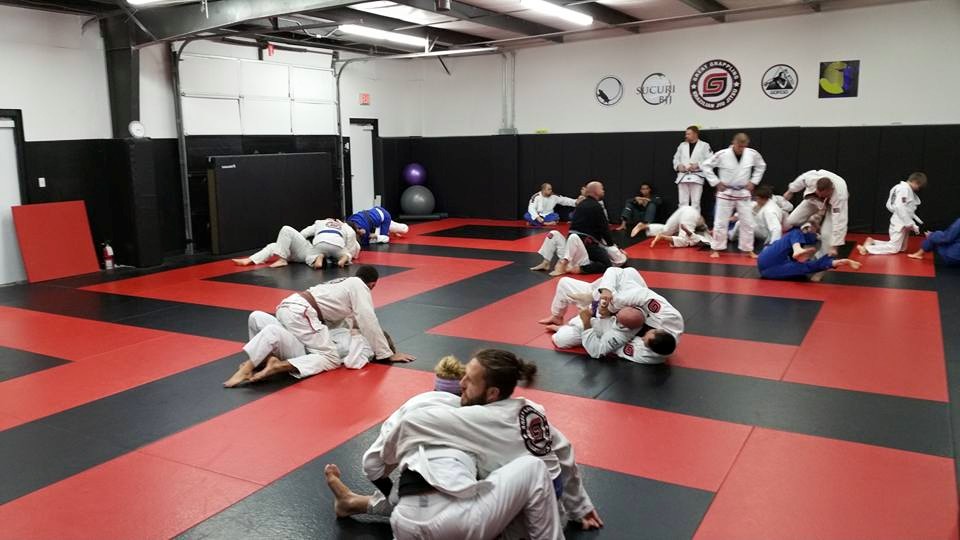 These are more or less a dying breed of Jiu-Jitsu schools. while all of BJJ started off with a strong emphasis on self-defense training, the development of the art into sport has changed that. The Gracie Jiu-Jitsu type of school is somewhat of a rarity nowadays, but they still do exist. As long as the person teaching is legitimate, and not just someone that has great marketing but no fighting skills to speak of,l this can be an interesting experience. these types of schools also feature sports BJJ, but they allocate at least half their class time to self-defense. Al the academies under Rickson Gracie, for example, operate under these principles.

By MMA here I just mean mixed arts type of schools, not only MMA gyms as we know them. BJJ is something that people love to train, so many martial arts “centers” offer training alongside other disciplines like Jeet Kune Do, Wing Chun, Karate, Kickboxing, etc. IN most cases schools like these employ a coach that has several classes per week to teach BJJ, mostly in a sports aspect. these types of schools can usually take you so far, though, and you’ll probably be looking to a more specialized Jiu-Jitsu school after a certain belt rank.

If an MMA school that teaches BJJ has all the classes for all martial arts run by just one person, then it doesn’t qualify as an aMMA school, but more likely, as a McDojo.

A McDojo is basically not a BJJ school, but rather a business. Any gym or school that is looking for profits more than it is looking at improving the knowledge of the students and members is pretty much a McDojo. If the person in charge claims they’re an expert in everything from BJJ to Taekwondo, and won’t let people train unless they buy a special school Gi, T-shirt, shorts, etc, it is all about the money and you should get out of there ASAP. Unfortunately, these are becoming so common that they have to be mentioned among legit types of Jiu-Jitsu schools.

Now that the most common types of Jiu-Jitsu schools are out of the way, let’s talk more about what are the best ones out there. Of course, the categories we used above still apply, but some academies have simply excelled compared to others in certain areas, like competition den’s or spots where you get to learn from some of the best coaches regardless of your goals. Thera rea, of course, the places where training is not only high level but also extremely fun. 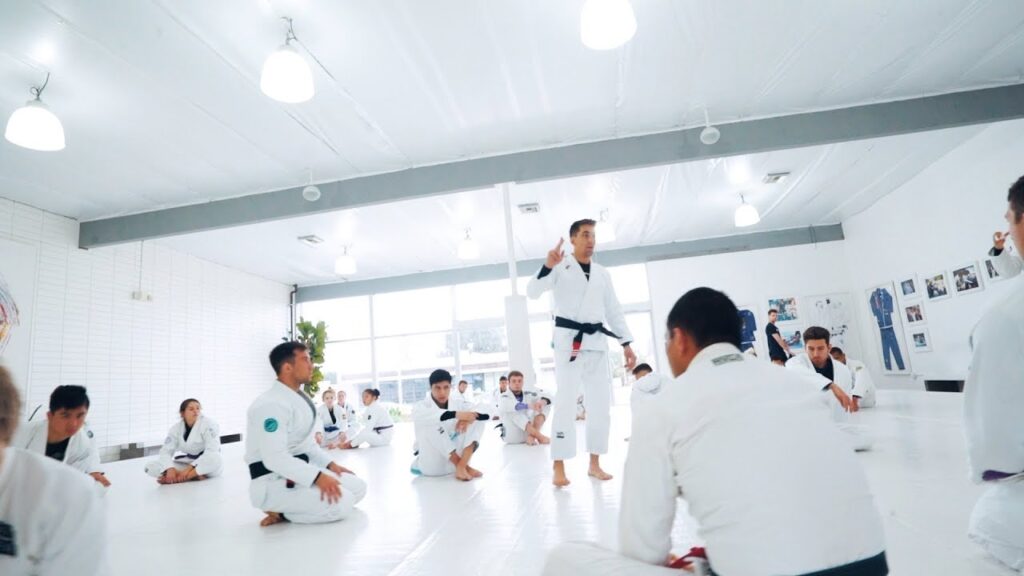 BJJ Acadmeis That Are As Fun As They Are Tough

Some BJJ schools out there, do like to break the mold and in more ways than one. They offer a very high level of BJJ and do produce some awesome competitors. However, they also focus on making the entire experience fun and unusual, rather than more of a traditional military-style competitive training and drilling.

What To Look For When You’re New

How exactly do you know if you are in the right BJJ school for you? After all, as you saw from the few main categories covered above, there are many options and alternatives when it comes to Jiu-Jitsu schools However, it is not just our end goal that should determine which school you pick. Yes, you might want to be a recreational athlete with occasional tournament experiences, full-out competitors,s or just have fun. However, that is looking at the bigger picture, and in the case of picking a BJJ academy for you, you’ll need to look at things from a narrower perspective.

To begin with, you have to account for commuting. Let’s face it, not everyone will travel for 3 hours in1 direction several times per week, just to train for an hour and a half. So, you will be somewhat restricted to what is near and easy to access, which is ok, as long as you are not looking at a McDojo.

next up, the instructor is also a very important thing to consider. they do not have to be black belts, but they need to know what they are doing, and they need to know how to actually convey knowledge. There is a huge difference between someone that can teach you Jiu-Jitsu and someone that will just demonstrate moves. This has to top your list of requirements when picking a Jiu-Jitsu school.

You should also take into account how classes are structured. Jiu-Jitsu schools with groups for different levels are usually a better choice compared to ones that just cram everyone in one place. Moreover, you need to gauge how they receive you, whether they ease you in or just say hi, tell you about the fee and let you figure it out.

Hygiene is also a big thing and that will be apparent from the moment you enter. There’s really no way around this, and no compromising on this point, so pick the cleanest school that also fulfills as many other important criteria as possible.

Finally, add in the information on the school’s focus, i.e. put it in one of the main categories we outlined above. 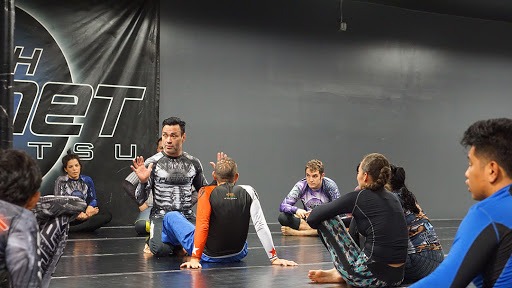 This is somewhat of a controversial subject in the BJJ world, despite it really is a simple thing. The bottom line is that you can choose whatever you want, as you are doing it for yourself, and you are the one paying for the service.

The reason for all the controversy is that in the early days when there weren’t as many Jiu-Jitsu schools, switching your school for the only other (for example) spot in town was seen as treason. So much so, in fact, that there’s a word for these that is often used – Creonte. Loosely translated from Portuguese it mains “traitor” and having the label was considered to be a big deal.

Nowadays, the situation is different. While some still subscribe to the Creonte approach, there’s really nothing bad about switching one school for another, and another, or even going back to one, as long as you do it in an honorable and sincere manner. Most instructors won’t mind. In fact, if you are at an entry-level school, like a local one that has a purple belt instructor, and you want to be a top competitor, it should b your instructor to guide you to a bigger academy more equipped for your goals as you master the basics. It just makes sense.

When it comes to changing schools, whether you’re just starting out and giving different ones a try, or you are experienced and looking for the next step, just make sure the next school you are considering ticks all the right boxes for you.

There are many things to understand about Jiu-Jitsu schools, and even then. You’ll only scratch the surface. The truth is that every school is different, and every school has something unique to offer. Sure, you’ll learn BJJ in most of them, and you can reach all the goals you set by just doing a quick Google search of the academies in your vicinity. However knowing the types, which the best schools are, the important aspects of picking a school and some of the cultural aspects in regards to the community, you’re perfectly equipped to go school-hunting.