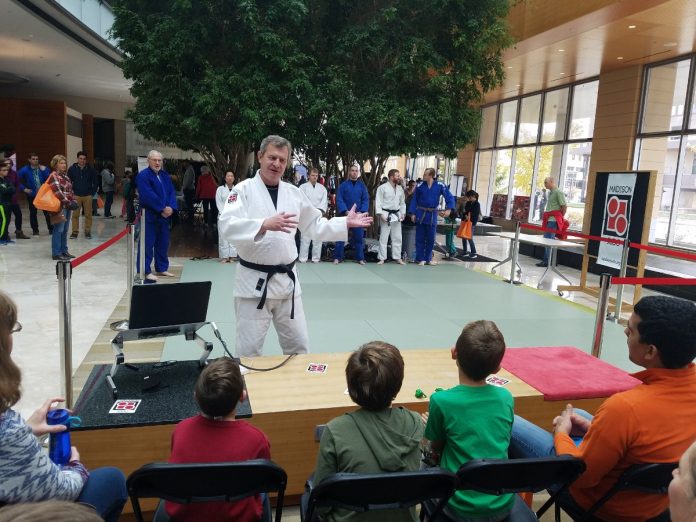 When we say Brazilian Jiu-Jitsu is a martial art, it doesn’t just mean it is an art form, and nothing else. It is obvious from the sport aspect of things that BJJ Is a lot different than stuff like Aikido, where the philosophy of energy and stuff like that is in the focus. Instead, BJJ is way more realistic, and highly affected by different laws of nature, be it the laws of physics or psychological theories. That brings us to BJJ science: what is it that makes Jiu-Jitsu tick, from the standpoint of science and logical thinking, rather than that of BJJ as an art form.

BJJ science might not sound like something you’d really use to explain aspects of the sport, but it does make a lot of sense, once you stop and think about it. From leverage to power, from figuring out solutions to trying to make the best out of unpredictable situations, we’re bound by laws and hypotheses that are deeply rooted in science. Factoring these laws into the equation of grappling, whether it is rolling or competing, will make a huge difference in anyone’s BJJ game.

How do you go about figuring out BJJ science? You don’t have to be a scientist by trait to understand some of the most fundamental laws that are behind Brazilian Jiu-Jitsu. It does extend past just the concept of lever and fulcrum, which just about everyone knows is at the core of most martial arts. However, that does not mean you need to solve complex equations and do scientific breakthroughs. It just means that you need to recognize where science really helps you with your BJJ. 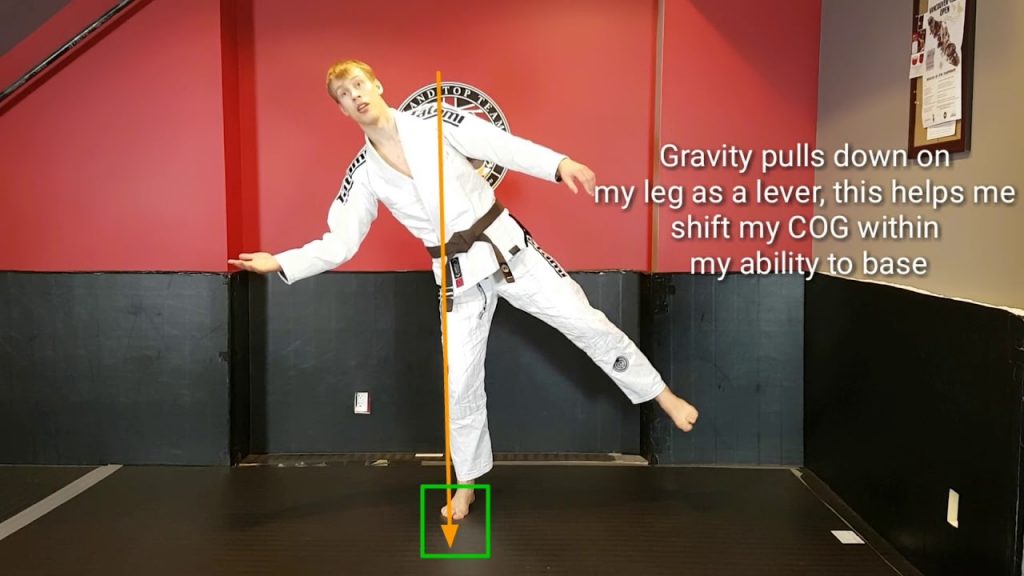 If you take a look at the scientific side of Jiu-Jitsu you’ll notice that there are all kinds of scientific braches you can apply to the sport. Form the obvious physics things (inertia, gravity, levers, etc.) through biological things like anatomical structures and their weaknesses, all the way to psychological mind games. Whatever it is you take for example has a lot of science behind why it works. An armbar, for example, is clearly effective because you push the elbow in a direction it doesn’t naturally bend in. However, understanding the concept of and fulcrum will help you further figure out why an armbar works. A look into human anatomy and biomechanics will only give you more ways of setting up, holding, and finishing the lock compared to just doing it based on the steps you use to train it in class.

I personally think science references should be a part of every BJJ class. They help us understand what is going on much better, and people do respond well if you use everyday examples to explain why things work. A BJJ science class doesn’t have to be boring like science in school (for those that didn’t love it). It is easy to tell people how to strangle others and break limbs when you can explain it in terms that are universally true for everything and everyone.

The Laws Of Jiu-Jitsu

BJJ science is bound by just about every possible law and theory that applies to every living thing. While everyone that trains are individually different, and adjustments are important, the underlying principles of the laws of Jiu-Jitsu apply across the board. That is why they are laws. In those terms, physics laws dominate Jiu-Jitsu, where all we do is manipulate people’s bodies against their will and against resistance. However, other aspects of science that go much deeper than just what we see help us make our grappling even better.

Everyone knows the law of inertia. It has to do with Newton’s first law of motion – objects tend to “keep on doing what they’re doing.” This is a simplified version of events, though, but a very important one at that. If we take sweeps as examples,  inertia plays a much bigger role than we think, especially with people that are larger than their opponent. For example, doing the sit-up sweep from closed guard means that a person has started moving their weight through the air before they met another persons’ body, which is in a static position. Since the mass of the object moving is bigger, when the two join, the static mass will head in the direction the dynamic one was already heading into.

The same concept of inertia explains why the person sweeping will end up on top – he is being pulled by the inertia of the falling person. This is before I even mention takedowns and how you can apply the concept there. 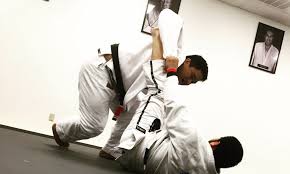 All bodies are pulled towards the Earth. That is gravity in a nutshell. What happens in Jiu-Jitsu is that we can use this concept to improve how much we control our opponents. The fact that our bodies tend to be drawn to the Earth is also known as falling down. How can we use this in terms of BJJ science? Simple. We already saw how inertia influences takedowns and sweeps. Gravity clearly plays a huge role in where people will end up once the inertia is in play. More importantly, though, it plays a role in controlling top positions.

The reason you want to be on top is that you have gravity working for you both by making it difficult for the bottom person to get off the ground, and easy for you to be on top of them, as your body is trying to get to the ground anyway. In other words, you can forget about pressure passing without the help of gravity.

The one law everyone knows, and nobody can explain. The premise is that anything that can go wrong will go wrong. Although not one of the empirical laws of science, Murphy’s law emerged (most likely) when an aerospace engineer called Edward Murphy couldn’t make his devices work. In grappling, this usually has to do with injuries. You can go about rolling wild for months and nothing happens, and then, a couple of days before a really important tournament, light rolling with your partner, another coupe rolling will fall on you and injure you seriously. For me, it was breaking a toe two days before my wedding. Suffice to say, dancing at the wedding was no fun.

Occam’s razor is a philosophical principle that is actually tailor-made for Brazilian Jiu-Jitsu, especially in modern times. As such, it is a big part of the BJJ science that makes things actually work. The idea is that the simplest solution to a given problem is usually the correct one. In a world where complicating things is becoming a given, trying to solve complex positions, escapes, attacks, transitions, etc. by applying this principle will provide you with a lot of success in grappling. Try solving a lapel guard, for example, or a very deep leg lock by defending in a way more complex than the attack itself. Now, try and do the most obvious thing that comes to mind. You’re welcome. 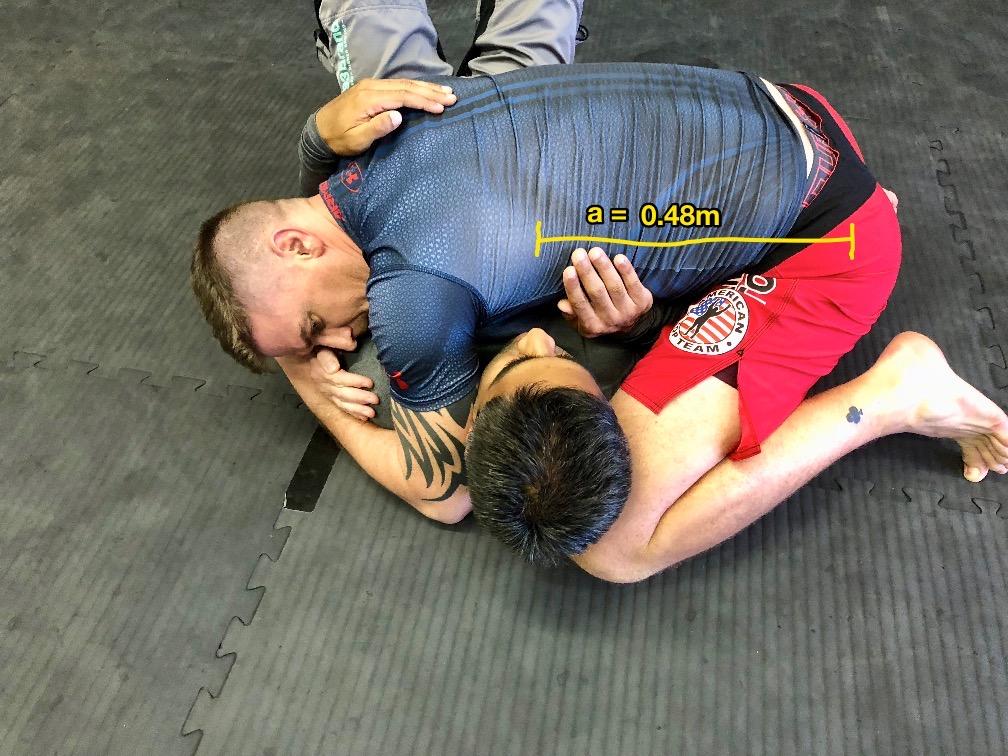 The theory of relativity states that time passes at different speeds relative to the person observing it. Let’s not go deeper than that in trying to decipher what exactly Einstein meant. In BJJ, this could go in one of two directions. When you’re the one being mauled, particularly on the ground, a victim of your partner and gravity tighter, minutes seem like hours. Everyone who has ever grappled knows the feeling. Conversely, when you’re flying around dominating everyone a 10-minute match can start feeling like it only lasted 15 seconds. I guess time really flies when you’re having fun!

BJJ science is a fun way of trying to figure out the puzzles Jiu-Jitsu has in store for us. While the principles are the same all over, there’s always something new to discover by using them, as we go deeper and deeper into the BJJ world. While some of the laws above are philosophical, or even slightly satiric in nature, they still apply perfectly to BJJ and are key in progressing through the ranks and becoming a better overall grappler.