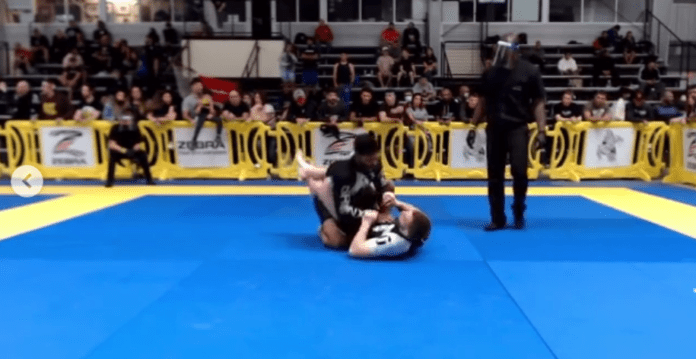 A few months ago, the world’s largest BJJ organization IBJJF (International Brazilian Jiu-Jitsu Federation) announced that heel hooks will become legal in 2021 with few restrictions here and there. And now, The first legal heel hook in IBJJF happened over the weekend.

As of 2021 brown and black belts in adults, divisions are allowed to do knee reaping and heel hook techniques. Competitors in masters divisions, no matter their belt rank are not allowed to do them.

IBJJF was in many “problems” during the last years. They were constantly accused of not allowing heel hooks and techniques including knee reaps and other potentially dangerous techniques.

The dissatisfaction of the people with the IBJJF rules went so far that a petition was even launched against the IBJJF rules, so people deliberately did Heel Hooks, and thus disqualified themselves from the competition.

Although some techniques that involve attaching to opponent’s legs from a standing position like scissor takedown, or Imanari roll are still prohibited.

“I always respect the person I’m going up against. I expect them to do everything in their power to win, and they should expect the same from me. Even their supporters.

Everyone was cheering when my face was being crushed. I completely understand that. But when the roles get reversed, they get salty and want to curse at me.

I don’t speak Portuguese, but I’m pretty sure that lady called me shit or something along those lines. Not too far off from Spanish lol…
it’s all good. No hard feelings.

On a good note got the first heel hook in IBJJF. Don’t care for that, but it’s nice to get some recognition.”

While some people will be happy with the new IBJJF rules some for sure won’t. There are many BJJ schools that were never training with heel hooks and were purely organized to fit IBJJF rules when heel hooks, reaps, etc. weren’t allowed so they have to catch up. The problem is even bigger because some schools were doing it for years and those schools definitely have an advantage.

What will new rules in IBJJF bring to us is still left to see but we have some predictions on Heel hooks in IBJJF so take a look.