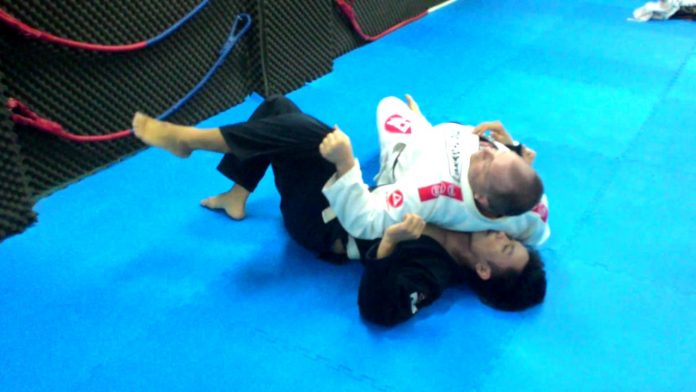 There’s something about moves with cool names in BJJ that make them really enticing to try. How could you not want to give a move called “the Hotdog Roll” a try? Moreover, if you’re like me, you’ll find a way to make it work. Some of these cool named moves are so nutty they’ll hardly ever work. Luckily, the hotdog roll is not one of them, and it is a legit way to escape side control. Actually, it is an awesome way to get out of quite a lot of bad spots, including scrambles when you start to lose the sense of where both you and your opponent are.

Now, there is an art to escaping side control. It is probably one of the hardest spots to clear away from if the person on top knows what they’re doing. However, figuring them out is also immensely fun, especially when people can’t seem to find a way to pin you down long enough to actually establish side control. The Hotdog roll is one of those moves that are not supposed to work. In fact, it won’t if you don’t’ time it right, However, once you get h hang of it, you will be able to escape side control and or the turtle position at will, wand with a big smile on your face.

Contents hide
The Art Of Escaping Side Control
The Hotdog Roll
Do You Really Have To Escape Side Control?
Final Words

The Art Of Escaping Side Control

Yup, I’ll go as far as calling it art. Remember those early days when side control meant much more than just getting your guard passed. It meant arrival at a position you dread. It is not perhaps as dangerous for you like the mount or the back, but it is the most unpredictable, and, if the top person knows what they’re doing, the most uncomfortable position in Jiu-Jitsu. 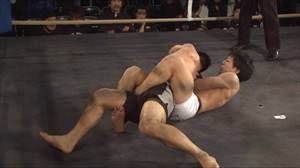 The dynamic nature of side control is what makes escaping so hard. People тhat hold you in side control rarely just try to do a wrestling-style pin. Pinning can work, and it has its merits when it comes to collection points. However, most experienced top game players will constantly move and re-adjust, shifting their weight and making you bear their weight. Not fun at all if you’re on the bottom with no idea how to escape side control.

When it comes to escaping a dynamic position like side control, most people choose the harder way out by treating it as a static pin. Getting out with explosive movements is possible but it is not the smartest, nor the most efficient way. Escaping side control starts with understanding where the pressure is, and where it is going to be next. That little bit of anticipation will allow you to position yourself in a defensive posture that will keep you safe from all the pressure. Next, you will also need to move. There’s no point in trying to push and hold someone away, while they are moving. You will need to get moving too, and Hotdog Roll is one very fun way of doing so.

The Hotdog Roll, apart from being perfectly named, is also very efficient at getting you out of bottom situations without spending energy. The beauty of this move is that it works against many bottom positions, the most significant two being turtle and side control. This also means that it is perfect to keep your back safe, given that the turtle is one thing people try to force when in top side control in order to get the back. And vice versa. The Hotdog roll gets you out of both.

The move is a transitional move. As such, it relies a lot on timing. The basic Hotdog Roll is actually a move that deals with the seatbelt when you’re in turtle, rather than as a means to escape side control. The first step is trapping the hand that’s on the “under” side. This is crucial. From there, the goal is to lie on your belly and simply do a roll to the side. Because of the seatbelt, the opponent will go flying over, and you end up on top. If you play your cards right in terms of positioning, the seatbelt won’t mean a thing and you’ll actually be in Twister side control, which gives you a great advantage.

In terms of escaping side control, the Hotdog Roll is the perfect trap. When you realize that your guard will get passed, you simply roll away, heading into turtle and deliberately exposing your back. As opponents reach for control, the “under” arm of the seatbelt always goes first. This gives you the chance to trap it and Hotdog Roll straight out of it. Moreover, if an opponent is following you closely, you’ll have inertia from getting in turtle in the first place, which will mean you actually roll 360 degrees in just one go.

Do You Really Have To Escape Side Control?

This is a somewhat different notion. It works perfectly, though, and it will help you set up the Hotdog Roll even after someone has established solid side control. The idea is that when your guard has been passed, there’s no immediate need to escape side control. You can, and should actually stay there a while. The first few moments of side control are actually the ones where your opponent is most active and focused. Instead of thinking of escaping, find a defensive posture that will keep you safe, and simply stay there.

The thing with side control is that nobody wants to remain there if they can’t use it to set up attacks. If you simply “play dead” and give them nothing, opponents will have to start looking for ways to break through a defensive shell, instead of using your defensive reactions to set up their attacks. That means that they’ll start to move, which is exactly what you want. Doing a Hotdog Roll at any point now becomes easy because the first condition for executing it is fulfilled – an opponent is moving, making space for the roll itself.

The idea of moving less, or not at all, is not easy for people to get used to. I admit, even I had reservations about it. However, if you’re really into the art of escaping side control, then you should think in absolutes. Either no movement or keep moving and rolling with inertia, but also with intention. Staying put to try and sneak a hook or frames in is a great way of getting into even more trouble.

There are 101 ways to escape side control. Perhaps even more. The fun thing about the Hotdog Roll as a means out is that it will keep you safe from the follow-ups as well, while surprising just about anyone you roll with. Plus, how can you stop yourself from using a move with a name like this?