If you somehow missed Keaton Jones’ video and a story about bullying you can check it HERE.

Keaton Jones definitely deserves our sympathy. It’s obvious that the kid was a victim of bullying and that’s something awful that can happen to any kid.

But can we say that his mother is not trying to use her son’s pain to make money?

According to some people, NO, she just wants money.

“I was pretty moved by Keaton’s video, but his mother just wants money, she wants me to share her GoFundMe account. I asked what’s GoFund me account for? She said: You know it’s Christmas, i’m single mother…”

I’m sorry for my mother’s actions, I’m only a child that just wants bullying to stop! #KeatonJones #JoeSchilling 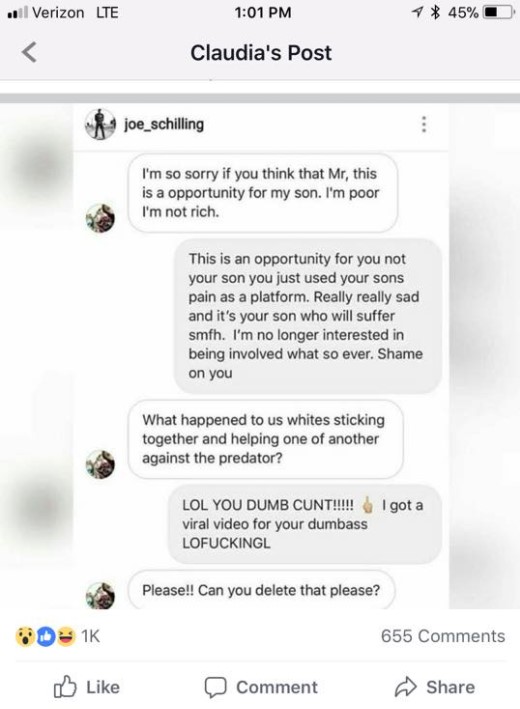 Matt Walsh also made a video comment on Keaton Jones’ story and especially on his Mother Kimberly Jones:

The Keaton Jones story gives us a good opportunity to have a very politically incorrect discussion about bullying. Also an opportunity to talk about why you shouldn't exploit your child's suffering for attention on the internet.

What’s even more interesting TMZ, celebrity site, wrote a story about Kimberly Jones, TMZ asks people to question their selves on whether she deserves any of the sympathy generated by Keaton’s viral video.

TMZ didn’t have any nice words for Keaton’s mom. They pulled out pictures of her with the Confederate Flag. 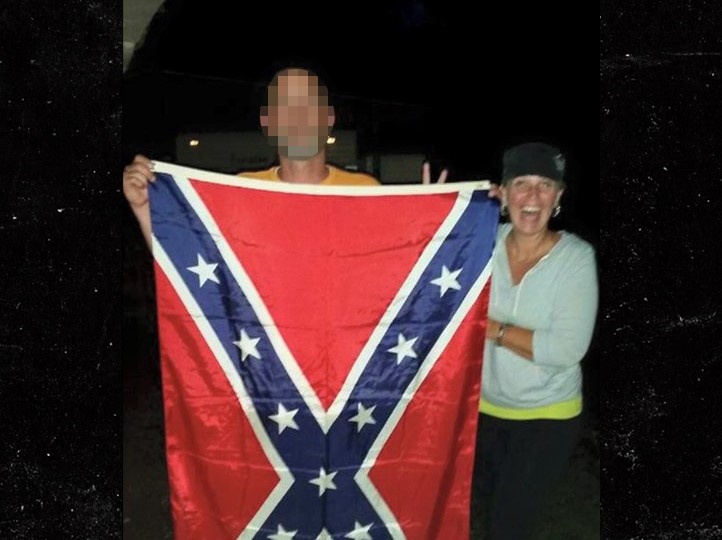 TMZ also found a Kimberly Jones’ facebook post where she’s telling people to stop crying about slavery and racism: “it’s not clear exactly what she’s reffering to, but the post was written 2 weeks after the Neo-Nazi Rally in Charlottesville”.

There’s even one more picture of Kimberly Jones with her son Keaton holding a U.S. Flag and other kid holding a Confederate Flag 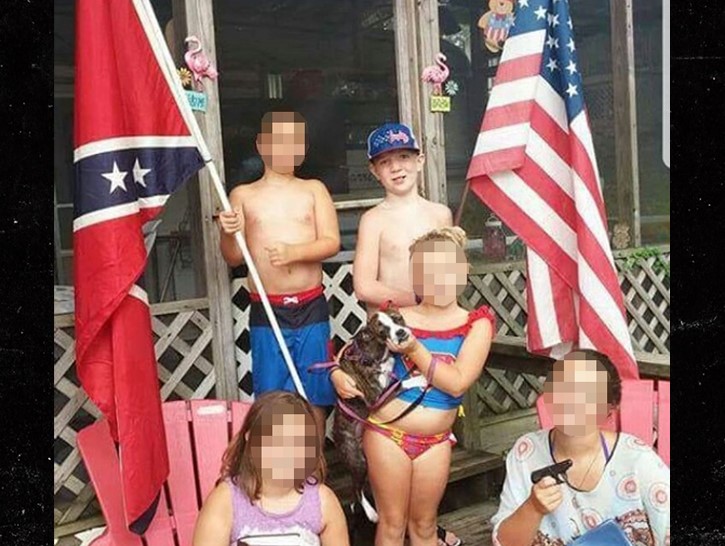 After all we got a wonder and question our sympathy for Kimberly Jones especially after we saw her messages where she shows no sympathy for “butt hurt Americans”. And that’s exactly something that many celebs will start to think of now before inviting her and her son anywhere like they were doing till now.

And you? What do you think? Is Kimberly exploiting her son to gain money or…?

GoFundMe money, around $58k, is currently on hold due to Kimberly Jones, Keaton’s mother racism.