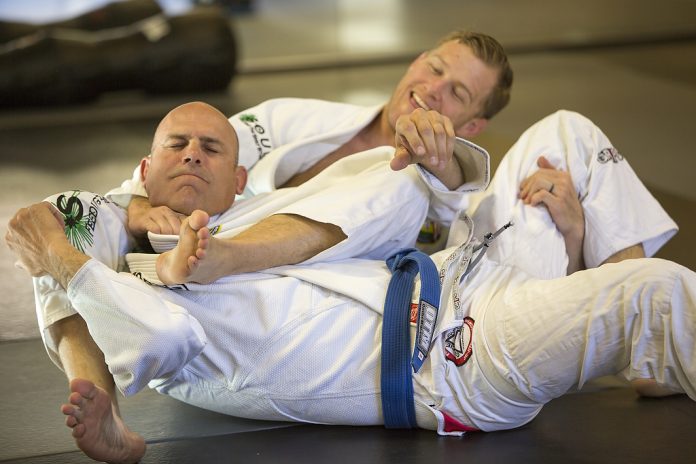 A funky choke that people don’t really expect is always a fun thing to pull off in a roll. But what about a choke everyone knows, and yet, they’ll never see it coming? Yeah, I know you’re interested. Let me take things even further – the choke in question Is arguably the most powerful choke in Brazilian Jiu-Jitsu. Well, at least with the Gi, as it is a collar choke. However, the setup is so unusual, that people will never see it coming. Even when they wise up t it after having to tap out several times, you can still surprise them over and over again. Sounds too good to be true, right? Well, when I tell you that Kurt Osiander is the man behind it, it should be more than enough to prove it is efficient and practical.

Kurt Osiander is known for having some of the most painful Jiu-Jitsu in existence. His game is a reflection of his long-time teacher Ralph Gracie and is more about pain and suffering than funky moves where you roll several times. Nope, with Kurt, it is all about pain and submissions, and a sneaky way of making it all happen. To be honest, his “Cabbage patch” setup for the bow and arrow collar choke is one of the sneakier ones, albeit weird when you first see. It does work, though, and it will take most people by surprise.

The Strongest Choke In BJJ?

John Danaher once described the bow and arrow choke as the strongest choke in Jiu-Jitsu. The only “drawback” is that it is only available when people are wearing Gis, given that it is a collar choke. Now, Danaher managed to transfer the powerful mechanics of this choke over into No-Gi, ending up with his signature Rear Naked Choke that is as close as you can come to decapitating someone with your bare arms. 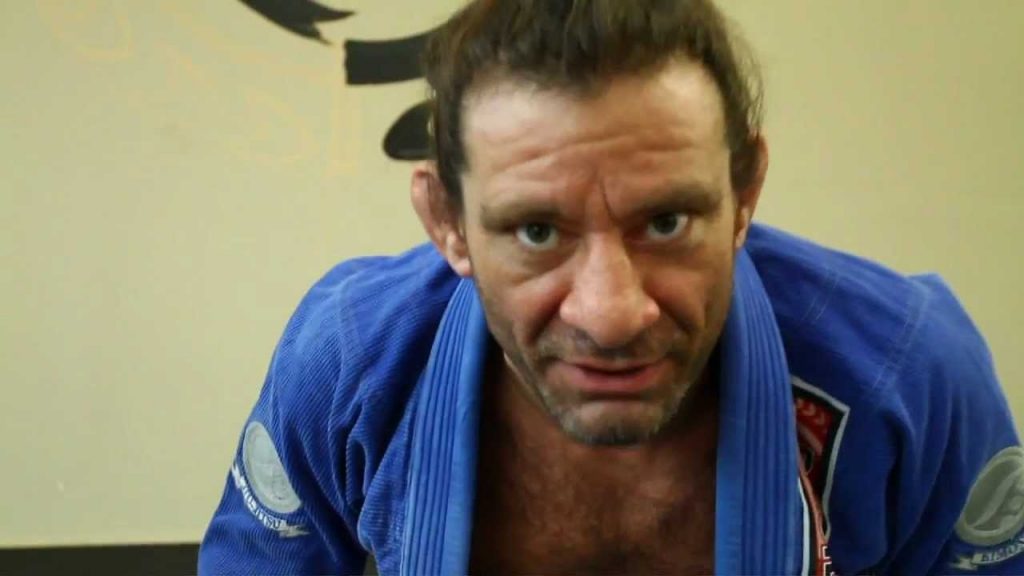 What Danaher had right (as usual) was that the bow and arrow choke is powerful. Whether it is the most powerful one will always be open to debate. Personally, I agree. The bow and arrow is a collar choke that exploits all of the fundamental attacking BJJ concepts. First of all, to get it, you need to have the back, which is universally considered to be the best attacking position in the sport.

Secondly, you’re working on a strangle (AKA blood choke) which is also one of the most potent BJJ weapons.  Even better, you’re using the GI’s collar to execute the choke itself, which is a more reliable option (when done right) than suing your arms. Finally, in a bow and arrow collar choke, you’re also controlling the posture of an opponent, by gripping their leg. In fact, this choke breaks posture by both bending and twisting the spine.

So, let’s recap. Attacking from the back with one of the best BJJ attacks, emphasized by using the collar, and completely taking away any defensive options by breaking the posture sure seems like the perfect recipe for the perfect BJJ choke. The problem is, 3veryone knows the choke is there and actually getting to it is the hardest part of the setup. Enter Kurt Osiander and his Cabbage Patch setup to get you to the bow and arrow in the sneakiest, unassuming way possible.

The “Cabbage patch” refers to the manner in which you set up a bow and arrow starting in side control. For all you IBJJF fans out there, don’t expect any points for getting the back. This is a submission setup that leads directly into the bow and arrow collar choke from side control.

The way Kurt sets it up is by establishing grips first. From side control, the arm that is under the head will go in the far side lapel, with a thumb-in grip. Your other arm should do the same, gripping with the same thumb-in grip and on the same far side collar, just a bit lower. This is actually the choking grip that you set up really early on.

The manner in which you get to the back is highly unusual and is why this setup really works. Instead of slowly looking to go on top of your opponent, or make them roll, you actually pick your opponent up. However, there’s a trick to making this work – you have to stay tight. In other words, use the grips you have to pull the opponent as close as you can towards your chest while raising your own torso up. When you get them in a sitting position, simply switch them to your other side and you can easily get behind them.

The goal now is to get the opponent to their side, so that you can throw a leg over. This is yet another way of distracting them, as you have no intention of actually getting the mount. The moment the leg is in place, you sit back down, and go for the grip on the pants, just like in any other bow and arrow collar choke setup. From there, it is simple to finish whichever way you want. Your best choice is to throw the other leg over the shoulder and perhaps even close your legs like in full guard. No need to really squeeze for the choke once you’re there, they’ll either tap or nap.

There’s one simple little choking trick that I can’t remember who I learned it form. It was quite early in my Jiu-Jitsu journey but it completely changed every collar choke I have attempted since. Namely, choking with the collar is great because the cloth is thin enough to sneak under the chin. It is also extremely hard to get a grip on it once it is sunk in. This makes it really hard to get out of, but it also brings about a problem – you can get the collar stuck on the chin of an opponent.

This is easy to solve though. The trick is in always rotating your palm slightly so that the edge of the collar actually points to the outside. In other words, you are trying to form a triangle, the tip of which is the part that actually slides under the chin. This is a foolproof way of making any collar choke work without interference, even if the opponent attempts to use their chin to block. Another plus side is that by doing this, you also make it even more difficult for them to try and pull the collar out, as now there’s a wider surface preventing them. It works every time!

Using the bow and arrow collar choke is a reliable way of getting taps. Masking the fact that you’re about to go for this choke e is what will actually make the choke work for you. In fact, a high percentage of submissions work mostly due to sneaky setups, rather than just mechanics. Anyone can finish a choke once everything is ready. In rolling, however, it is never easy to actually get to the position for the choke. Unless you have a move like the Cabbage Patch up your sleeve. Then you’re golden.