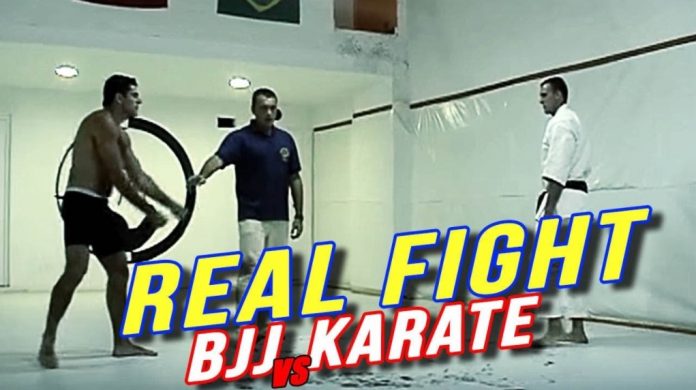 BJJ Guy did a Challenge Against Other Martial Arts Fighters and Karate Black Belt accepted a Challenge. His name is Fabricio Pereira and guy accepting a challenge was named Cristobal. This fight happened back in October, 2002 in Malaga, Spain.

We can’t really say why Karate guy was angry at the end but we can assume he thought that Fabricio Pereira was holding a submission for too long. Fortunately, both of the guys showed respect at the end and fight ended just like every fight should. In peace!

You can also watch a match between BJJ purple belt and Wing Chun Kung Fu practitioner in a video below.

Check one more style vs style fight in an article below.