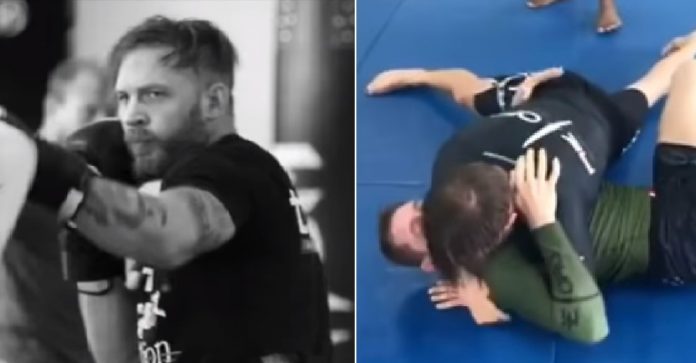 One of the most popular actors today Tom Hardy (40) is well known for his role as a Bane in Batman. And to a large martial Arts community he’s also known as a boxer in movie “Warrior” from 2011.

Tom Hardy‘s new movie is called Venom and he’s having a main role in it. Tom is working very hard to prepare for the movie and you cak check in videos below how he’s doing. We can say he’s great as always.

The Most Realistic Jiu-Jitsu in a Crazy Movie Fight Scene