Often times you hear talk of the BJJ community. When it comes to the community, everyone that trains BJJ, no matter how “free” they might be is apart of it. that is ina worldwide manner of speaking. However, a BJJ community works on many levels. It is not just the global one, but also the one that’s the nearest to you. Communities work at the level of countries, cities, sometimes gender, and even within academies themselves. To that extent, creating a BJJ social life outside of the mats is a great way of building up your BJJ community and expanding it so you can reach more people with Jiu-Jitsu.

The BJJ community, both the global one and the one in the academy are very important to me, personally, The same feeling is shared by most grapplers around the world. Given how many hours we spend in close proximity to other people in the Academy, it is very understandable that we develop such great friendships in Jiu-Jitsu. creating a social life outside the gym gives everyone a chance to meet up with the people they’re already used to, but in a different setting than on the mats. And those interactions make the interactions on the mats even better.

More Than Just A BJJ Team

In today’s world, people take social interaction fro granted. In other words, not much time and attention goes in to actually interacting with someone. With most of the communication done over chats and phones, a lot of the personal touch of looking someone in the eyes is lost. And, despite all the contact we get in Jiu-Jitsu, there’s still a lack of contact, even amongst grapplers. In those terms, competition is seen as the proving ground not just for individuals, but also for BJJ teams.

Having a competition team is a great thing. In fact, every great competitor has an even better team of coaches, other competitors and training partners behind them. However, you can go to a competition with just a team of people with the same goal as you, or you can go with a bunch that you consider to be close friends on top of being teammates. That is what a BJJ community is all about.

The BJJ community is laid back one, in general. People like to actually talk to others meet others and roll with people they don’t know, which makes it way easier to interact with grapplers than with regular people. Plus, the subject of BJJ is something everyone involved in it want to go on and on about. Building a BJJ community, though, rather than a team is a much more sustainable and long-lasting goal to have. A community will go to lengths no team will ever go, despite all the great intentions and comradery. And communities mean that people are there for each other, and not just while they’re wearing Gis and sweating on the mats.

When it comes to building a BJJ community, organizing a BJJ social life is just one piece of the puzzle. Yeah, it is a big one, but it is not where you should start. Building a community is actually something that professors, instructors, or whoever has the era of most people in the Academy, should initiate. In many situations, it just happens by itself, and that is the best way to go – spontaneous. However, in other situations, creating a community will require you to offer people choices.

That means that first and foremost, there has to be a great atmosphere on the mats. There’s shouldn’t be rules as much as principles and a codex of behavior. Just to guarantee people don’t just go about doing whatever it is they want. The moment you achieve an atmosphere that you can work with, you let people express themselves. In Jiu-Jitsu, this is huge. Nobody can teach you Jiu-jitsu but yourself, someone can only give you a mat space and help you find directions. The rest is up to you. Create an atmosphere like this in your Academy, and a community will start forming by itself.

Also, be social even when off the mats. People like to use social media to communicate. Remember that as an instructor, you’re the one people will turn to often with questions, ideas or just to chat. Make sure that you maintain great ties with everyone even when off the mats. This is a great way of using social media to actually create a BJJ social life for everyone in the academy. Any sort of group on any social media platform is a must, of course, so that people get to know each other. Going analog and hanging a huge message board in the academy also turned out to be a great idea in the academy I train at.

When it comes to organizing a social life for people in your academy, consider why you’re doing it. IF you have more than one group of people or even just one really large one, there are not many chances for everyone to train with everyone. In fact, people might be training in the same group for months and never tried a technique, or rolled with each other. With people in different groups, most of them might not even recognize someone from the same academy out on the streets. 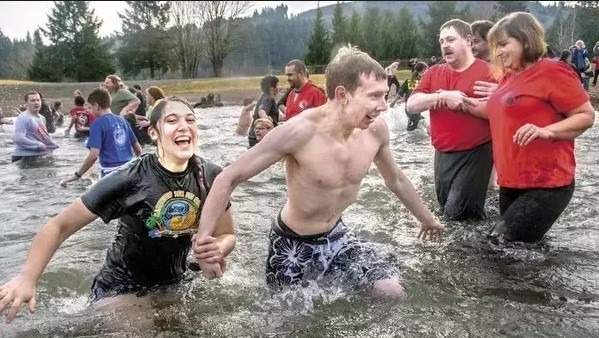 Now imagine that they’ve been out drinking partying and/or doing something together. Suddenly, people get to know each other. now, instead of a team, you get a circle of friends. The atmosphere changes immensely after just one BJJ social event. What you need to avoid, as a rule of thumb, though is taking people out in a way that’s usual. Going to a bar, for example, will just end up with people in tight little groups. Instead, if you can, do an event in the gym, but have people come in casual clothing, not Gis. How crazy you go is up to you. It can be anything from a meet and greet to a full-blown light show, sound system, and beer on tap party.

Another great way to get people bonding into a BJJ community is by doing activities related to BJJ. Rock climbing, surfing, some cool Yoga variety like beer Yoga, a camping trip with rolling included… Whatever crazy idea you get is achievable. Just remember one thing – always end with an after-party. Even if the event itself is a party. The things that happen between midnight and the early hours of the morning simply cannot happen at any other time!

Build a BJJ community, not just a BJJ team. A BJJ social life will help you immensely in providing people with a platform to simply get to know each other. And by that, I mean each other really, rather than just in the context of grappling. After all, it takes human contact to train BJJ. Why not be able to be friendly and comfortable? At least among those that you see multiple times a week. Not to mention how fun these events and afterparties can be!