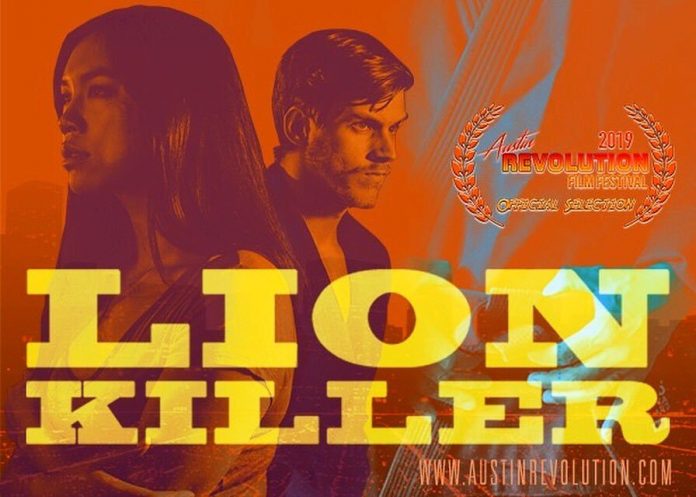 It is always fun when you can see the thing you’re passionate about in all aspects of life. A great example would be coming home from BJJ practice, turning the TV on and boom – there’s a Jiu-Jitsu movie on. Ah, if only we had any BJJ movies to look forward to. Well, as it seems, in the last year, Hollywood has discovered how great of a subject Brazilian Jiu-Jitsu can be. There are several movies close to release at the moment. As it seems that there are a lot more to come as well. From comedy movies, trough action flicks all the way to BJJ history series, the gentle Art seems to e getting lots of attention. The last title to arrive in post-production is Lion Killer Film. This BJJ based action drama is almost ready for its premiere.

Martial arts in movies are nothing new. However, it seems that each martial art has had its day on the big screen. As early as I can remember, striking martial arts ruled in movies. Then came Steven Seagal and Aikido became all the jazz. Fast forward a bit, and MMA took precedent, with some crazy good scenes among many cringe-worthy ones. As of late, grappling seems to finally be getting its rightful spot in front of the cameras. Lately, we’ve had an influx of movies and series that center around Jiu-Jitsu. In fact, even Academy Award Winner Halle Berry stars in one. However, in less than a month’s time, we’ll have the opportunity of seeing the  Lion Killer movie. This is a brand new BJJ drama that we expect would do Jiu-Jitsu a lot of justice.

Brazilian Jiu-Jitsu On The Big Screen

Just like we said, three’s no shortage of BJJ related movies nowadays. Granted, most of the brand new ones are still to be released, but it won’t be long now. While we’re waiting for the Lion Killer movie, which has a release date in September, let’s look at what else we have to look forward to in the coming months.

First, up, Academy Award Winner Halle Berry has been training with UFC star and grappler extraordinaire Brian “T–city” Ortega in preparation for her latest flick. The movie, dubbed “Bruised” is going to be about the life of disgruntled MMA star Jackie Justice (Halle Berry) In the action-packed film, she will be trying to put her life back together through fighting MMA. And, after all the Jiu-Jitsu training she did with Keanu Reeves for John Wick 3, training with Ortega is nothing but fun for the 52-year-old Hollywood star.

Also in the works is an exciting Netflix film by the director of “Narcos” and ‘Tropa De Elite”.  “Dead Or Alive” is a movie that’ll pay tribute to the founders of Jiu-Jitsu, the Gracie brothers. The feature film will look at Mitsuo Maeda and how he came to ignite the flame for grappling in the Gracie family. Also featured in the movie will be Rickson Gracie an all his accomplishments. The Brazilian is considered by many to be the best BJJ fighter of all times. 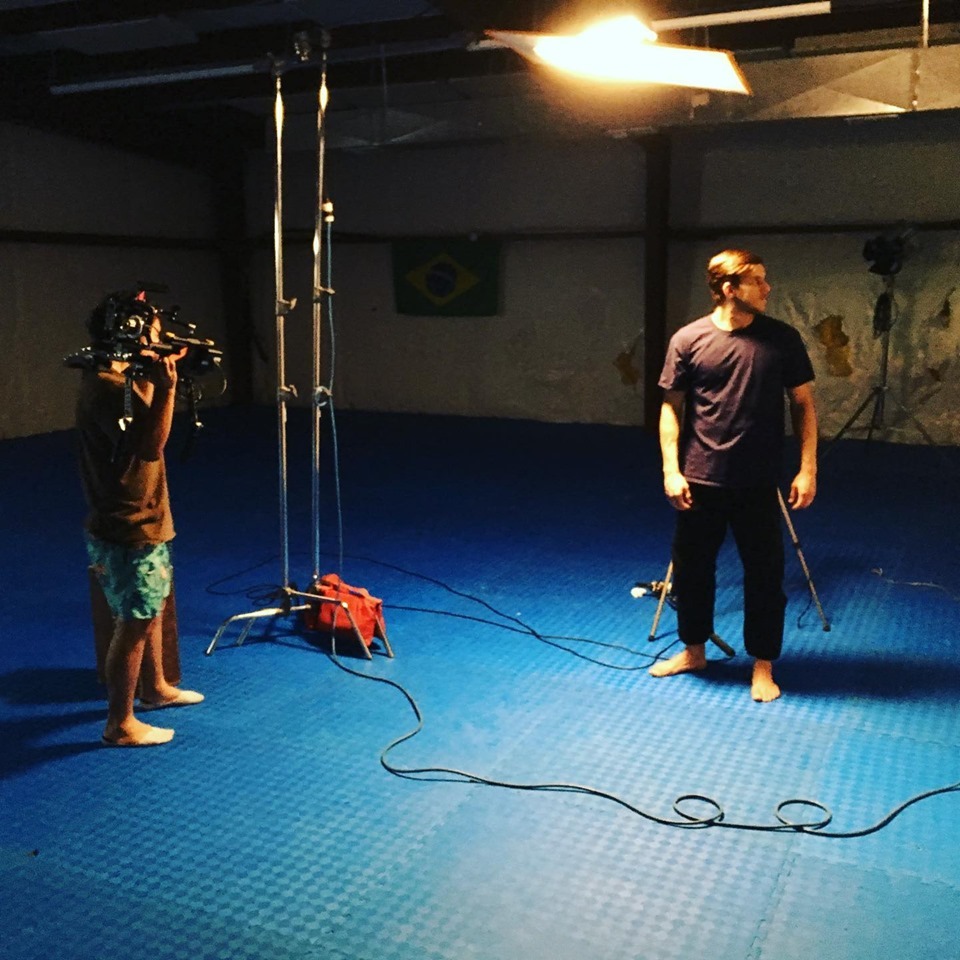 As you can see, we’re in for a great year of BJJ related Hollywood releases. Still, first up on the list is the Lion Killer movie, a drama set to premiere on September 6th at the 2019 Austin Revolution Film Festival. The movie, directed by Derrick Fury is going to take a different look at Brazilian Jiu-=JIjtsu compared to all other upcoming films.

Namely, the Lion Killer movie is about the lives of two people that have BJJ аs тhe main thing in common. One of them is a survivor of domestic abuse, while the other is a struggling Brazilian Jiu-Jitsu instructor. The movie is going to look at how both of them try to overcome difficult pasts and build a brighter future together. In the movie, Michael, a BJJ instructor that barely makes ends meet meats a woman that will forever change his life. Suddenly his focus shifts form only training and fighting to a much bigger picture.

The Houston centric movie features Houston based filmmakers and stars and it is all for a good reason. Director, writer and actor Derrick Fury and his wife Bea were displaced during Hurricane Harvey. Lion Killer is not only a movie about people struggling with life but also a story about love and community.

The Lion Killer film features BJJ, MMA and bits and pieces of other martial art as well. It is a film that aims to raise awareness about domestic abuse and violence. It also promotes diversity and the values of martial arts training. The two lead roles in this movie are played by Regina Ting Chen and Matthew Meehan.

Director, writer and actor Derrick Fury was always in show business. The Texan is a proven music producer, with releases notable in the US and Japan. He also won a two Remi Award for short movies he did while studying film in Houston. The Lion Killer film is his first feature film. 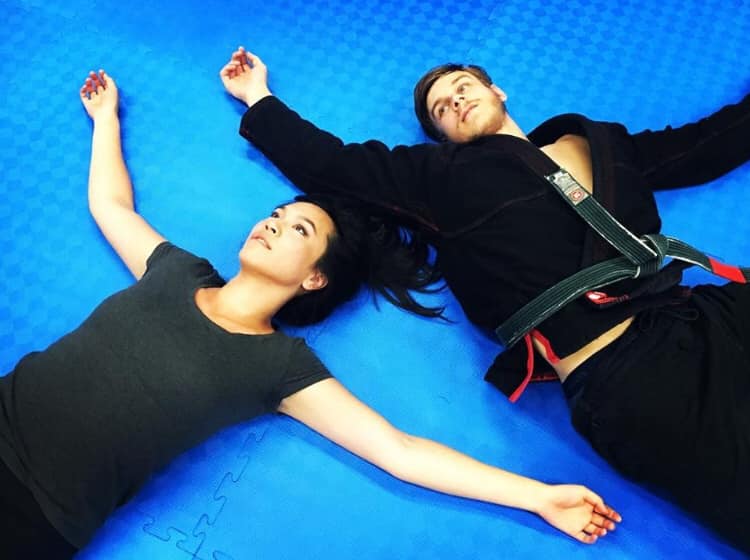 Lead female Regina Ting Chen is a Hawaiian born actress who actually never had contact with Jiu-Jitsu before the Lion Killer film. She has a degree In Spanish and business from Texas university but the acting was her true passion. According to her: “Lion Killer brought out a level of creativity and vulnerability in me that I never thought was possible. I can’t wait to see what the Fury’s have created.”

Lead male Matthew Meehan is actually really passionate about martial arts, although he had never trained BJJ before. AS ti seems, after the movie he is hooked and will continue training in the art. He actually took time to meet all the extras that were actually BJJ grapplers of varying levels. As it turns out their stories about the BJJ journey fascinated Meehan.

Out of all the upcoming MMA and BJJ related movies, the Lion Killer Film might just prove to be the best of the bunch. The cast members seem to have great chemistry and the director knew exactly what he wanted wit this movie. Moreover, the film was not rushed as it has been ready since 2018 and waiting in post-production. With only about three weeks to go until the premiere, I, for one, can’t wait to see what this movie will bring.