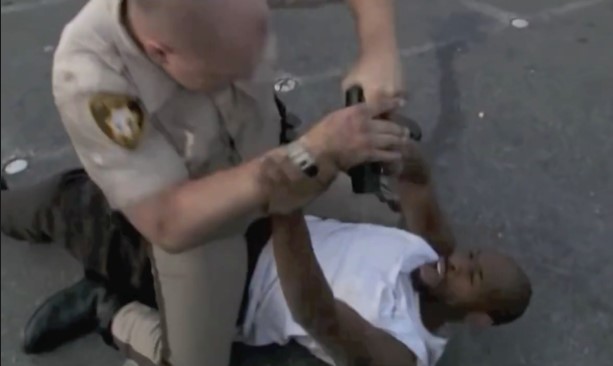 Every once in a while, we can see a video on the internet that shows us what happens when police officers don’t have any idea on how to control a suspect.

When the officers try to arrest the man, and he resists, officers usually go for punches, kicks, teasers and even using their gun. But the reality is, with a bit of Jiu Jitsu training they would avoid using any brute force and they would be able to control their suspects without any problems. Efficient control of the suspect would result in less weapon use, less deaths and much less problems for the officers.