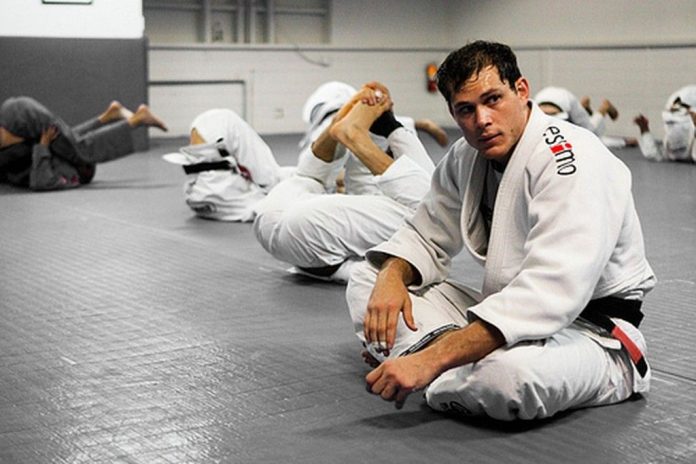 Have you ever wondered what some of the BJJ records out there are? Like for example, who won the most matches in arrow, or who got the quickest submission ever to date? It is not just about the BJJ Hall Of Fame and knowing who the best is it is about having something to work towards, a benchmark that you’d like to overcome, a record to break. It doesn’t mean anyone will ever break some of the records, but it is certainly a fun thing to try, and a lot of progress will surely follow if you set off on that path.

Some things that competitors have accomplished in Brazilian Jiu-Jitsu are truly exceptional. We all know a phenom when we see one, but not everyone really lives up to the hype. In fact, I’d argue that only a few manage to accomplish what people expect of them, or even surpass that. A clear example, of course, would be Gordon Ryan. Most others do start off brightly, but due to a set of circumstances usually do not achieve exceptional feats in the world of grappling. That said, the BJJ Hall OF Fame is reserved only for the best of the best, the grapplers that set records that are yet to be broken.

A BJJ Hall Of Fame does exist, but it is no one that truly represents the best to ever be in the sport. Namely, it is an IBJJF Hall Of Fame, which, naturally, means it only refers to records accomplished in terms of the events organized by them. The goal though is to really dive deep into the sport and figure out who has managed to accomplish some impressive feats that will take years, if not decades to be surpassed. In other words, we need a BJJ Hall Of Fame that takes everything into consideration and not just IBJJF-set parameters.

Moreover, Brazilian Jiu-Jitsu is not just a competitive sport. It is a martial art that people train for purposes other than competing for medals or glory. Even in that case, there should be people that make it to the BJJ Hall Of Fame for different reasons that make them stand out from everyone else. It may be the fastest black belt promotion or being the oldest person to ever get a black belt. Whatever it is, competition is not the only area where records in BJJ can be set, and we need to recognize that fact.

IN terms of records, it is not about deciding the GOAT of BJJ. We have an entire article dedicated to that. Instead, it is about exploring what people have managed to accomplish that sets them apart from everyone else. If you train jiu-jitsu, which you should if you’re reading this, you know that achieving things like winning more just one title is a hard thing, let alone managing to get double numbers of World titles at black belt level, for example. All these feats need to be respected, but for that to happen you need to know that they took place. While we wait for a real BJJ Hall OF Fame to materialize, let’s pay due respect to what some people have achieved in the world of Jiu-Jitsu. 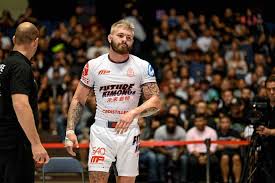 Going without defeat is something that nobody has achieved so far in Brazilian Jiu-Jitsu. However, people have gone on long win streaks. To bee honest, some will find that there should be a Gi win streak and  No-Gi win streak or starks that factor in all the different types of tournaments there are. I like to keep things simple, so I’ll just say that we’ chose simple criteria here – most wins without a defeat, regardless of apparel, ruleset, or tournament style/type. The winner is Gordon Ryan, who managed to go on an incredible 29 wins and 2 draws earlier in his career before an eventual loss to Vinny Magalhães brought his hot streak to a halt in 2018. 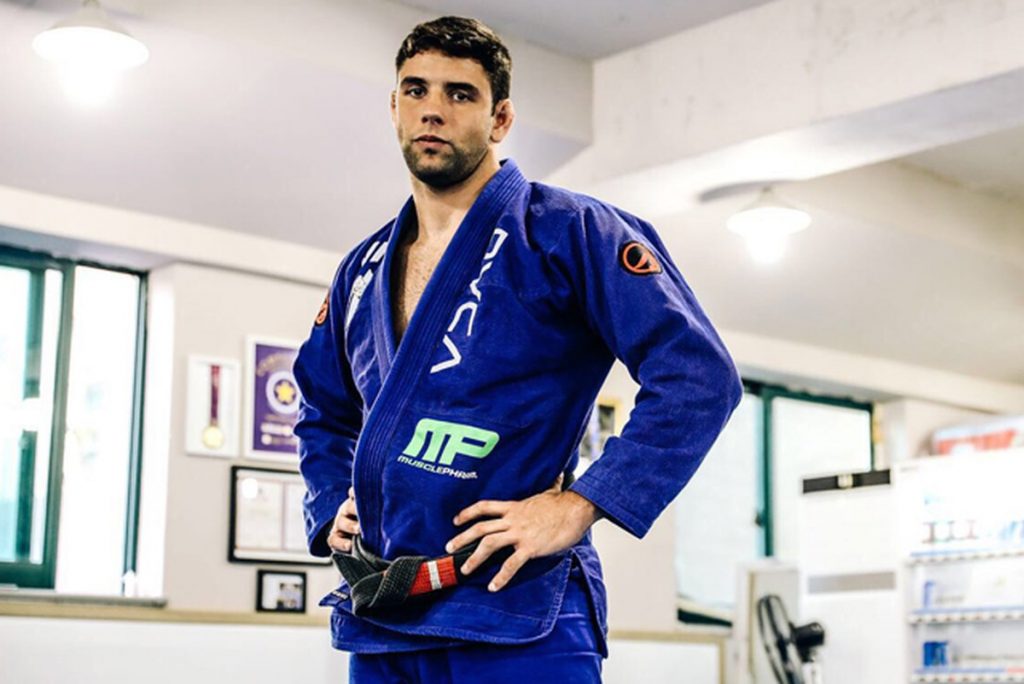 This one is easy – Buchecha. The man who has a spot guaranteed in any BJJ Hall of Fame and the man who has 13 IBJJF World titles to his name as a black belt. That’s before we throw in a couple of ADCC titles, 4 No-Gi World titles, two Pans titles, an IBJJF Grand Prix, and 6 UAEJJF Abu Dhabi Pro titles. The best part is that he is far from done and will undoubtedly add to that tally making braking his recorded even more difficult for anyone hoping to achieve it. The total number of titles he has so far is 28. 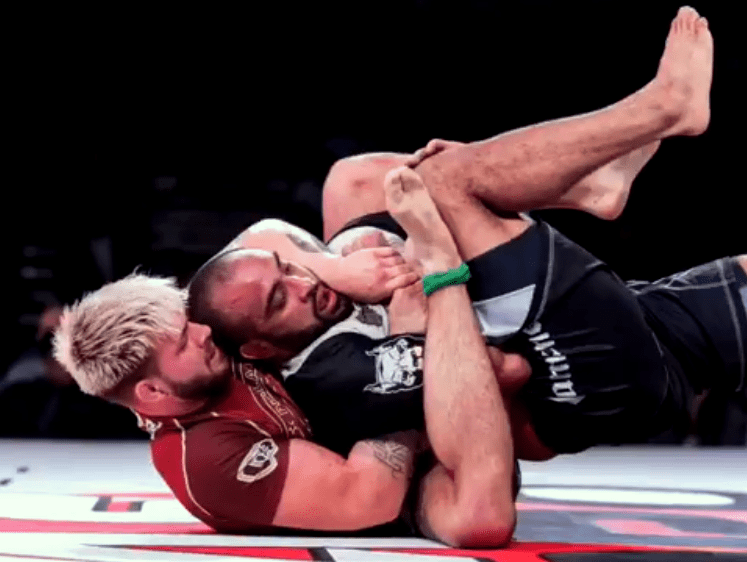 When it comes to BJJ records, of course, we’d all like to know who the undisputed submission king is. It will come as no surprise that it is the man dubbed “the King” that holds the record, which makes it a second BJJ record for him – Gordon Ryan. There is, however, a plot twist. To be completely fair, we have to take a look at who has the most submission wins in the Gi as well, seeing as Ryan is an exclusively No-Gi grappler.

Gordon Ryan, according to records, has a total of 65 submissions wins, making him the man with most submissions so far. His Gi counterpart, if we could call him that, is Roger Gracie, totaling at a number of 46 submissions in Gi matches. 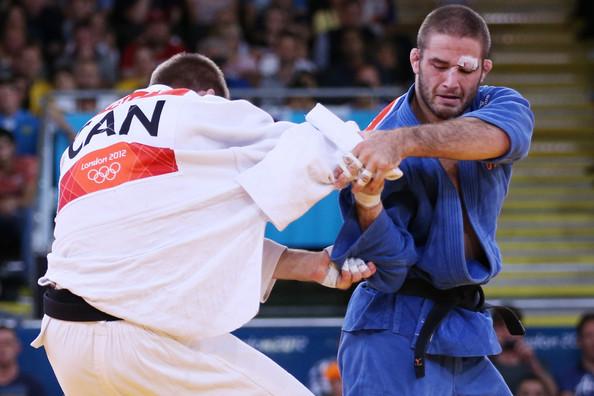 This is a subject we’ve covered before and it is one that many people often like to bring up, hoping they could best the BJJ Hall Of Fame record for the fastest ever black belt promotion. The general rule of thumb is that it takes around 10 years to get a BJJ black belt. Of course, everyone hopes to get it in less, although very few succeed. The extremes that people strive to are 3-4 years, which is a hallmark set by some of the biggest names in the sport, like BJ Penn and Geo Martinez. However, the record for fastest ever promotion goes to Travis Stevens, the famous Olympian Judoka who got his black belt from John Danaher in just 18 months! 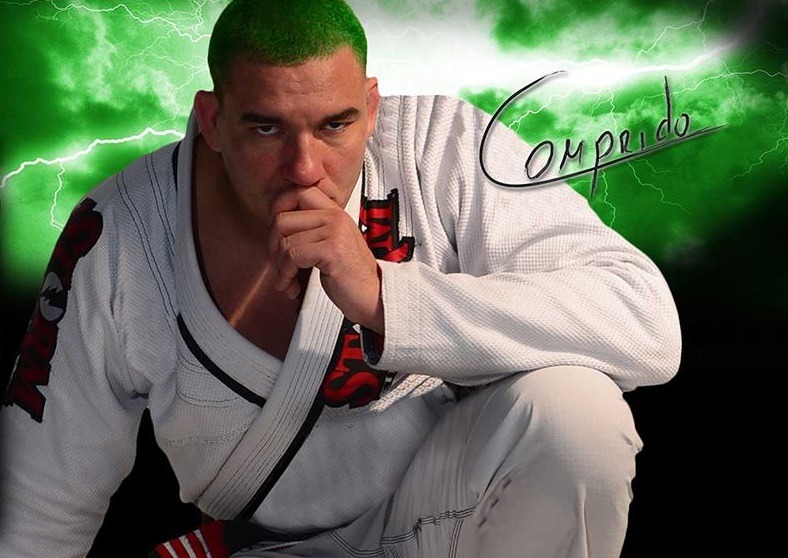 To be honest, this is the one BJJ record I was really interested in. As it turns out, it is not easy to figure out who got the fastest submission in a sport that’s growing daily. The criteria had to be more specific, given the sheer amount of matches out here. So, we ended up looking into the fastest black belt submission to date. The answer came in the form of Rodrigo Leite de Medeiros (AKA Comprido) who got a submission in the final of the 1999 IBJJF World Jiu-Jitsu finals, in Rio de Janeiro in just 17 seconds. His opponent was Roberto Magalhães.

Most Points In A BJJ Match 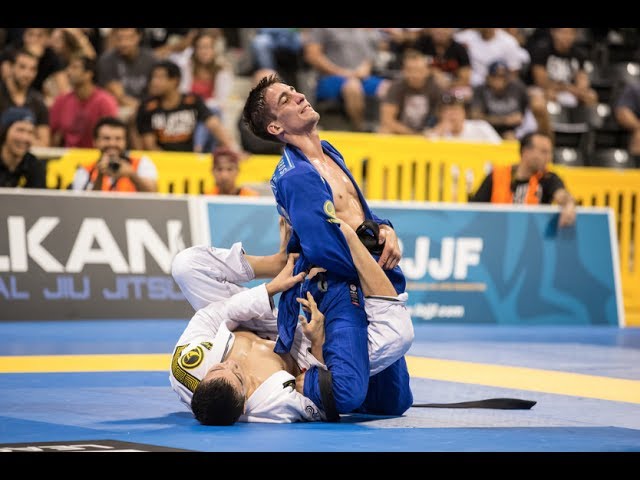 This is somewhat of an open dispute if I’m being honest. There is plenty of information out there pointing to different score lines, but I opted for something that can actually be proven. To that extent, it is Gui Mendes going into the BJJ Hall Of Fame with his incredible score of 51: 0 in one of his black belt matches. I doubt there have been more points scored in a black belt division to date, but feel free to correct me if you’ve got the evidence to prove it. 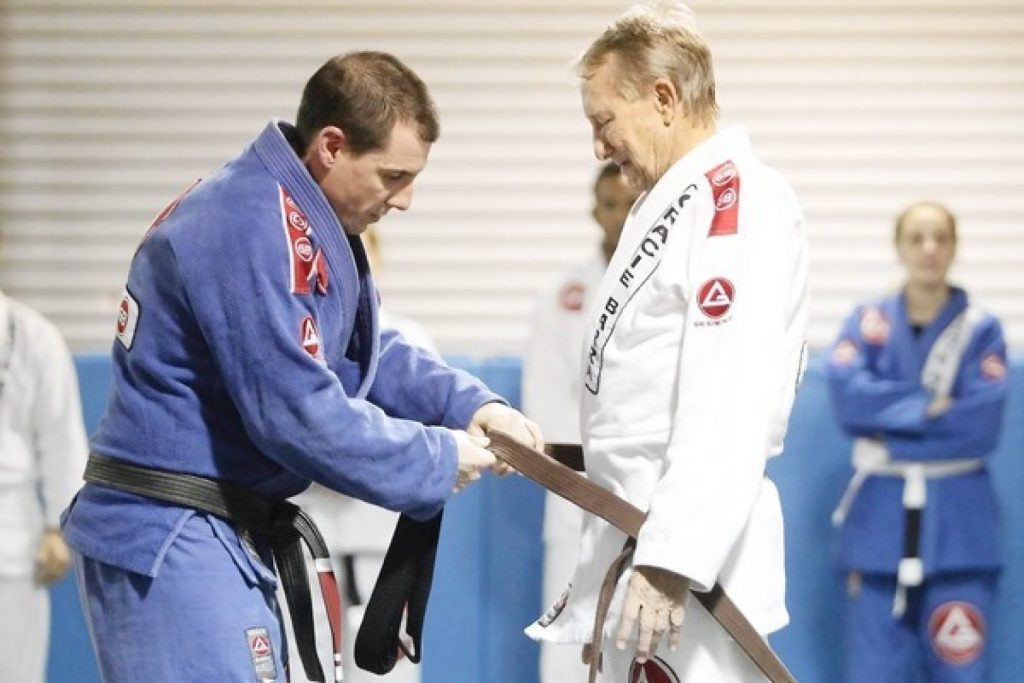 Once again, we take a break from competitive records and look towards the achievement of the black belt rank. While it may be hard beating Travis Stevens’ record in getting one, you could try and be the oldest person to get a black belt. Of course, that doesn’t mean you have to wait, but let me say it won’t be easy. Gene Pace is a black belt in Brazilian Jiu-Jitsu who earned this rank at the young age of 78, after 15 years of training. He trains at Gracie Barra Costa Mesa, California. Given that he accomplished the feat in 2012 I have no idea if he is still training. 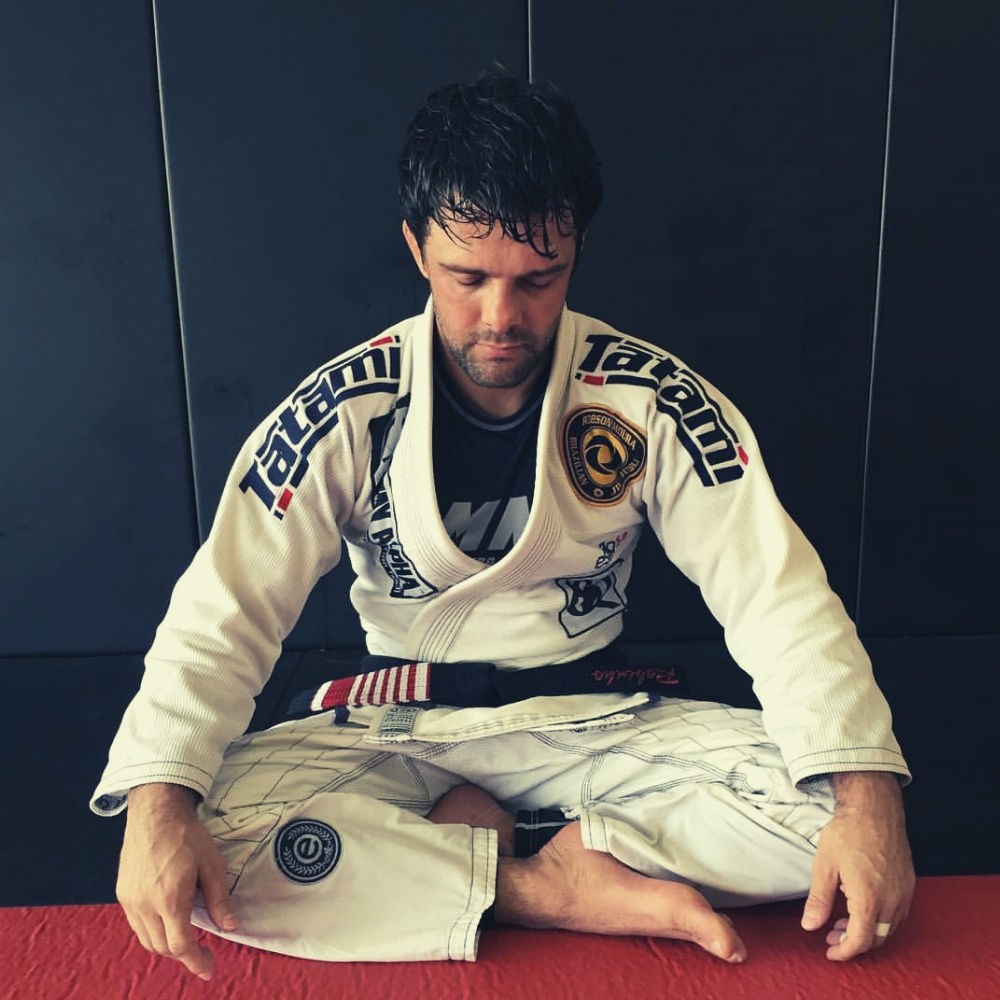 On the other end of the spectrum is the youngest ever person to get a black belt. That seems like it wouldn’t be too hard, given that 19 years of age is considered the earliest on can get a black belt. However, rules have been bent no order to awards a black belt to one specific person, so that he could compete in the worlds at the highest possible level. The man is Robson Moura, who got his black belt on his 18th birthday in 1997. Subsequently, he won the Mundials that year, and 4 more times afterward.

Records are there to be broken. However, a look at what some of the BJJ records show how humongous of a task trying to get into the BJJ Hall Of Fame is. There are, of course, other records to break and other things to consider as well. That said us grapplers like a challenge, so pick one of the above recorders and give it your best to break it and get your name written in BJJ history!