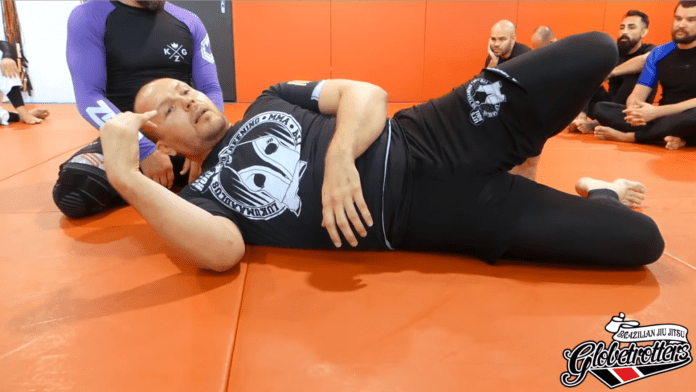 What is your favorite BJJ escape? If your answer is not the Baby Bridge then you absolutely have to read on, because you are missing out on a lot! It looks and feels nothing like the Jiu Jitsu Escapes you are used to. That is precisely why it works. Moreover, it is not just a way out of a specific thing but pretty much the foundation of an entirely unorthodox but highly effective way of approaching the defensive side of Brazilian Jiu Jitsu.

The one thing we can all agree on is that in Jiu Jitsu, one person is always on the offense, while the other is in defensive mode. As much as scrambles and situations where everyone has more or less equal opportunities are actually rare. The reality is that one person is going to be defending something, whether they are top or bottom, or anywhere in between. And still, the predominant focus of people is learning more and different ways of attacking. That is all fine and dandy until you run into someone that has actually spent time working on Jiu Jitsu escapes. That is when you’ll realize how much you’ve been missing out on.

Contents hide
Defensive BJJ – The Next Big Thing
The “Less Is More” Philosophy Of Defending And Escaping
The Baby Bridge Posture: Ground Zero For Effective Jiu Jitsu Escapes
In Summary

Defensive BJJ – The Next Big Thing

Why is Defensive BJJ the next big thing? It is simple – we are oversaturated with attacks. So much so, in fact, that people try and counter attacks with attacks, thinking they’re doing things right. The reason why we see so many scrambles lately in both Gi and N-Gi Jiu Jitsu is precisely that – people are attacking like crazy.

To say that the submission-only movement has yielded such a result, though, would be wrong. The universally agreed upon best ruleset for BJJ is that of EBI, and that ruleset addresses defense as much as offense in the overtime rounds. And still, people hunt after the attacks, thinking that is the only way to win a match. As plenty of top strategists and tacticians would agree, that is not the case.

Mounting a solid defense is the first thing you need to do, especially in a combat sport like BJJ. A roll, or a match for that matter, is a very, very chaotic event. Unless you have a game build on unpenetrable defense and Jiu Jitsu escapes that work off of there, how can you have any hope of catching your peers or even those better than you in a submission? And yes, you can catch everyone in a sub, as long as you frustrate them enough by being defensively unbeatable. The Baby Bridge posture offers you precisely that. 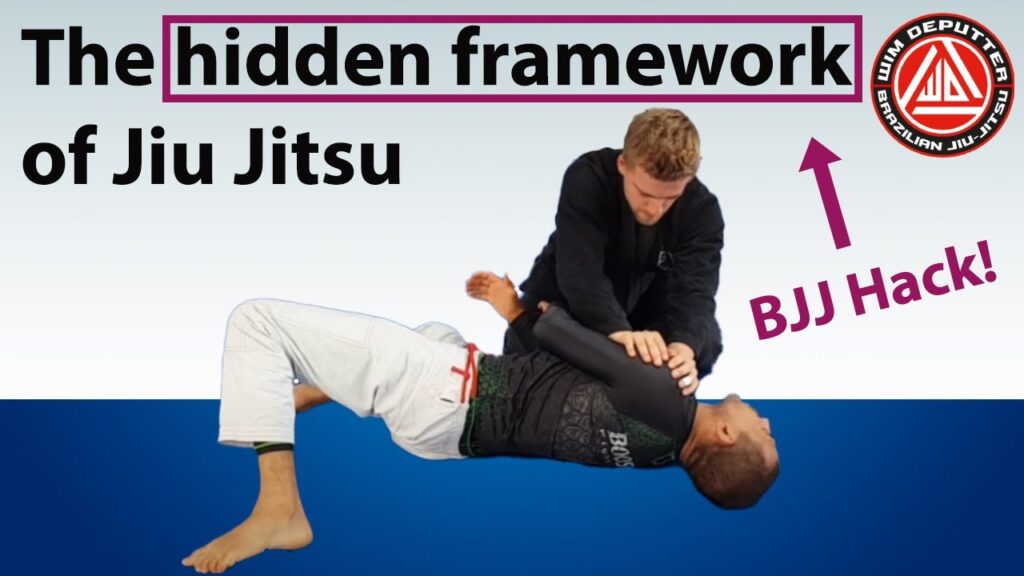 The “Less Is More” Philosophy Of Defending And Escaping

What comes to your mind when you think of Jiu Jitsu escapes? There is a high probability that you’re thinking about escaping a position or a submission by utilizing a move that you’ve been taught is the way out. That is the most difficult and unreliable way to escape anything in grappling.

The basic escapes principle you should be following is to escape a bad spot either very, very early (i.e. as it is coming) or very, very late when the opponent thinks they have right where they want you. All those escapes that happen in the middle are the lowest percentage moves, because of one main reason – you’re in the worst possible position to be trying to get out.

Imagine if instead of defending and escaping bad positions, like say, side control bottom, you can use an approach that will prevent side control from ever happening. That does not mean you a person won’t be past your legs, on top of you, in a cross-body position. The side part of the position will happen. The control position, on the other hand, is something you actually she much more say in than you think. And all you have to do is – almost nothing.

Seriously, the best thing you can do in BJJ defensively s as little as possible. The less you move, the fewer opportunities you open up for your opponent. And, when you know about the basic principles of BJJ as a whole, you’ll know exactly what it is that you are protecting. All that is left is using a specific position, or posture like the Baby Bridge to make it all a possibility.

What exactly is the Baby Bridge? As the name suggests, it is a variation of a bridge, just not how you imagine it. It was named I think by Wim Deputter, a Belgian black belt, and top instructor. The name stems from the way babies bridge to roll over to their stomachs, which is a notoriously difficult posture to deal with as a parent.

Basically, for a baby bridge, you think o the bridge not just in a linear fashion, but more of a dome that starts at the mats has its peak where the usual BJJ bridge is and then can go to the other side completing the dome. The baby bridge is when you are lying on the ground, one shoulder off of the mats, and you extend your hips along the mats as far as they can go.

There is a highly specific positioning of the arms and legs, something that Priit Mihkelson explains in great detail. The idea of the position is to never allow both your shoulder blades to end up on the ground. That is when you get stuck with middle of the position Jiu Jitsu escapes. By not allowing people to pin you to the ground, you’re not escaping a pin, but rather keeping a defensive posture that will prevent chokes, armlocks, leg locks, or transitions into other positions from happening.

The best part about the baby bridge is that once you learn to do it it works against sweeps, submissions passes, as well as pretty much all top positions. MOreover, all it takes to execute it perfectly, apart from understanding the mechanics is having the patience to stay still.

Jiu Jitsu escapes will be the next huge thing everyone will turn to in BJJ. IN fact, they already are. However, instead of falling behind what the most innovative folks are doing, and only going for the same old techniques, be ahead of everyone else. Focus on the baby bridge, focus on more static defensive postures that actually make sense, and try to understand what it is that you are actually defending. Suddenly, BJJ will seem a lot more fun.