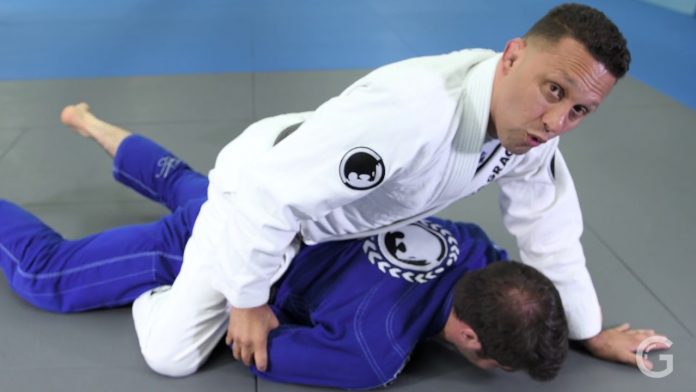 The back position is considered to be the one position that is superior to all others in the sport. While today, many people might disagree, what everyone must confess it that BJJ back attacks are amongst the most reliable attacks in all of grappling martial arts. To that extent, lots of people dedicate enormous attention and time to training BJJ back attacks. However, this doesn’t even come close to the time people that try to counter and defend them put in. which means, this staple of BJJ and the position that brings joint-most points, is now one of the very few successful attacks. Well, there’s a way out, or better said, around this.

The most frustrating thing when you’re attacking the back is when you can’t sink in that choke. regardless if you’re going for a bow and arrow or a rear naked, having back control and not submitting someone is like eating a vegan burger. It’s good, but not quite like the real thing. In most cases, It’s even difficult for people to move from the back into other attacking positions, like towards a Kimura or an armbar, or even an arm triangle. This is actually the great dilemma of the back mount. Should you keep it at all cost, or move towards an “inferior” position in order to get a tap? 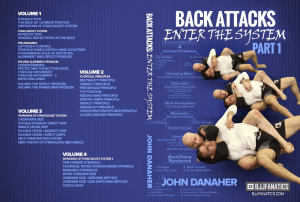 In terms of regular back attacks, John Danaher has all the answers. The BJJ guru even covers some unorthodox concepts in terms of attacking from back mount. Check out his second release “Enter The System: Back Attacks” to learn the most comprehensive system for finishing from the back that grapplers have ever known! And, for a few very unusual attacks to add to it, keep reading this article.

The common things you can do from the back are not many. At least not many that work. Most people think about retaining the back more than they think about submitting, So, abandoning submission attempts in order to keep both hooks in or a seatbelt grip in place is not uncommon. Sacrificing a hook is no big deal if the result is putting your opponent to sleep.

The clear options from the back are, of course, strangles. You can either go for the classic rear naked choke, hit a short choke or look to strangle with the lapel. All of these are the first choice option for a reason – they have a very high success rate. So, when you’re going fro BJJ back attacks, focus on these first.

One thing you can do is a transition into armlock attacks on the weak side. In back control, it is the side on which you have the arm under their armpit. It is quite easy to go get their head out of the seatbelt and you’ll be left with a Kimura grip. Placing your far side leg across their head gets you in a great armbar position. While not a point position, it offers a lot of attacks besides the armbar, like Kimuras or Omoplatas.

From a different perspective, you might choose to go the choking route. For a back triangle, all you need is getting the leg from the “over” arm side across the neck. Or, if you prefer choking with your arms, just circle the “under” arm across the neck until you reach an arm triangle position. Of course, in both instances, you’ll have to abandon back control in order to continue with BJJ back attacks.

So, what are soma alternative avenues to explore in terms of BJJ back attacks? Could you perhaps enforce a choke, despite your opponent holding your hand firmly inside your seatbelt grip? Could you perhaps, somehow, find a way to hit a leg lock directly from there? How about neck cranks, or weird unexpected armlocks? Well, this is BJJ, so the opportunities certainly exist. All you need to do is be aware and recognize them when they present themselves.

This is without a doubt, my one favorite move that stems from unsuccessful “regular” BJJ back attacks. If we imagine that you can’t find a way past your opponent’s defenses, yet you still do not want to give the position up, you might go for this one. It is one of Eddie Bravo’s inventions and a really cool one at that. What you want to do is fall to the choking side first.

Next, the goal is to get your top hook off and kick their leg forward, as hard as possible. This opens up a path to get your bottom leg back and place your shin as deep as possible behind the knee of their bottom leg. From there, use the other leg to hook and guide their shin towards you. The ultimate goal is to place their toes behind the knee of your top leg. A great tip is to use the top arm to help you pull the foot towards their butt. From there, you’re in a position for a very very nasty and undefendable calf slicer.

The only drawback of this move is that you’ll need to wait until you’re a brown belt to do it. Well, if you’re competing under IBJJF rules, anyway.

This move is the easiest solution to most failed BJJ back attacks. The only prerequisite for this move is having a seatbelt grip tight and secure. Hooks don’t really matter, and neither do the arms of the opponent. The seatbelt choke is really really easy and works in both Gi and No-Gi, making the best option to go for when the opponent is unchokable via regular means.

In order for the seatbelt choke to work, you need to completely abandon back control, apart from the seatbelt, of course. It works best when your opponent has better grips, preventing the rear naked choke. Furthermore, as they manage to sneak out of your hooks, you’ll either have to re-take the back or give it up. Well, now you can also finish directly. As the opponent slips your hooks, let them get out and transition to a kneeling position behind them. From there, make sure the shoulder of your “over” hand ends up behind the opponent’s head. Now, regardless of their grip placement, simply sprawl back and pull the seatbelt as also towards you as possible.

This armlock requires a bit of positioning but is totally worth it. It is the most unexpected of today’s attacks and one that’ll catch everyone. It works when you’re in position for a lapel choke but can’t finish because of the opponent’s grips. The first thing to do is make sure you’re lying on the strong side. Next, use your to arm to control their top arm. However, instead of going under the arm, you’ll go over it, so you can trap the arm between your elbow, knee, and armpit.

This kind of positioning is going to guide your opponent to try to get their hips over your bottom hook. Let them do it. You need your hook out so you can switch your hips to a better angle. Now, while the opponent’s maybe expecting a straight arm lock, due to the trapped arm, you’ll set up a bent armlock instead. Place the wrist of the trapped arm behind your back, placing the arm in an Americana-like position. Finish by guiding your wrist under the elbow, similar to a heel hook grip. A short hip extension and you’ll get a very quick tap.

Finally, you can always transition from BJJ back attacks into other highly attacking positions. Actually, you can use the sneaky kamikaze setup to enter into some “grey” zones of grappling. We turn to 10th Planet Jiu-Jitsu once again, this time towards the Twister. While you’re learning the sneaky kamikaze, you’ll have plenty of failed attempts. That means you can either get back into classic BJJ back attacks or transition to the next best-attacking position.

To get the Twister, all you need to do is make sure you keep the leg configuration of the sneaky kamikaze calf slicer. Next, you’ll move your torso sideways to get the angle for attacking the near side arm. Breaking the grip is hard, but there are a couple of really effective ways to do it. Once you have the arm, setting up the Twister is easy. Or, even getting to the Truck position if you so desire.