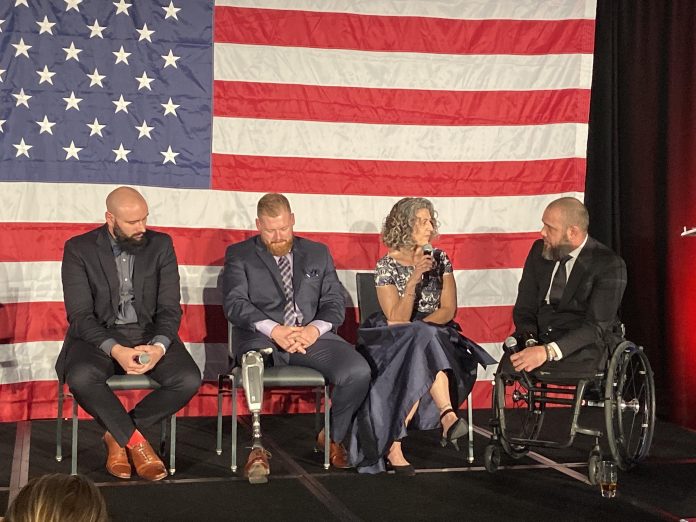 On an earlier occasion, I wrote about Mat Therapy, and how Jiu-Jitsu can help with different types of mental and physical illnesses that are specific to modern times. Now there’s a way to actually help veterans cope with daily life with the help of BJJ therapy. There’s a foundation out there, called the “We Defy Foundation” that is doing all the right steps. It is run by former soldiers who are actual grapplers and intended to help their fellow veterans in any way possible, And it is a project that we at BJJ World wholeheartedly support. In fact, there are several ways in which you can contribute to the cause, and we’ll talk about al lof them further in the article.

Any transition in life is not easy, let alone one from war to peace. The people that are making sure we sleep safely actually need our help more than anyone understands. PTSD and similar traumatic disorders are more of the rule, rather than the exception among veterans. Sadly, the support system they should have available is nowhere to be found, so non-profit organizations need to pick up the government’s slack. This is neither the place nor the time for pointing fingers, so we’ll focus on how to help those in need, rather than look for blame. One exciting way of helping veterans figure things out is with “BJJ therapy”. So far, it is as effective as it sounds unorthodox, so it’s time to make it readily available for all that need it. 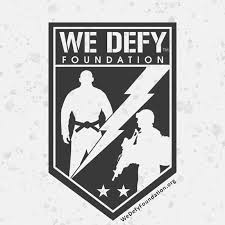 The We Defy Foundation is a non-profit organization founded by a Brazilian Jiu-Jitsu competitor by the name of Joey Bozik. He is himself an army veteran, with 6 years of service, a purple heart, a bronze star, and a devastating injury. Joey lost both his legs after an IED exploded during his service in Iraq. Back in civilian life, Joey never stopped to think twice, getting his Psychology degree and refusing to give up o training. A black belt bin Kenpo, he decided to give BJ Ja try, and ended up from being in a wheelchair, to actively competing in Jiu-Jitsu.

The team also features blue belt Travis Larson, Dr. Megan Michael, a board-certified chiropractor, and avid Jiu-jitsu practitioner, as well as Profesor Alan Shebaro, a BJJ black belt. The team, as it is obvious, is the perfect blend of people to really help veterans through BJJ therapy. A 4th degree black belt under Chris Haueter, Professor Shebaro is the Vice president of the We Defy Foundation. He is also a veteran of the Special Forces Regiment. He was also a very distinct Combatives instructor in the Army. To this day he trains a lot of law enforcement professionals in both close combat tactics and BJJ. Moreover, he is an avid grappling competitor.

Bozik founded the WE Defy Foundation in 2015, along with his professor Alan Shebaro. The way they operate is not just by offering classes and support to veterans. On the contrary, they’re trying to build an entire network of affiliate gyms that are willing to join the program. The foundation both employ the help of ambassadors, as well as gyms and also has an option for direct donations as well. The foundation has a goal of reaching as many veterans as possible, offering them the benefits that only Jiu-Jitsu can bring.

Benefits Of Jiu-Jitsu For Veterans

When it comes to BJJ therapy, there are countless ways in which it can be useful to veterans. Of course, the big thing is PTSD. As a disorder, PTSD can manifest in different ways among individuals. Moreover, the stenrgth of the symptoms and the effect of it are also different from person to person. As such, the usual therapy approach does not seem to be particularly helpful when veterans are in question. 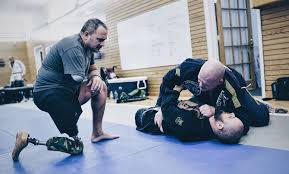 In modern days, there are also studies taking place that are looking. One study suggests that the effect of Jiu-Jitsu on reducing PTSD symptoms in a measurable way. The fact remains that there are physiological and cognitive benefits of training Jiu-Jitsu that have proven extremely useful in alleviating PTSD. Plus there’s the social aspect of it, which is huge because it provides a much-needed support system that veterans are used to from their service days. Psychologically speaking, there are plenty of further benefits to training grappling in order to deal with mental illnesses and/or trauma.

In fact, there are several testimonials on the We Defy Foundation website that clearly portray the powers of BJJ therapy when it comes to veterans suffering from PTSD symptoms. People state different aspects of training that helps them cope with everyday life and adjust more easily. Some like the fact that they’re “battling” again as warriors. Others love the social support system that comes with BJJ. Moreover, there are others that have severe injuries like Bozik does and find hope for life in training Jiu-Jitsu, which is incredibly powerful and inspiring.

The Unlimited Potentials Of BJJ Therapy

Whichever way you look at Jiu-Jitsu, it has the power to change lives. For veterans, grappling has a clear role that will help them find their feet again. However, veterans are not the only category of people that might find the therapeutical benefits of Jiu-Jitsu. People suffering from depression, anger management, anxiety, and a whole host of mental health issues. One such example is ADHD.

ADHD stands for Attention Deficit Hyperactivity Disorder. It is something we see in kids nowadays quite often. In essence, it is a sensory overload that prevents those affected from focusing on completing everyday tasks. In that sense, martial arts, in general, are extremely useful for helping children discover self-discipline and structure. Brazilian Jiu-Jitsu, however, seems to be the ultimate solution. It involves not just a mental component and the usual benefits of martial arts, but also a physical one. The pressure form training and rolling with partners actually act as a calming agent. Helping kids rediscover much-needed focus. Plus, no other sport offers th same level of mental engagement as JIu-Jitsu.

Whichever way you look at it, BJJ therapy is a real thing. Whether it is kids with ADHD or veterans suffering from PTSD, BJJ can save lives, in the most literal sense. To that extent, let’s make sure that we, as grapplers, offer all the support we can to those turning to Jiu-Jitsu for help. Support the We Defy Foundation, and all similar projects, and let’s hope that Jiu-Jitsu can do what conventional therapy can’t for those that sacrificed everything for our safety. Thank you for your service!