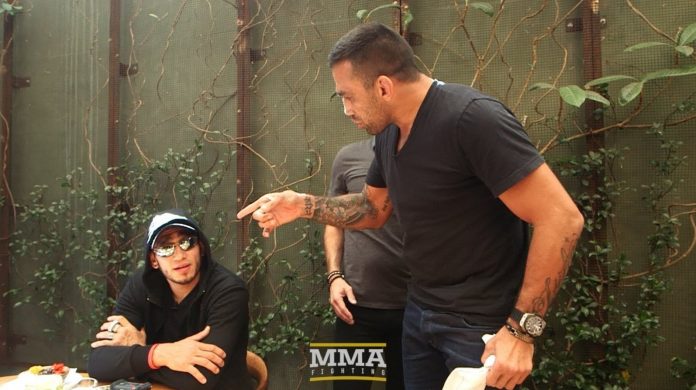 Tony Ferguson and Fabricio Werdum sat down in Los Angeles to talk to media prior to UFC 216. What caused the incident is when Tony Ferguson was answering on some questions and Fabricio was talking to some Journalist.

Immediately after that Werdum fired to Tony saying, “f*ck you” and he repeated it for several times.

Ferguson replied: “When I’m talking you shut your mouth,”

Werdum responded with: “Shut your mouth, you f*cking f****t, Don’t talk to me like that, that’s not how it works. You can talk like that to your division but with me you can’t talk like that f****t.”

After Werdum’s stand up Chris Costello entered in to separate both guys. The rest you can see in a video as there was a lot of talking from Werdum on Portuguese.