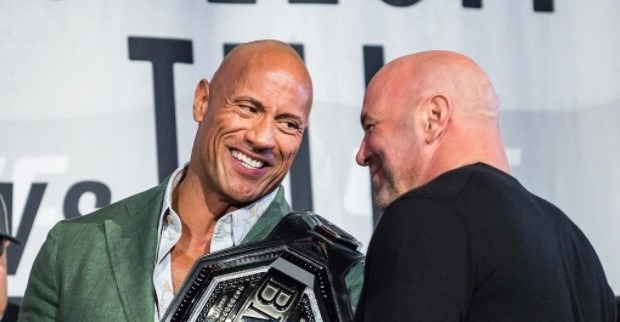 There are more and more people commenting that there won’t be another rise of Stipe Miočić.

The UFC’s APEX hall hosted a number of “celebrities” who wanted to accompany the UFC 260 event from the first rows. There were already well-known sports fans like drummer Travis Barker, Miocic’s friend, Machine Gun Kelly. Although Dwayne “The Rock” Johnson, known as a big fan of martial arts, wasn’t there, he commented on the fight between Miocic and Ngannou on Twitter.

“This was dominant. What an amazing journey the greatest of all time Stipe has had. I have nothing but respect for that guy. I would wholeheartedly congratulate my brother Francis Ngannou, the time of the Predator is over,” – Johnson wrote.

Wow that was dominant.
What an incredible #goat run @stipemiocic had.
Nothing but respect for that guy.
A huge congrats to my brother @francis_ngannou.
The era of the Predator begins. #WarriorMana #UFC260

The Rock proved to be a big UFC fan when he accepted the idea of ​​awarding a “BMF” belt to the winner of the main fight of the UFC 242 event. In November 2019, he did so, putting the same around Jorge Masvidal’s dogs after he defeated Nate Diaz.

Many celebrities agree and believe that Stipe shouldn’t seek revenge, at least not as Francis’ next fight. Also, no one disputes Miocic’s greatness and the results he has achieved. With six wins in the fight for the UFC title, Stipe is already unattainable, at least for a while.