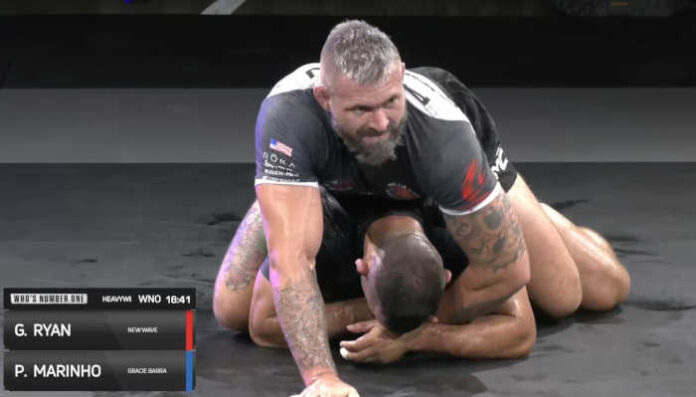 The Tezos WNO: Who’s Next Finale featured a wild night of action, including Gordon Ryan claiming his first WNO belt!

On Thursday night, Who’s Next Season One came to an end, and after a succession of events Izaak Michell won $10,000 more plus 10,000 TEZ and the title of Who’s Next Season One champion. Izaak fought Kyle Chambers for nearly two hours on two separate mats before eventually gaining an armbar victory by controlling the majority of the game.

For the most part of the bout, Izaak Michell controlled the action, riding Chamber’s back frequently. The action was transferred to the rear mats after 99 minutes in order for the main event to take place. After 2 hours and 28 minutes of competition, Izaak submitted Kyle with an arm bar from mount.

In the main event of the evening, Gordon Ryan was highly dominant in winning the vacant WNO Heavyweight title by rear naked choke over Pedro Marinho.

Despite not submitting to his pre-match envelope routine, Gordon’s method of dealing with the current No-Gi Worlds absolute champion was genuinely remarkable.

The match started with fighters looking for a takedown. There wasn’t much action in the first 5-6 minutes until Gordon did a foot sweep to end up on Marinho’s back and take him down. Marinho tried to avoid being at the bottom with some fast reactions, but without success. Marinho ended up on his back with Gordon in his half guard.

Soon, Gordon advanced to full mount and completely shut down any kind of Marinho’s actions. Marinho had a few tries to escape but they all ended up with Gordon in full mount.

% minutes until the end of the match Gordon took Marinho’s back and submitted him with Rear Naked Choke. 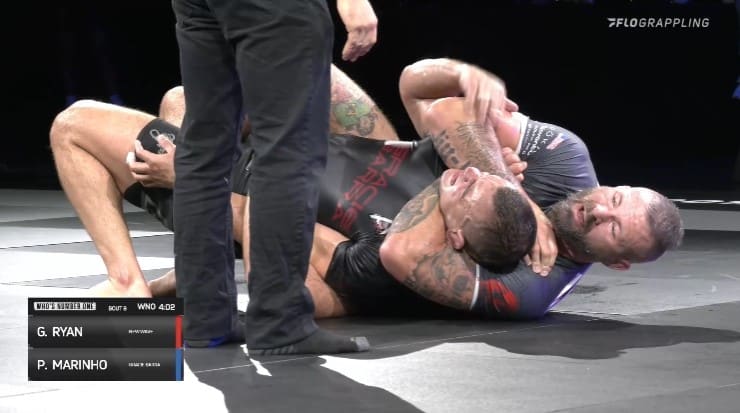 After the match, Gordon said: “Better step your game up because your level of Jiu-Jitsu is pathetic”.

Who’s Next Finale: Izaak Michelle vs Kyle Chambers | No time limit submission only

Izaak Michell was in command for the most part of the match, riding Chamber’s back frequently. The bout was moved to the rear mats after 99 minutes so that the main event could begin. Izaak submitted Kyle with an arm bar from the mount after 2 hours and 28 minutes of action.