just a short while ago, one move became a real hit when it comes to new, cruel and unusual BJJ submissions. The Tarikoplata is a nasty armlock that caught many of the highest level grapplers by surprise. As such, it is tried and tested in competition, with a stellar record to show for it. However, people attempting to figure it out came up short. The reason behind it is that the founder Tarik Hopstock kept the secrets of his best weapon to himself. He did a few seminars here and there, perhaps the odd YouTube video, but nothing that revealed the entire Tarikoplata system. Until now. Now, the Tarikoplata DVD instructional is here, and Tarik spares absolutely nothing. This raises the question, though, what has he got up his sleeve next?

Until such time that we see what Tarik Hopstock has ready for us next, we can certainly enjoy the Tarikoplata DVD. The Norweigan brown belt is certainly an interesting character, on top of being a scary opponent to meet on the mats. Tarik has been competing every chance he gets, and many of his numerous submission wins are down to his signature patented move – the Tarikoplata. As the name suggests this is a modification of the Kimura, which means it is a shoulder lock. However, instead of just going for one move, Tarik did a system based around it and has the ability to set it up from anywhere. And now, you can too!

At brown belt, Tarik is already the nightmare for many black belts out there. That only means that by the time he reaches black belt (which his not too far away) he will be a  real force to be reckoned with. He is an example of “fresh blood” of the highest level that’s bound to change the game forever. In fact, he already has made a more than significant impact on Jiu-Jitsu, His signature submission hold, the Tarikoplata, took the world, and many of his opponents by surprise. It also made lots of people attempt to recreate it, something that didn’t turn out too successful even for black belts. 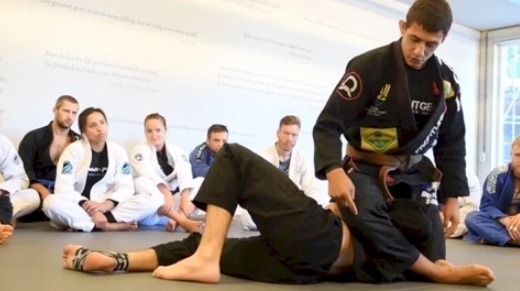 The 23-year-old Norwegian grappler, training out of Frontline Academy in Oslo. He is a brown belt under Eduardo Rios, of the Carlson Gracie lineage. So far, Tarik Hopstock has competed in pretty much every major European competition, winning most of them in impressive fashion. Some of his accolades include Gi and  No-Gi European titles, as well as a Copa Podio Brown belt champion, as well as a bronze medal at the 2016 Worlds. However, with 62 submission wins out of 73 won matches, he certainly is an attractive and effective grappler. Moreover, he certainly qualifies as high-level, even before becoming a black belt. Conversely, he only has half a dozen losses, with just 1 by submission.

Hopstock started training BJJ in 2011. He loves to compete and is a calm and very methodical competitor. He is a guard player that particularly enjoys hunting for submissions. This submission fascination of his culminates with the Tarikoplata, a signature armlock that he developed to perfection. In fact, it is so effective that this Tarikoplata DVD by Hopstock himself is bound to run out of stock very soon!

The Tarikoplata is certainly a move you need in your arsenal. Yes, it works in both Gi and No-Gi. And yes, it is legal to perform at any level, under any ruleset out there. The submission itself is not a complicated one, which is exactly what makes it effective. It is an innovative way of executing an armlock that is proven to work at the highest levels of the sport. Not to mention that this is a move that Tarik is still going to polish and evolve. So far, the Tarikoplata DVD is only the first step in the development of a brand new submission hold.

A real BJJ up-and-comer, Tarik has submitted all kinds of grapplers, even those bigger and more experienced than him. Furthermore, he uses the Tarikplata from both top and bottom, even though he favors guard setups more. The Tarikoplata DVD is going to provide you with a detailed explanation of everything Tarik has to offer on the subject of his signature submission so far. In it, you will learn the ins and out of the Tarikoplata, from basic mechanics to crazy setups. Given that even black belts go to Tarik to learn, this is a unique opportunity to learn from the best person for the job – the founder of the submission.

The instructional, lasting at around 40 minutes has a clear cut progression organization. Opening the account with basics, Tarik Hopstock and everyone’s favorite uke, Placido, go over every possible application of the Tarikoplata step by step. They even offer some troubleshooting and live rolling near the end.

In the first half of the Tarikoplata DVD, Tarik Hopstock goes over a short intro before going into the submission itself straight away. First up is a setup from the top position Kimura. More specifically it is a North-South Kimura that offers the easiest setups. Tarik uses the threat of Kimura to explain how the Tarikoplata works in great detail. He also uses it to show setups without any resistance from an opponent. In fact, this is exactly where Tarik offers key details on finishing the submission without hitting snags.

Progressing from the finish, Tarik uses the remaining 7 chapters in this portion of the instructional focus on different ways to finish the submission. Rolling finishes are first, offering you options both forwards and backward. There’s also a very slick double under entry which is certain to have you tapping everyone in no-time. The knee shield entry is one of my favorite ones, followed by a sleeve and collar entry. Finally, the very famous S-mount Tarikoplata wraps up the first half of this amazing new instructional.

In the second portion of the instructional Tarik Hopstocjk offers some amazing options in regard to hunting for theTarikoplata. Once again, the top Kimura is the starting point. However, this time, options go in different directions. In fact, all the position covered before: the knee shield, double under, etc get further attacking options in this section. Also really important is the top position Tarikoplata. A highly interesting chapter is the one on the differences between this submission and the Barataplata, which many fail to see. Actually, Tarik offers a great way to integrate both attacks into one highly effective gameplan.

Wrapping the entire Tarikoplata DVD up is a large section on troubleshooting, again covering a multitude of positions. In fact, he offers clear answers to just about every FAQ you might have. Ending the instructional in style, Hopstock rolls live with Placido, demonstrating how the different Tarikolata setups and finishes work.

The Tarikoplata DVD by Tarik Hopstock is short, sweet and to the point. It is a key instructional for every competitor out there. Even if you do not plan on using the Tarikoplata, you should learn how it works so you don’t get caught with it. The fact remains that this is one move that’s here to stay. Moreover, it is still going to develop and evolve, particularly when Tarik gets his black belt. And we can’t wait to see which direction this move takes us to! 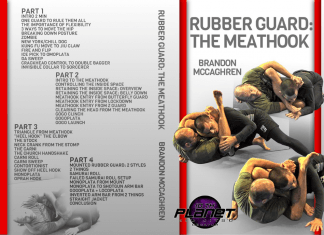