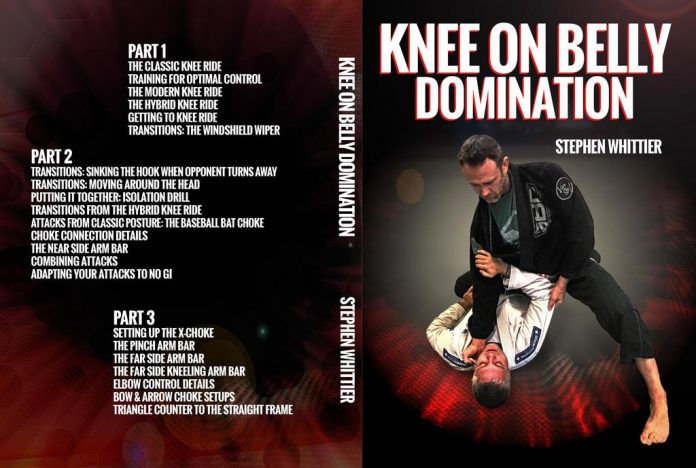 Being heavy on top is one of the hardest skills you can master in Brazilian Jiu-Jitsu. It really does take lots of effort to nail down body positioning, balance, adjusting on the go and a host of other variables. As such, certain positions are more stable than others. however, the one position that delivers arguably the most uncomfortable pressure, is not famed for its stability. Still, there’s a run around for this issue, as long as you know where to look. The “Knee On Belly Domination” Stephen Whittier BJJ DVD is the best place to start looking for knee on belly answers.

I really love the knee on belly position. Of course, I love it when I’m the one on top. Even drilling moves from it make me cringe when it is my turn to be on the bottom. When moe does get it in a roll or match, its as close to a living nightmare as you can get. Still, there are some valid counters and defenses that might save your life. Well, there were, anyway. There’s a new Stephen Whittier BJJ DVD out there that has all the answers to any counter or defense. It is going to make knee on belly the one position you’ll thrive in, regardless of what opponents are trying to do in response. It is about time you learned some Knee On Belly Domination anyway.

For me, nearing on 34 and being the definition of “Walking Wounded”, any “lazier” take on BJJ is a goldmine. Not surprisingly, I know about all the guys that dominate the Masters’ scene, along with those that focus on tactics and strategies for older (and banged up) grapplers. Stephen Whittier is one of those guys that really make my grappling life easier. In fact, they make it possible. 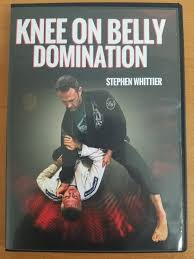 Stephen is the man behind 40 plus BJJ. It is not hard to understand that this is a system that helps people in their forties and beyond to train effectively. Of course, techniques have a huge role to play but still, Stephen’s approach is a bit different. As a strength and performance coach, he does not underestimate its value in grappling. He actually put that “old man strength” to great use along with crispy clean techniques. Another reason the 40 plus BJJ system is so good is that Whittier really likes to rely on concepts and principles.

What happens in the Knee On Belly Domination DVD instructional is just that. The 3rd-degree black belt gives his unique take on the position, split into three distinct parts. Make no mistake, this DVD is demanding and will require lots of drilling. The knee on belly position is not one you can master overnight. However, this Stephen Whittier BJJ DVD really takes all guesswork away. In a unique “40 plus BJJ” style Stephen mixes techniques, concepts, and some key balancing tips to really elevate the position to new heights.

What you can expect from this Stephen Whittier BJJ DVD is a well organized, three-part instructional. It only focuses on the subject it covers, with no unnecessary detours. The organization is also easy to follow as each volume is a subject matter of its own, connected to the knee on belly position. Of course, Whittier is a standout teacher, being both a BJJ black belt and a performance coach.

The first part of this instructional covers the knee on belly, AKA knee ride position. It is one big and detailed introduction to the position, lasting well over an hour. Part two moves on to some more specific strategies, namely transitions and movement combination. It also touches briefly on the subject of the third and final volume – submission attacks from the knee on belly position. Everything is done in accordance with the 40 plus BJJ principles, meaning there’s no need for exertion, explosiveness or unnecessary strength use.

Some people like to address the knee on belly position as the “knee ride”. It is essentially the same thing. However, with Stephen’s approach, it’ll feel a lot more like you’re riding your opponent, given you’re impossible to buckle off.

There are three “knee on belly” variations that Whittier explores. The first one is the “classic” knee ride, the one we’re all used to doing. Then, there is the modern knee on belly, followed by the hybrid knee on belly. you can sense the clear progression patter even from volume one. Whitter spends a lot of time talking about how you control the position itself, and then the person on the bottom. It is a really simple and useful concept to follow whenever you’re in the knee ride.

Before volume on of the Stephen Whittier BJJ DVD ends, he does cover some entries as well. In what is going to be a hallmark of the Knee On Belly Domination instructional, Stephen also announces the subject of the next volume at the very end of this one. in this case, it is a windshield wiper transition that introduces the specific movement part of the instructional.

In terms of transitions, with the classic knee on belly, we all know how to switch side to side. More advanced students are also very well versed in switching sides via a long step. Well, Whittier has a lot more transitions to add, some known and others brand new. 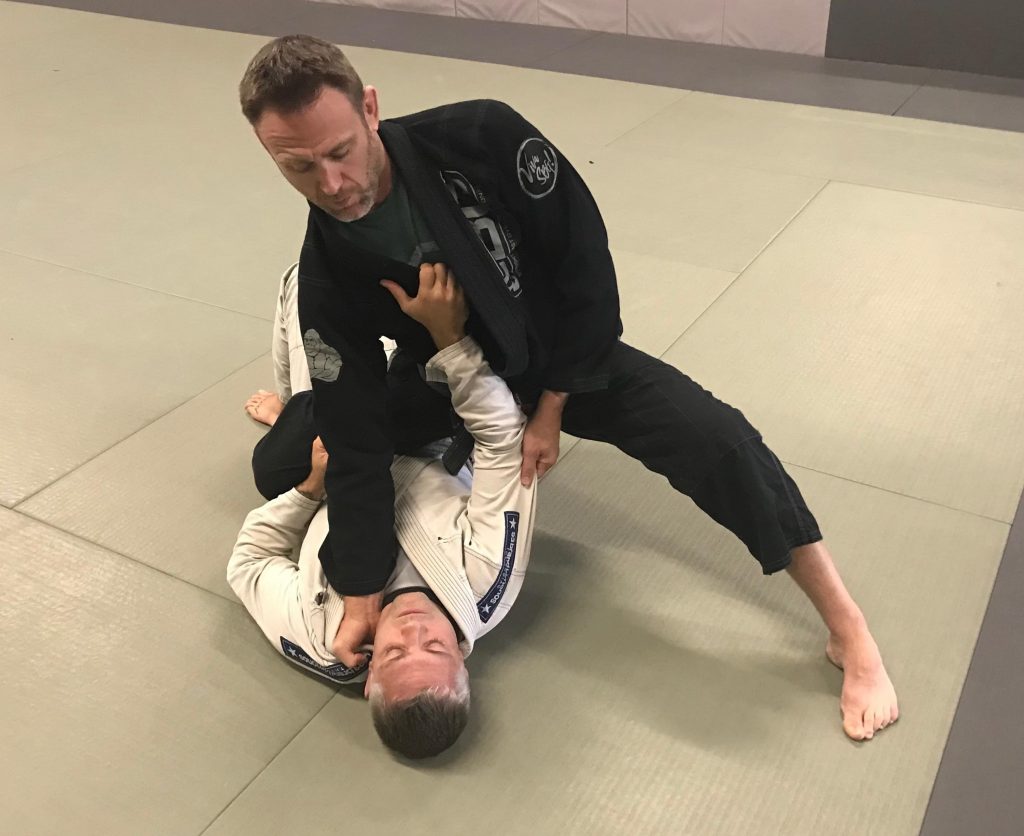 The transitions Whittier covers work in two main directions – towards the head and towards the hips. In the first case, you learn how to move around the opponent’s head most effectively. As far as hip side transitions are concerned, the focus is on taking the back, of course. In both cases, the opponent’s reactions play a huge role in how and where you’re going to move to.

The transitions here work from all three variations of the knee ride. There’s also a great blueprint of how you can put a lot of them together really easily. Some crazy effective drills also make an appearance in this volume. Wrapping up are a few submission options, as well as a system of combining everything together. A very valuable chapter is the one on adopting everything taught so far to No-Gi. Knee on belly domination with every step!

Finally, the volume that’ll make everything we saw so far make sense. So far, you know how to get to the knee ride, hold it and transition in and out of associated dominant positions. Now it is time to explore some finishing options.

To put things simply, the submission options Stephen offers are armlocks and chokes. In terms of strangling people, he likes to use the X choke, bow and arrow, and triangle. The first one works directly, while the other two will require some of the transitions seen in part 2. Armlocks are centered around the straight armbar, with plenty of variations available. there are both far and near side options, with lots of crucial details, like elbow control.

All in all, the “Knee on Belly Domination” Stephen Whittier BJJ DVD is a very complete and easy to follow guide to mastering the knee ride position.

Who is this instructional for then? Just the 40 plus grapplers or others as well. Put simply anyone is going to benefit from this. The way Whittier explains things is just as understandable to beginners as it is to black belts. Age doesn’t really matter that much, with the bonus here being that the moves will work really effectively even with significantly older grapplers. That said, it’s all down to technique and principles, proven to work at the highest level.