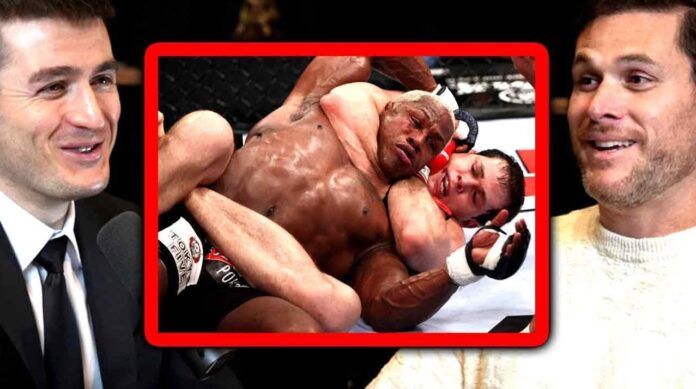 In a recent podcast appearance on the always entertaining Lex Friedman podcast, Brazilian Jiu-JItsu legend Roger Gracie talked about many different and intriguing subjects, with his approach to the BJJ competition mindset and staying calm really standing out.

Roger Gracie is one of the most decorated and successful BJJ competitors. He has won everything not in Jiu-Jitsu, from the IBJJF Worlds to ADCC, and holds several different records, including submitting all of his opponents on his way to his world titles. His BJJ competition mindset has always been as strong as his game, but it did not come naturally.

The 41-year-old was also prolific in MMA fighting under the Strikeforce banner. In fact, he was once considered to be the GOAT of BJJ, and the BJJ world perceived him similarly to how we perceive Gordon Ryan now.

As Roger stated during the lex Friedman podcast his understanding of the BJJ competition mindset was something he really developed properly only after achieving his black belt. One big thing that he did before every fight or match was that he never waited until being on the mats to get his mind into competition mode:

“I think that it’s very important for me to start before… I almost walk [with my mind] blank to the mat.

Many times I passed my friends and I couldn’t see anyone who wanted to talk, because I’m 100% focused on my opponent and I cannot even see them in front of me. So, it was always very important for me to clear my mind out from everything.

It’s something that you learn. [Because] the more you think, the more nervous you get. And there’s nothing you’ll gain from thinking about the fight or the possibilities like: “What can go wrong, what can go right… Because, you have no idea – there’s no way to predict the fight.”

Thinking too much and trying to analyze things about to happen is a detriment, according to Gracie, who finds that keeping a blank mind is not just the best BJJ competition mindset before a match, but also helps immensely during:

“There’s a lot of times in a fight when you get tired, really tired… And the last thing you want to think at that time is how tired you are.