Roger Gracie is a legend of the sport of BJJ. That, however, meant nothing as Roger contracted the COVID_19 Coronavirus, and had one of the toughest battles in s life. the multiple-time world champion and GOAT contender, recently spoke about his experiences with the Coronavirus, after spending nearly a dozen days trying to get ton top of it. There’s a huge lesson to be learned from his experiences!

The COVID-19 is slowly becoming something we’re kind of getting used to. And that is the worst possible thing we could do. While we may think that the virus only targets immunocompromised people and is a risk only for the elderly and sick, it can definitely surprise a person or two. There are unfortunate cases of the virus causing trouble in healthy and young individuals, even professional athletes. And in terms of BJJ, the most recognizable name to have direct experience with it is Roger Gracie.

Everyone is at Risk of Coronavirus

Just like that. Everyone is at risk. It doesn’t matter if it is a big or small risk, we’re definitely not safe. The meaning of this is huge, particularly when it comes to Brazilian Jiu-Jitsu. At present, BJJ does not exist. All the gyms are closed down as we wait for the COVID19 situation to get resolved. It will, undoubtedly, and we’ll get back to choking people and twisting their limbs in a matter of weeks. However, in the meantime the goal is easy – stay safe, and stay healthy.

To do that, we have to be humble and accept that the virus is no joke. After all, if a big man like Roger Gracie could succumb to it, and actually end up battling for his life, then so can everyone. If this scares you, good. It should. It is definitely not something we chose, but we do need to actually stay at home in isolation until this nutty thing passes. That’s if we ever want to be able to roll again. IF the virus doesn’t scare you, then the fact that you might end up not rolling for a year or more definitely should. 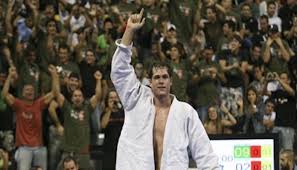 Roger Gracie’s story is an inspirational one. In the BJJ community, we haven’t had many reported cases or deaths so far. However, it is a fact that grapplers have been affected by it, some more than others. Lucky for the BJJ world, Roger Gracie is one of them, and coming out victorious from his ordeal, he can share an important message. And, since it is him giving it, I certainly hope that grapplers will listen.

Roger Gracie Taps The Coronavirs After A Hard Battle

Roger Gracie, a world champion in grappling and MMA leads a healthy lifestyle, being such a high performing athlete. At 38 years of age, he is not at all in the “mature athlete” category. Currently based in the UK, Roger actually ended up positive to the COVID-19 virus. Not only that, but he ended up having to fight through the infection, and it wasn’t easy.

In fact, according to Roger, “he never felt that before” as the virus managed “to take him down”. And that is not a feat many grapplers have succeeded in throughout the years. Just like everyone else, Roger closed his BJ Jgym nearly a couple of months ago now. And it was a timely decision as he started experiencing symptoms within days of closing.

AS per Roer, he had a fever, weakness, shortness of breath, coughing and a headache. he ended up calling an ambulance, but wasn’t taken to a hospital and was advised to stay in home isolation fro the duration of the infection. After a 10day long struggle with fever and pain, Roger Gracie ended up victorious once again. And he definitely has immense respect for this latest daunting opponent.

As Roger says, the never expected the virus to affect him like that. Given his lifestyle. That’s also the lesson he likes to convey to everyone. Respect the safety measures, stay at home, and ride it out. If this virus had Roger Gracie worried, then there’s no reason to play with any chance of contracting it. After all, that’s what Roger recommends anyway.

Speaking of people not taking the COVID-19 measures seriously, Richie “Boogeyman” Martinez, the famous 10th Planet Jiu-Jitsu competitor, just got fined for not respecting the Coronavirus guidelines and rules. As per his words, the Boogeyman was filming videos fro his students in the gym, and police were waiting for him outside. he ended up with a fine for not respecting the ban on training.

Martinez training, though, comes as no real surprise, as he is slated to grapple against Austin Vanderford, a Bellator fighter, in just over a week’s time. Despite all the bans, orders, and pleas, quite infamously, Chael Sonnen is not giving up on holding the planned events of his Submission Underground p[rmotion. To that extent, SUG 13 takes place April 26th with a card that includes Craig Jones, Vinny Magalhaes, Boogeyman, Jake Ellenberger and plenty of other big grappling names. 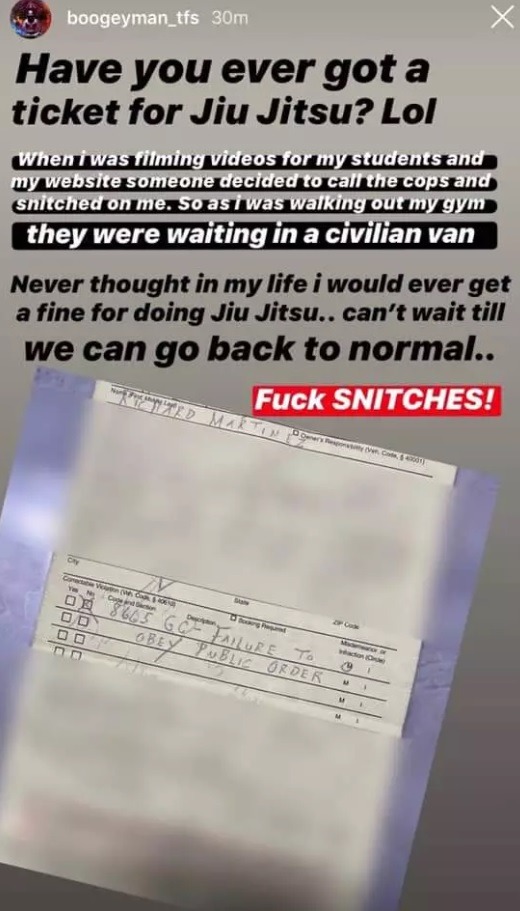 I’d much prefer to stay completely free of the Coronavirus, after seeing what Roger Gracie went through. No amount of blitz BJJ training at the moment is going to help with the situation anyway. So why not ride this out the right way, and get back to it all sooner rather than later? the key operating word here being getting “back”. 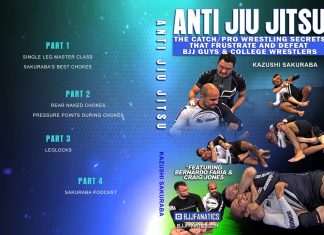 0
So, not so long after his very first modern BJJ DVD release, Kazushi Sakuraba is back with yet another instructional. We can't say we'll...