Our friend was recently training with one of his teammates during BJJ practice. And during this practice he attempted several different submissions and attempts to finish the match.

Eventually he snagged an armbar and slowly pulled forward. After securing the position and his partner still not tapping. He began to apply pressure slowly until his rolling partner cried out in pain.

He let go and afterwards felt terrible. He asked his coach if he had messed up or if there was something to keep in mind. His coach told him that Brazilian Jiujitsu is a tough sport and accidents happen.

So, Jason is basically searching to get another perspective on the event that came from his submission.

In this video I share two stories that have accidents involved in them. 1 was where I accidentally injured one of my training partners after a situation where I became upset. While I never intended to hurt him. I did so as a fault of my own negative emotions.

I also share a story where my nose was broken due to accident during a BJJ training session once. This time it was an accident which was not fueled with any sort of negative emotions. If you’re in a similar situation. I hope the video is helpful! 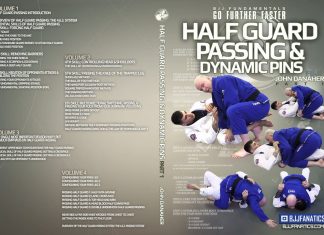 BJJ World - June 8, 2020 0
The man with the plan in BJJ is back with his god knows which DVD. While we’ve most definitely stopped counting all the John...