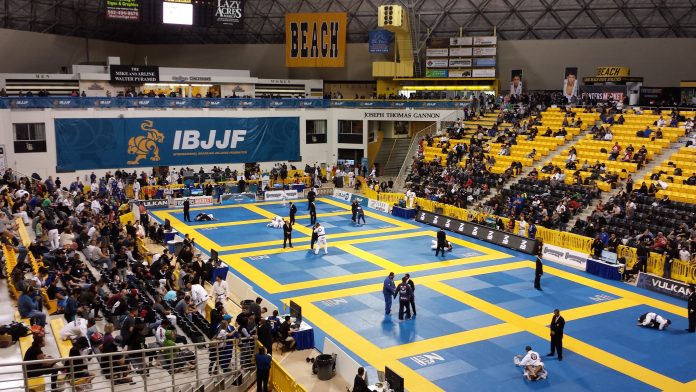 Competing in a Brazilian Jiu-Jitsu tournament is a real thrill! You get to go against multiple opponents (provided you win) and put your skills to the test. Apart from your first couple of Jiu-Jitsu tournaments, which are learning experiences, going unprepared is just a waste of your time and money. That said, preparing for a Jiu-Jitsu competition is not a simple thing to do. You need to be technically prepared, well-conditioned, on weight and tactically sound. Each one of these areas, and more, are going to get tested at a Jiu-Jitsu tournament, you can rest assured of that. So, when it comes to preparation for competition, what you need is a good plan and some time to put it to action.

When you’re getting ready for a Jiu-Jitsu competition, there’s no need to go full MMA-camp style and forget about everything. Doing three sessions a day while working a full time job is going to break you down. No matter how many “magical” pre workout drinks you gulp down, more doesn’t necessarily mean better in Jiu-Jitsu. Just like a match, getting ready fro a Jiu-Jitsu competition needs to be methodical and adjustable. Let’s take a look at every aspect you need to consider in order to maximize your chances of standing on top of the podium.

Should You Brag With A Medal You Didn’t Fight For In A Tournament: https://bjj-world.com/medals-without-winning-tournament-people-praise-success-social-media/

Competition day is a scary affair. Most people see it as the ultimate day of proving how good they actually are. This is not a wrong way to see it, but it is not the only way. While the point of a competition is to put your skills to the test, the real goal is to succeed in utllizing what you’ve trained. If you lose a match but managed to pull off a sweep you’ve been working on relentlessly, that’s one goal complete, despite the result.

In order to be able to have the peace of mind needed to apply your techniques and tactics, you need to be ready. Preparing for a Jiu-Jitsu competition is no a one way street, however, You need to be completely prepared in multiple faucets. Ok, you’ve trained your ass off on the mats. You also have the gas tank to match and a high level of strength. But those are just the physical aspects of preparation.

There are certain things you can do in the few days leading to a Jiu-Jitsu competition that are going to ensure you get the best result. They include proper nutrition and hydration, a positive mental attitude and solid fight strategies. However, remember that things that work for some grapplers, won’t be as effective for others. The following are just concepts that are applicable to everyone. if you’d like to go deeper into any one of them, talk to your instructor. They’ll know what to do. 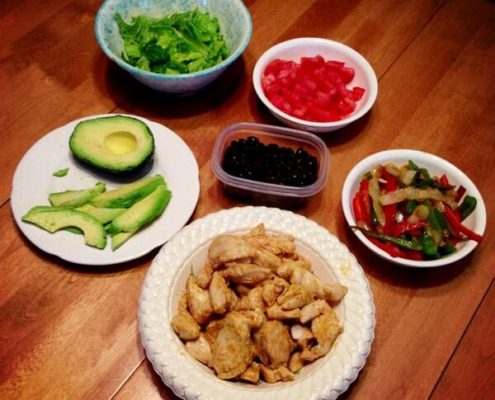 Let’s tackle the elephant in the room first. Cutting weight can make all the difference in a grappling match. It needs to be done with surgical precision in order to keep you sharp and focused. A bad weight cut means you’re already down on points. In terms of cutting weight, if you’ve done it successfully before, stick to the protocol you know. There’s no point in trying out a new protocol that you have no idea complies with your metabolism. IF you’re new to it, your best bet is not to try to lose more than a few pounds, otherwise it’ll be the only thing you’re thinking about.

On a more general nutrition note, what you eat in the few days leading up to a Jiu-Jitsu competition really mattes. Whatever you’ve been doing thus far, needs to remain the same. There’s no point in switching to the Gracie Diet three days out and thinking it’ll do wonders. It’ll actually, just do the opposite. Our bodies hate adaptation and need a long time in order to achieve it. Any shortcuts you attempt are almost certainly going to backfire on you. So, stick to what you’re doing and make sure you’re n weight as early as possible.

The same goes for supplements. Don’t give something new a try just before a tournament. It might have effects that are completely opposite of what you’re expecting. Furthermore, it may mess your weight cut up as well. The period before a tournament is not one for experimentation.

Here is another huge one – get some sleep. Sleeping before a tournament is no easy task for anyone. nerves are going to make it almost impossible to shut your mind down enough so that you get  a good night’s sleep. Here’s an example. When you see someone that has not slept the night before, what is the first thing they let you know? They say that they didn’t sleep. They might even say it before the even say hi. It has that much of a central effect on someone’s attention that it’s impossible to focus on something else. Now imagine having to compete in such a state.

However, you have to find the sweet spot in terms of sleep. Too much and you’ll be all tired an lazy, too little and you won’t have the strength and focus you need. Basic is the best – everybody should try to sleep eight hours a night, no exceptions. The night before competition shouldn’t be any different.

Nerves do play a large role in being able to sleep, so if you can’t there is an easy strategy. If you can’t sleep, just stay in bed with your eyes closed. As long as you are in bed and not doing anything, you will be able to rest enough to do your best the next day.

Even if that happens, try to not worry too much — you might end up having a great performances after barely sleeping the night before due to how nervous you are. However, try to make this the exception rather than the rule. Competing after a night lacking proper rest won’t do much good when it comes to longevity in BJJ.

This one is easy – always stick with what you’ve been using in training the most. Normally, you shouldn’t try anything different on the day of a competition. That is, with the exception of going all out when all of your main moves are failing. A common mistake is learning something the week of the tournament and trying to use that position in the competition. Maybe it can work but in reality, the chances that it won’t are very high.

Furthermore, always pay attention to the advice you get from your corner but you also try to filter what you listen to during the fight. Many times your teammates don’t even know your game plan. When the instead scream out tips that fit their approach instead of  yours you should stay the course and disregard them. While it’s good to listen to your coach and some teammates at times, it’s also beneficial to have faith in your techniques. It helps if you choose your main corner man carefully and discuss your gameplan before the competition. 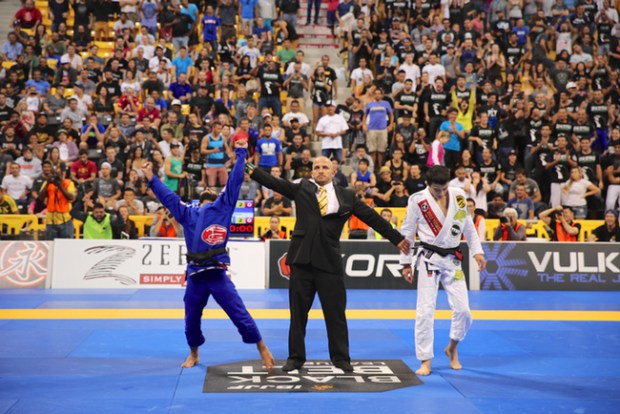 A Few Words On Mental Attitude

Some people don’t get nervous at all, while others get very nervous. A useful tip is to always remember that you are there because you want to be. Try to enjoy that moment.

The training is the toughest part. A Jiu-Jitsu competition is the fun day. You worked hard, and you really dedicated yourself. Now is the time for you to do just your best and enjoy the tournament. Also, remember that getting a little nervous is actually good, because it means that you are ready to go.

Sometimes you wake up feeling great, like nobody can stop you but when you get to the competition you lose in the first match. Other times you wake up nervous, and you go there and dominate everyone to win the tournament with a lot of submissions. So it doesn’t matter too much how we are feeling. What really matters is going there and doing your best.

Never Skip The Warm Up

Always, always, always warm up, thoroughly and properly! What happens a lot is that we are supposed to fight at a particular time, and it ends up getting delayed. It may even get delayed by 30 or 40 minutes, enough to get cold again. Depending on the tournament, it may be delayed by hours. That’s why your best bet is to do some stretching and get your body moving when they call up your division. It doesn’t have to be anything crazy, just to make sure you start getting that fire to go. Just don’t go doing deep stretches and Yoga because you’ll end up with overstretched muscles. Instead, look to mobilize and loosen up.

Once they call your name to compete, that’s the time when you really turn the warm up a notch. Normally when they call you out, you still have five or 10 minutes. Be sure to plan ahead and use this time to go through your best warm-up routine.