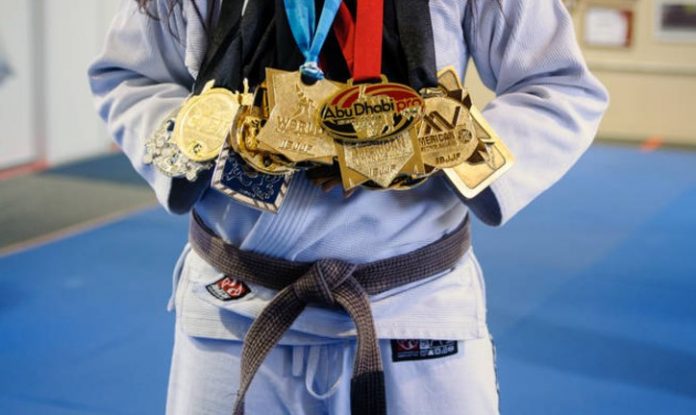 How many times you saw someone bragging about their medals on social media and when you do some investigation you know they were alone in their category, or they got a silver medal when there were only two of them, etc.?

This is really irritating, especially when you see loads of likes, smileys, congratulations and comments like, “you’re great”, “Good Job”, “Congratulations warrior”, “I knew you can do it”, “you are amazing”, “You did it champion”… Usually, you will never see these guys on winning pedestal because they’re ashamed to be seen with only one guy with them or even being alone on a pedestal. You will see them with their medal around their neck or in their hand with a huge smile ready to make fools of people ready to congratulate them.

These guys are always playing on a card that most of the people in their friend’s list have no idea what Jiu Jitsu is, where they were and what did they do. And that small number who knows what is it all about won’t be wicked enough to tell them in public to STFU and take that post off or at least tell them to admit what really happened there.

Even worse is when guys who wait for the last few minutes to register on IBJJF tournaments in categories that are empty. As IBJJF tournaments are the “best” for this kind of people because IBJJF does not merge categories if there’s no more than one guy. They just get their medal for their money spent on registration and they’re free to go. You can usually see these guys bragging on Facebook with sentences like “I only weight 160 lbs and I’m going to fight in Ultra Heavy against giants, Cyclops…” and other mythological creatures.

I would like to ask those guys, who are you fooling? Your friends? Your students? Your parents? Yourself? One day people will realize what you were doing and they will be talking about it so even if you win something it will be marked as fake for people around you.

It’s nothing wrong if you showed up alone on a tournament in your category and got the medal. No matter what you deserved it. You were ready to fight and that’s also what matters, but be honest with your self and people who surround you. Take that medal and go to absolute, fight someone, win or lose, it doesn’t matter. What matters is that you’re honest with your result. There’s nothing wrong in losing. There’s nothing wrong with losing because everyone loses and if you still care about losing at least you don’t have to be fake so next time you post on social media admit what happened. I assure you that you will get more respect from people for being honest than for winning some metal that most people will forget until their next meal.