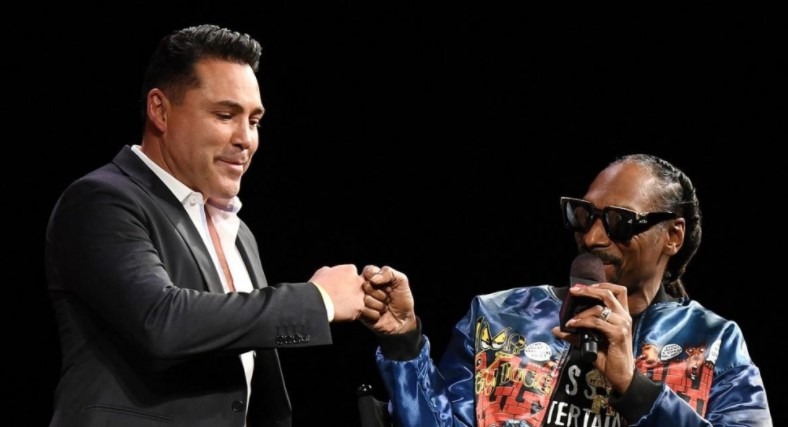 Oscar De La Hoya amused and made some laugh, and worried others… His commentary and behavior during last weekend’s Triller Fight Club show is one of the main topics on social networks.

The former world boxing champion often used inappropriate expressions during the broadcast, he shouted, sometimes taking long pauses between words, and here and there he would stare frantically at the camera or his colleagues in commentary positions.

One such behavior by the legendary boxer, who has had a lot of problems with alcohol and drug use in the past, has led many to conclude that Oscar has turned to bad habits again.

It’s never a good sign when you’re being allowed to make this type of spectacle… 🎯 #AskrenPaul #OscarDeLaHoya pic.twitter.com/VOvTsOzkYo

“As for commenting during my fight, I could be angry, but I could also laugh. But overall, the addiction is no joke. I sincerely hope that Oscar will be given the help he needs from the people around him. He was great. champion and ambassador of boxing and I would like to think that he can become one again “, – wrote Frank Mir

And former world champion Ishe Smith said something about Oscar’s behavior on Twitter. “He shouldn’t be fighting, he has a place in rehab. We’ve seen what drugs have done to celebrities in the past. It’s all fun until someone dies. Seek help for that man,” – Smith wrote.

De La Hoya, let us remind you, recently announced his return to the boxing ring. As the date is mentioned on July 3, his opponent has not been confirmed yet, but we are expected to watch that match under the auspices of the increasingly popular Triller Fight Club.

Regarding the commentary during my fight last night.
I could be angry and I could laugh too but addiction is no joke, I know.
I sincerely hope that those around Oscar get him the help he needs. He was a great champion & ambassador for boxing. I’d like to think he can be again. pic.twitter.com/mXihmyOI0l

Oscar shouldn’t be fighting, he should be in rehab, we see what drugs have done to celebrities in the past. It’s all fun n games until someone passes away, then they wanna give flowers when they are gone, get that man some help.