The most iconic grappling move of all time has to be the full Nelson hold. It is a staple wrestling move and one that had the reputation for being inescapable. Law enforcement officers use it to this day to control people when they need to. In wrestling, the Nelson is just another move that allows you to maneuver your opponent into a pin. And, us BJJ folks being the curios kind we are, should take a closer look at the Nelson hold. After all, if a move works, why not use it? The thing is, the full Nelson is just one of several Nelson variations we can use in BJJ to control and/or submit opponents.

What we do in BJJ, pretty much is recycle lots of stuff from other grappling martial arts. Of course, there are original things, but most of the things in grappling have already been seen. Just take a look at leg locks. They were around since forever, and yet, it took modification and adjustments to make them truly work in Jiu-Jitsu. Now, you can’t do without them. While not every move we recycle becomes as effective as leg locks did, they can still be useful. In that sense, wrestling has a lot to offer, particularly in the area of controlling someone, and making people head in directions they do not want to. Using a Nelson hold variation is just one of many ways of achieving such goals.

You Can’t Wrestle Without Nelsons

Yup, this is true word for word. In wrestling, you can’t have a complete game unless you have mastery of all, or at least one of the Nelson hold variations available. The Nelson in wrestling is done from lite5rally everywhere and has a simple task – block the opponent from moving before you make them touch their back to the ground for a match-winning pin. 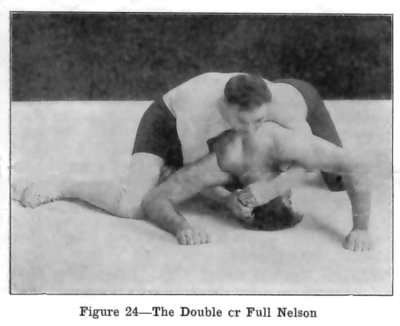 The full Nelson hold, which is what most people think when they hear the term “Nelson” works from behind. The goal is to thread both arms under the armpits of the opponent first. You then head to interlace the fingers of your palms behind their neck or head. While it can be done standing, doing it while the opponent is facing the mats is usually when a Nelson is done.

The first use of the full Nelson hold is sometime in the early 19th century, from what we know. Of course, the move must’ve existed way earlier than that, given that I really think that wrestling is the world’s oldest martial art. The name of the hold is a reference to Horatio Nelson, a British officer in the Navy and an esteemed battle strategist. This association remains unclear to this day, though.

In collegiate wrestling and everything that comes prior to it (high school, middle school, etc.) the full Nelson hold is an illegal move. I bet this gets the attention of BJJ folks! The Nelson Is primarily controlling hold, which can also turn into submission in certain situations. However, with it being illegal, and the lack of offensive options, other variations of the Nelson emerged that open up more opportunities.

The way the Nelsons are organized is via fractions. I’ll start explaining them backward since I already wrote about the full Nelson. This is the end position when it comes to Nelsons’ is always the full Nelson. There’s no better way of controlling someone from that particular configuration. However, you can go back from a full Nelson all the way to a quarter Nelson hold. 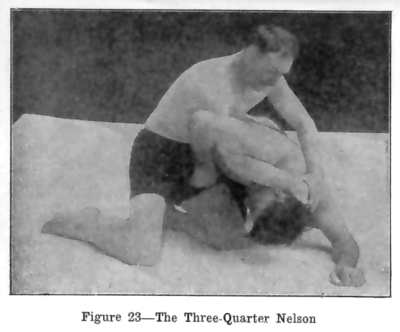 First up, though, right behind the full Nelson is the three-quarter Nelson hold. For this variation, you let go of the arm that’s near to you, so that the only control over the shoulder comes from the far side underhook. The hands go behind the back of the neck again. This variation allows for much more mobility but offers a bit less control than the full Nelson hold.

The half Nelson is the next progression, or regression rather, in the world of Nelson holds. This is when you only have one ar in the Nelson position, and that is on the near side. It is literally half of the full Nelson control, but wrestlers do tend to grip the opposite side arm with their free arm for extended control.

Finally, there’s the quarter Nelson, which is probably the variation most used in BJJ. Oftentimes, people don’t even realize they’re using it. The quarter is when you have an arm under the armpit, but not behind the head. Instead, you do a figure four with your wrists and place the palm of the other hand behind the opponent’s neck.

Now that we know all four Nelson hold variations, how do we put them to good use in BJJ? Well, there’s one position that simply cries for the use of Nelsons – the turtle. If you want to break down one of the most defensive positions in Jiu-Jitsu, you’ll need to use nelsons. In BJJ, people try to be wary of giving away the back, or headlock attacks when in the turtle. That is exactly what you can use against them. 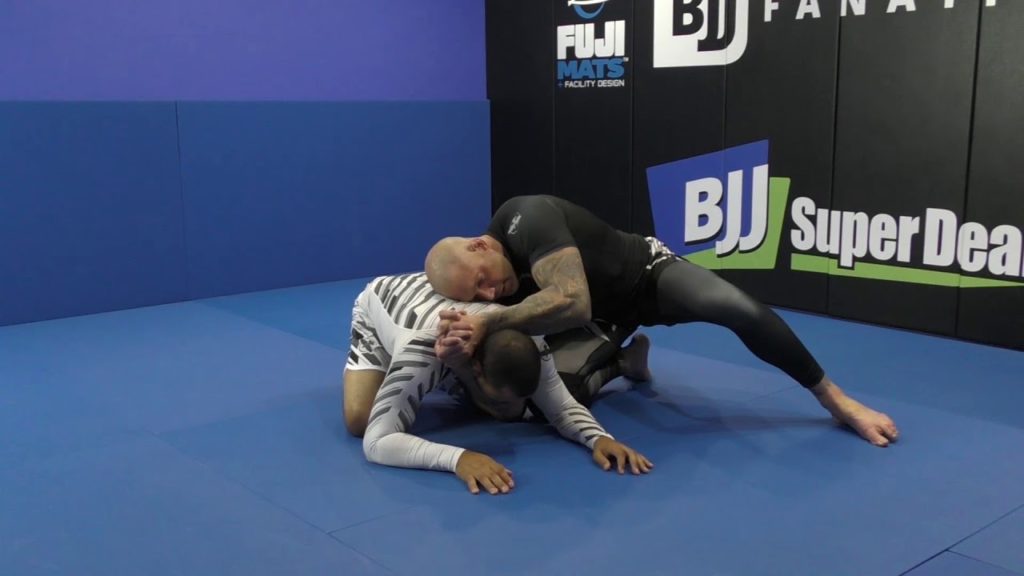 Starting with the quarter Nelson hold, you can easily turn every one to their side. Moreover, you open up North-South choke, D’arce choke, Anaconda, and all kinds of strangling attacks. All you need to do is actually bend your wrists towards yourself once you have the grips in place.

The half-nelson is a bit tricky to use in BJJ but does have its strengths. It can be hard to hold on to it unless you’re also controlling the far arm too. However, a half Nelson opens up back attacks while at the same time allowing you to turn the opponent in the opposite direction and get side control. Transitioning into guillotines is also really cool when doe from the half Nelson.

The three-quarter Nelson is something that’s very promising in BJJ. It is a great and unexpected way to get the back from the turtle without any fuss. All you need is to thread one arm in, and you can forget about the seatbelt. In fact, you’ll get much better back control with the three-quarter nelson. Submission-wise, forcing the opponent to turn will land you in an airtight armbar. Just tuck their head towards their chin.

The Full Nelson is pretty hard to get a hold of in BJJ, but if and when you do, your task si simple – neck crank.

Neil Melanson has explained the “Nelson techniques” in his DVD Guillotine Head Hunter. If you haven’t heard of him by now Neil Melanson is One of the world’s best grappling coaches and head coach at the famous Blackzilians. His game is one of the most effective and the most advanced.

Nelsons are awesome! You can’t imagine how many scrambles you’ll end up controlling if you get used to hunting for all four Nelson Hold variations. Moreover, you’ll have no issues with opponents turtling up ever again. If you’re a D’arce player by any chance, then the introduction of Nelsons to your game is simply mandatory. They’ll change your game forever!