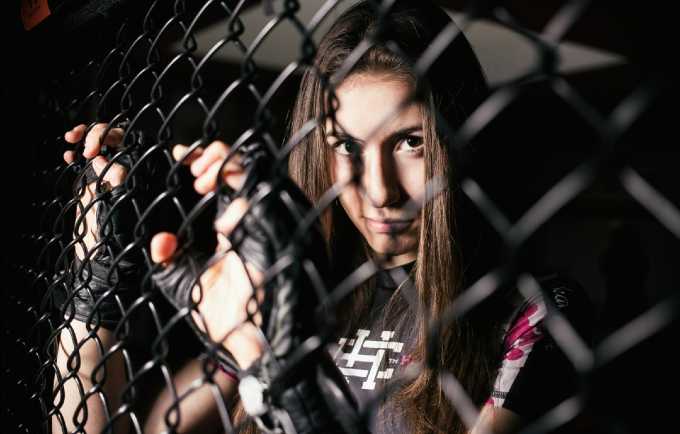 The Polish MMA fighter Sara Jozwiak was talking in an interview when she recalled the time that she brought down a man armed with a knife when she was only 15 years old. Protecting her mother, herself, and others in the process.

While Sara Jozwiak was out shopping with her mother when a man blocked their path and pulled out a knife on the mother and daughter.

Sara immediately took him down using BJJ and controlled him on the ground until help could get there.

Once she took the aggressor down and controlled him, two men saw what was happening and rushed over to help, the three of them removed the knife from the man’s hands and kept him there until police arrived.

“Martial arts gave me the self-confidence to handle the unexpected danger and not panic. Also, through MMA training, I’ve learned a lot of techniques which might be useful for self-defense.” – Sara Jozwiak said

“Self-defense is not about specific techniques, in training, we are learning how to face an opponent in a real fight, so in some aspects, it is similar to a street fight with an aggressor. Of course, the best solution is to avoid a clash but this isn’t always possible.” – Sara Jozwiak said

Many still believe that Brazilian Jiu-Jitsu and MMA are terrible for self-defense, however, more and more examples are coming up of people who have successfully defended themselves and their loved ones using BJJ. In any high danger situation, one of the greatest things you can learn from MMA and BJJ alike is to remain calm and focused in a highly dangerous situation.

BJJ offers that because it is one of the only martial arts you can train with 100% resistance in a safe way.

Sara Jozwiak is an example of what happens when good people have the right skills to protect themselves and others through BJJ.