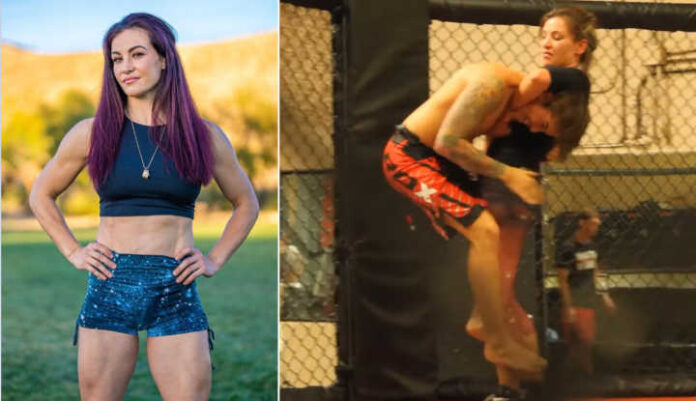 Miesha Tate is a former UFC Women’s Bantamweight champion, and this time she’s challenged by 4 guys from The Janoskians, a comedy group.

Miesha retired in 2016, after two losses streak against Amanda Nunes and Raquel Pennington in the UFC cage. She came back to UFC this year with 1 win, 1 loose match against Ketien Vieira and Marion Reneau.

With that being said, Miesha Tate has a huge group of dedicated fans who pays attention to whatever she does. We don’t even need to mention that Miesha looks as good as always and was always one of the most beautiful MMA female fighters.

The Janoskians group met Miesha Tate inside her training gym and challenged her to grappling matches which Tate handled without giving them any chances.