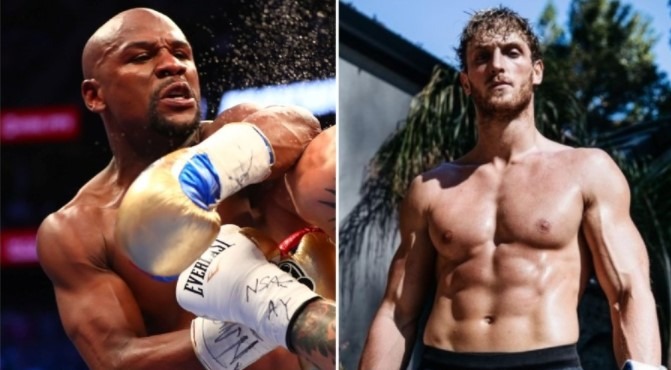 An increasingly popular trend, as expected, attracted the attention of Floyd Mayweather Jr., so one of the best boxers in history decided to do an exhibition match with Logan Paul.

The fight between a former world champion and brother Jake Paul, who knocked out Ben Askren last weekend, has been planned for months. Recall, we were supposed to watch this exhibition on February 20, but those original plans did not materialize and for a while, it seemed that nothing would come of it. But new information has surfaced these days, and even Mayweather himself has confirmed on Instagram that something is ‘cooking’.

Today, the 44-year-old Floyd announced on his profile that the location where we could watch this match is still being considered, and he singled out five cities as the favorites.

Furthermore, The Athletic came up with information that the date should be June 5th. It would be Showtime’s PPV, and boxing insider Mike Coppinger also found out through his sources that there will be two different weight limits! Reportedly, Mayweather will not be allowed to weigh more than 72.6 kilograms, while the upper predicted limit for the noticeably bigger Paul will be 86.2.

Let’s also mention that Logan Paul, as a professional boxer, has only one performance behind him, and that was the defeat by his colleague YouTuber Olajide William Olatunji, better known as KSI.

If the information about the stated date turns out to be correct, Logan and Floyd will fight on the same day as Teofimo Lopez and George Kambosos whose match is organized by the Triller Fight Club.

Watch Jake Paul in an MMA fight vs AJ Agazarm