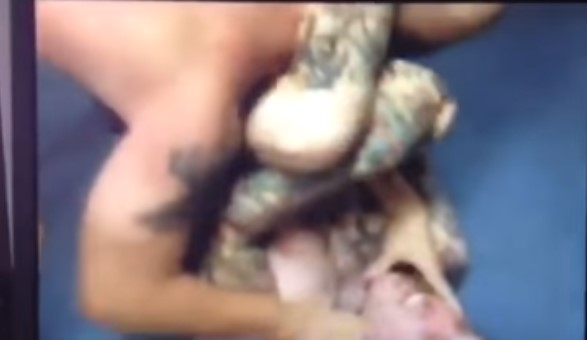 Here is a Clip of Marcelo Garcia Black Belt choking a guy in a bare-knuckle fight.

The guy in a clip is a long time Marcelo Garcia Black Belt Chris Civello. He’s fighting against an opponent who is 40 lbs heavier than him. While Chris Civello is only 160 lbs his opponent is 200 lbs.

They fought in a fight with no gloves, no time limit and no rules at all.

With this victory, Chris Civello secured himself a WBKBA Championship belt which still sits on the wall at Sakura.