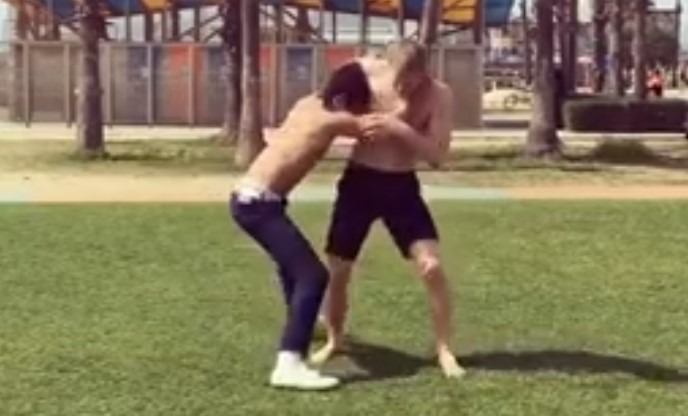 Sebastian Brosche, BJJ Black Belt and a well known guy to BJJ Community for his Yoga For BJJ videos challenged some wrestler in the par and put a show for the locals.

This kid was too cocky for his own good, so I challenged him for a 20$ smackdown. Stay tuned for round two, where you will see a haraigoshi makekomi like you never saw before!

"You have fought the rest. Now Fight The BEST!!!!"There was no round three, reason unknown.

You can also check a bit more serious challenge between BJJ Black Belt and a wrestler in a link below.

Or check video when Rener Gracie Was Challenged by 270 LB guy conviced that BJJ wouldn’t work on him.