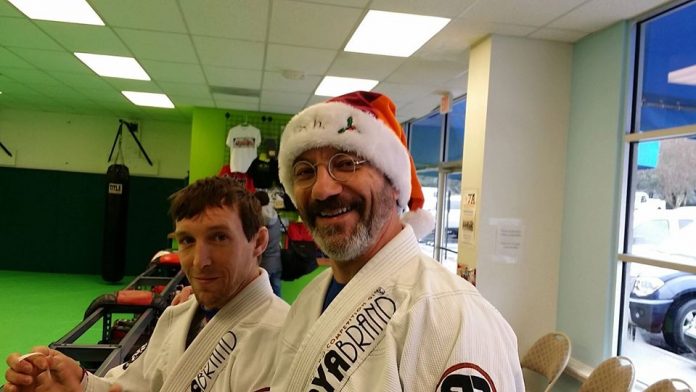 New year, a new decade, new you. Why not try a new sport altogether? To be honest, I can’t think of one good reason why you shouldn’t learn BJJ on any given day of any given year. Still, for those that like structure and like to make promises to themselves, this is just as good a time to start learning Jiu-Jitsu as any. There are a bunch of reasons why you should make learning BJJ your utmost New year’s resolution. There are even more reasons why choosing Jiu-Jitsu will trump any other thing you might have lined up. Oh, and there are e few more resolutions for all of you that have already stepped on the mats dawning a brand new Gi.

Learning stuff is fun, as long as the stuff you’re learning is not tedious. Well, that’s one word you certainly won’t find in the same sentence with Brazilian Jiu-Jitsu. And that right there is more than enough for most to try and earn BJJ. I say “try” because you’ll never be able to achieve it. However, the process is what is fun, as well as the fact that the process will never end. That said, learning Jiu-Jitsu is one New Year’s Resolution that really takes guts and courage to make. It is a lifetime of dedication once you get sucked in, but every minute is more than worth it. And you’ll come out a better woman/man on the other end. Isn’t that what New Year’s resolutions are all about?

Contents hide
Why Learn BJJ?
A Whole New World
A Few BJJ Resolutions For Those That Already Train
More Time On The Mats
Choose A Subject To Specialize In
Compete
Go To A BJJ Camp
Become A Submission Hunter
Try Different Types Of Grappling
Final Thoughts

This is going to be my first new Year’s challenge – try to explain why everyone should learn BJJ in a couple of paragraphs. This is a subject for a book, let alone an article, but I’ll do my best. First of all, learning Jiu-Jitsu is unlike anything else you’ll undergo in your life. It is not just a martial art, it is not just a sport, not just any single thing in particular. The old ‘if you don’t train, then you don’t know” mantra is more than applicable here, and it is very true as well. However, that doesn’t mean you should trust it – give BJJ a try.

First of all, you’ll gain a new social circle. In the modern world of technology and social networks, having a circle of people who you talk to and exchange physical contact is a long-forgotten trait. It’ll do wonders for you, even if all that contact comes in the form of grappling. In fact, just because it comes in the form of grappling, you get even more benefits out of it. Of course, there’s the self-defense aspect. There’s also the sports aspect, whether recreational or professional. There’s also something that’s unique to Jiu-jitsu, and that only intensifies with learning this crazy martial art. 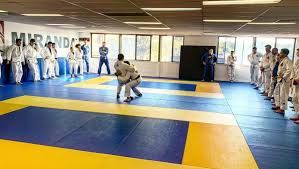 So far I’ve trained plenty of martial arts all my life. None has required the physical and mental engagement BJJ requires just when you go out and have a fun roll with a training partner. Not to mention all the fun and crazy ways of training and drilling the moves. Moreover, there’s something in Jiu-Jitsu for people from all walks of life. As I’ did my transition towards a coach (yet remain a lifelong student) I notice the good Jiu-jitsu does to people that are as different as imaginable. All these people get something out of it, from groundbreaking stuff to small things that make them smile. And you get to see al lof them on the mats together, which no other aspect of life offers. Perfect for your brand new resolutions in this brand new decade.

First up. Let me tall you what to expect when you join a Jiu-Jitsu class. You’ll get in not knowing whats going on. Perhaps you’re looking for just something physical to do, or you’re dead set on becoming a world champion. Regardless, your first experience is going to be an unusual one, to say the least. If the academy allows new people to roll (which is sparring in BJJ) you’ll even learn the humbling side of learning the Gentle Art. However, you’ll get out unscathed, and even though you’re dead tired, you have no idea what just happened, nor why you liked it so much, you clearly know you’ll be back for more next class.

Deciding to learn BJJ as your New year’s resolutions is the perfect way of actually tackling a few resolutions at once. One of them, the one most people make this time of year, is to become more physically active. Let’s face it that brand new “9-week body” instructional you just downloaded will stay on your hard drive used after a few initial attempts. The same will happen with any gym membership. On the other hand, BJJ is going to get you in shape in a fun and exciting way. Plus, when you’re surrounded by BJJ folks, you’ll learn everything you need about sustainable nutrition and weight loss as well. No need to buy the latest ‘[email protected] diet book. And that’s just a small piece of the puzzle.

Apart from getting in shape, you’ll learn so much more. You’ll certainly gain confidence, given that Jiu-Jitsu is one of the best martial arts for actual real self-defense out there. Moreover, you’ll learn that there’s a crazy community of people worldwide that connect through JIu-Jitsu in a  very unique way. That means you also get a platform for traveling more, meeting new people, and never seizing learning JIu-Jitsu in the process. Who knows, it may even take you in the direction of becoming a world champ, or you might end up living off BJJ.

A Few BJJ Resolutions For Those That Already Train

For those of you that already train Jiu-Jitsu, New Year’s resolutions are ample. For one, you could try to learn BJJ even more in this next year. Learning is a given, though, provided that you’re already a part of the sport. Learning specific stuff is where the New Year’s Resolutions for grapplers really lie. Here are some of the most interesting ones to look into in 2020.

This is one that everyone could do with. It is simple – spend more time on the mats that you did last year. For some, it may mean adding one more class to their schedule, just because they can and want to. For others, it may mean less time doing breaks and trying to gat least get to one more class per week, or even month than last year. This is a surefire way to learn BJJ and actually make your time count, rather than just binge watch Netflix.

Everyone that’s been training for years needs a New Year’s resolution like this. I know it si a huge one for me, and I already have my net subject – escapes. As a submission hunter, I greatly lack in this area of Jiu=Jitsu, so ti’s about time I start exploring. The same holds true for anyone that trains – choose something you either love to do, or you’re really bad at. Make it a subject for 2020 and just see where it takes you. It may go on to be your subject for the decade, or it may open doors to new ones.

If you’ve never competed in BJJ, you absolutely do not have to. However, it is such a big part of Jiu-Jitsu, that giving it a try will only benefit you. A black belt once said to me that the experience from one competition is worth like a year spent in training. That has proven to be true, word for word. If you are already a competitor than compete more. Make going to even more tournaments your main goal this year. Just a couple more than last year will do, but I know most of you can actually make it to much more than that. Moreover, try different ones – Gi., No-Gi, submission only… The sky is the limit. 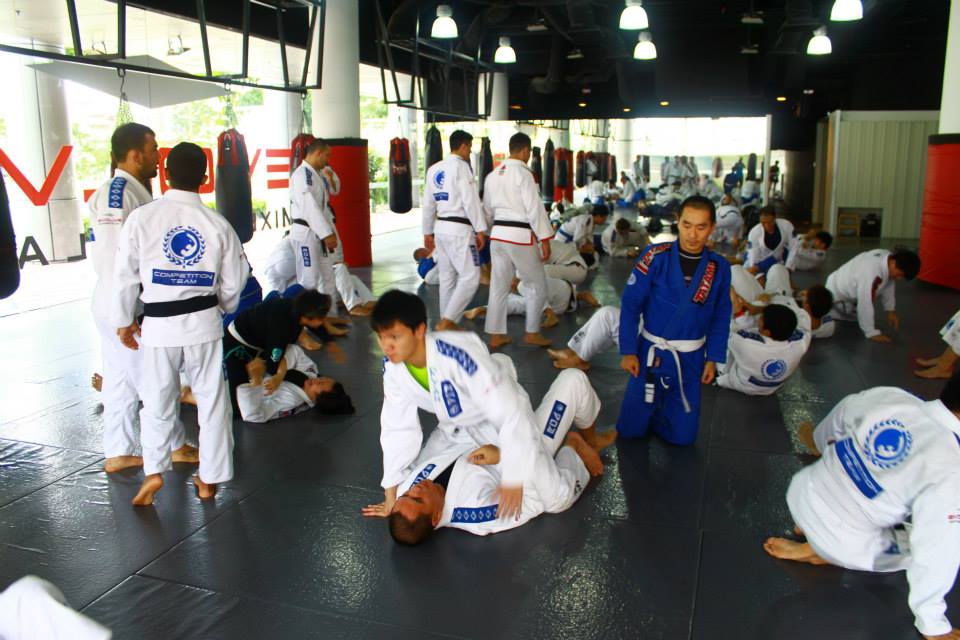 This is a big one. Why just train at one gym? It would be perfect if we could all train at different spots around town, but BJJ politics prevents that. Instead of having a chance to learn BJJ the right way, you have to watch out for the Creonte tag. That’s where BJJ camps come into focus. Go to a camp s[end a few days or weeks rolling with hundreds of people and learning as many new things about Jiu-Jitsu as you can. Helps tick off the travel New Year’s resolution box as well.

This is a New Year’s Resolution I personally made as a blue belt. Since then, I’ve been recommending it to most people that train. Getting to a position and holding it is not what Jiu-Jitsu is about. Go for submissions. Try and find them everywhere. Hata’s how you learn BJJ. Trust me, the more you hunt for submissions, the better your control of all positions is going to become. Not to mention it’ll open up new positions for you to thrive from.

Try wrestling, Try Sambo, Go to a Judo class. Or, even better, make sure you at least introduce No-Gi classes to your usual Gi training schedule. Of course, the same holds true vice-versa – try getting a Gi on if you train exclusively in No-Gi. Jiu-Jitsu is vast, and you need to give yourself every chance to learn as much as possible. Plus, it will be new, it will be fun and it’ll open so many new directions in your grappling game.

Learn BJJ. It is a two-word, extremely easy New Year’s Resolution. Moreover, it is the only resolution you’ll need, as it contains so many different things. If you’re unfamiliar with Jiu-Jitsu, you’re in for the treat of your life. If you’re already training, then you have the source of the best New Year’s Resolutions at your disposal. Make this 2020 fun and exciting and go try Jiu-Jitsu! It’ll change your life forever!