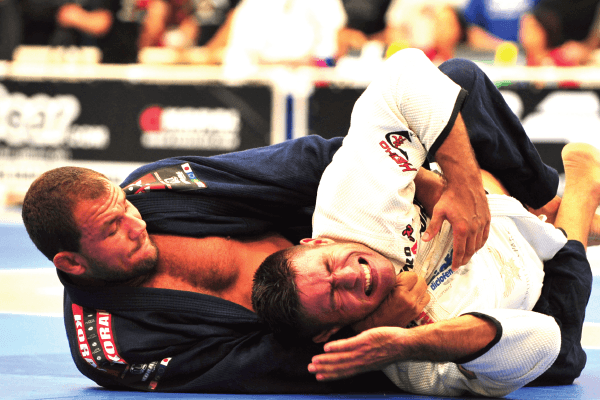 What is Jiu-Jitsu? I doubt anyone will give a good enough answer to that question any time soon. If ever. However, that doesn’t mean that we shouldn’t try and understand Brazilian Jiu-Jitsu. Everyone has their own way of thinking and categorizing things and that’s all perfectly fine. What I found really hard was to communicate this to others when I started coaching. Particularly to people that are just starting the art. Certain stuff in Jiu-Jitsu is very hard to “teach“ and it just so happens that’s the stuff that is immensely more important than the latest armbar setup So, I came up with a simple little BJJ philosophy.

This is the first time that I’m sharing my BJJ philosophy with people outside the gym. I guess I’m ready for everyone out there to “proofread’ it and perhaps provide feedback. In any case, it is a piece of my mind worth sharing with everyone involved in grappling. I’ve seen it yield some great results with people in my academy and it has certainly helped me contemplate the deeper aspect fo Jiu-Jitsu more and in a better way.

The main thing to understand about Jiu-Jitsu is that it is simple. I’m not talking about something specific, like some crazy modern lapel guard variation. Tha’s complicated. But that’s not what Ju-Jitsu is about – it is just a trend. In essence, Brazilian Jiu-Jitsu is simple – use a specific set of tools to achieve a very specific goal. Let’s say you’re hunting for a submission. You need to get your opponent in a position to get a certain submission move. The goal is simple – get that tap. The process is not hard either – get to a position that’ll allow you to execute your goal. There’s one more thing you need to factor in though – the opponent’s unwillingness to cooperate. As I said, it is simple, but far from easy. 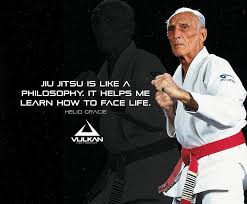 The main stumbling block in all of these is not the what (the goal) but rather the how (the process of getting there). In the process of getting there, I factor in what the opponent is doing to prevent you from achieving your goal. This is where my BJJ philosophy comes into play. And it goes like this: “there’s no right or wrong in Jiu-Jitsu. There’s easy, hard and dumb“. That’s it.

The notion behind this is actually pretty vast. There are no two people that can do Jiu-Jitsu the same way. With tens, if not hundreds of thousands of people across the world practicing BJJ, how can we claim what’s right and wrong? Everyone has a different approach to things. As was pointed out to me by someone training for only a couple of months just yesterday “even when we clap after the one-two, each of us claps at a different time”. So how can we claim something is wrong or right? Stuff will work, it is how they work that really helps us understand BJJ. Or, at least myself. For now.

Let’s start off with the most desired outcome of all – getting to our goal in the perfect manner. Let’s say you start on the feet. You do a takedown, pass the legs, get a position you want, sink in the submission of your choice and finish. Everything happens perfectly, you spend no energy, you do not even break a sweat. This is when you use a trio of things to achieve the ultimate goal – submission. That trio consists of technical knowledge, your understanding of Jiu-Jitsu, and experience. The first one, you can ask for and learn from others. In fact, you have to. The second is more of a collaboration between you and your coaches and training partners. That’s why you need to talk, and talk often. The final one is all you.

If you have the technical knowledge, experience, and understanding, you’ll pretty much find solutions to every puzzle BJJ has to offer. That’s doing things the easy way. But that also implies you need to be patient, think outside the box, make split-second decisions, have a gameplan you’re willing to expand, always keep learning… You might recognize most black belts you’ve ever rolled with in this category. It is the hardest one to use, but the most rewarding one at the same time.

This is where the majority of people find themselves the majority of the time. It is also what some refer to as “the wrong waѕ“. As I said, I do not like that train of thought. The hard way is when you use muscle, strength, and bags of luck to get what you want. Using the same example as before. You get your takedown, pass, and finish, but in a much more chaotic and less satisfying way. The outcome is the same, it is just that the path is harder. You’re now dead tired, grips aren’t shattered, you’re doubting whether your favorite moves actually work, you’re gassing out…

Is this manner of doing things effectively? By all means, yes. It is an integral part of My BJJ Philosophy as everyone, regardless of belt find themselves doing things the hard way, at least once ina roll. It may just e for a split second, or the entire roll or match, but we all do it. The most important thing is acknowledging that it is not wrong, but hard – and the solution is looking for the easy, rather than the right way of ding things.

Finally, there’s the way of doing things that most people associate with wrong. It is not. It is just..err…not that smart. Say you go for the same things as before – you try a takedown so that you can pass and, ultimately, finish. However, you get caught in a guillotine choke yourself at your very first attempt at the takedown. That right there is why you need to learn techniques. It is also why you need to understand what you’re trying to accomplish with that technique. And, if you take a look at the dumb way, you’ll see, that just like the easy way, it has a great lesson in experience to teach. 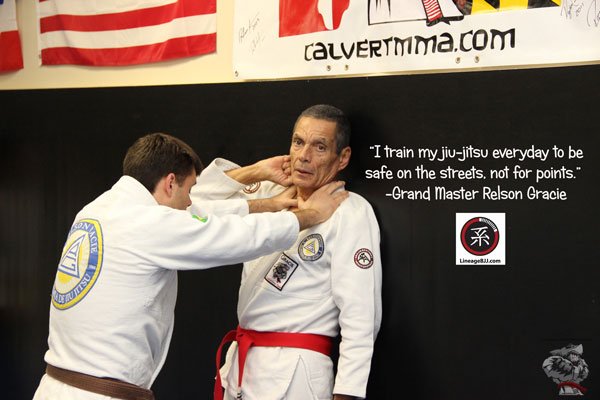 Simply put, you start your Jiu-Jitsu journey by doing things the dumb way. We all do. Then, you’ll get to the hard way, and it’ll be a part of what you do for the entirety of your journey. Finally, at a certain point in time, you’ll figure out the easy way, and Jiu-Jitsu will become unexplainably more fun and even more addictive. The reason I’m sharing this with everyone is that I believe that if you know this BJJ philosophy as early as possible, your progress will be both faster, and much more meaningful.

Will this BJJ philosophy of mine fit everyone? No. Can it help everyone gain insight into how one grappler understands the process of learning Jiu-Jitsu? Certainly. I wish someone had told me this, or something similar to a white belt. It would’ve made much more sense along the way. Think about it this way – is ti easier to just learn techniques, or learn them while actually knowing what they’re intended to accomplish? Next time you’re on the mat,s try and figure if you’re doing things the easy, hard or dumb way, and let me know what you’re going to do about it.