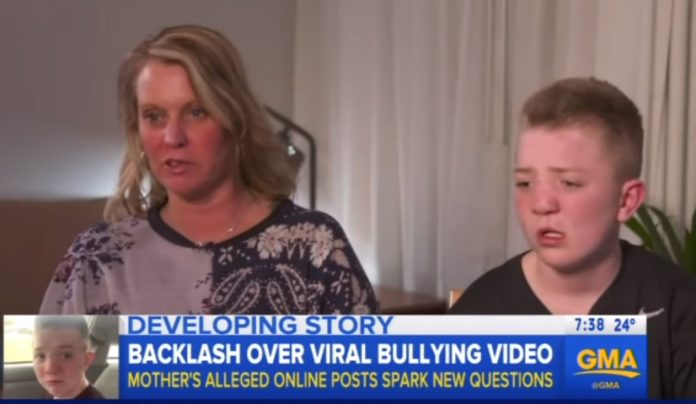 KIMBERLY Jones says she is not a racist.

The mother of 11-year-old Keaton Jones, the kid who’s video about bullying went viral, appeared on Good Morning America to talk about claims that she’s racist.

“I feel like anybody who wants to take the time to ask anybody who I am or even troll through some other pictures, I mean I feel like we’re not racist,” she said. “I mean, people that know us, knows that.”

Kimberly Jones even apologised for the picture with the confederate flag. She said that the picture ment to be a joke and not a racists thing.

Young Keaton also spoke about the flag saying his mother is proud of where she comes from.

We leave to you to decide whether Kimberly Jones is a racist or not but one thing is for sure. The bullying was real. Keaton’s school, Union County school confirmed that he was the victim of at least one recent bullying incident.

Is Kimberly Jones Exploiting Her Son Keaton for Profit? Celebs Criticize her for GoFundMe page and Confederate Flag