What do some of the most prestigious names in grappling have in common? It is not championship titles, by the way. Let me help you. It is a position that each and every one of the top BJJ grapplers in the world knows how to play efficiently. Some, even take it to completely new dimensions. That position is the X-guard, the most effective attacking open guard I the sport of Brazilian Jiu-Jitsu. And one of those men that really do go above and beyond the X-guard is Jon Satava. He features in one of the most incredible BJJ instructionals I’ve ever seen called “X-Guard And Beyond”. And we have the most in-depth Jon Satava DVD review that you can find online!

We all want to go and pick up key information on specific positions from the grapplers that are legendary for using them. Yeah, it would be great to go and learn about the X-guard and its variations from Marcelo Garcia himself. However, Marcelo is so efficient with it and has been doing it for so long, that whatever he demonstrates will be far beyond what most of us can comprehend. Enter some of the younger grapplers of our generation who have been polishing and adding to the X-guard game. Do your research and you’ll see that Jon Satava is at the very top. So, before we see him compete at the ADCC in a month, let’s take al ook at a Jon Satava DVD first, one named “X-Guard And Beyond”.

It is not a coincidence that I mentioned Marcelo Garcia earlier. He is by far the leading figure when it comes to the BJJ X-Guard. Well, Jonathan Satava is a black belt by no other than Mr. Garcia and shares the passion for the X-guard and all of its variations. However, Jon and particularly his “X-Guard And Beyond” DVD represent a filtered and refined version of all that Marcelo has to offer. Marcelo has decades of experience and hardly the time to teach it all. Jon, on the other hand, is a Marcelo Garcia black belt that specializes in the X-guard. In other words, he is the best man for the job as you’ll conclude yourself form this Jon Satava DVD review. 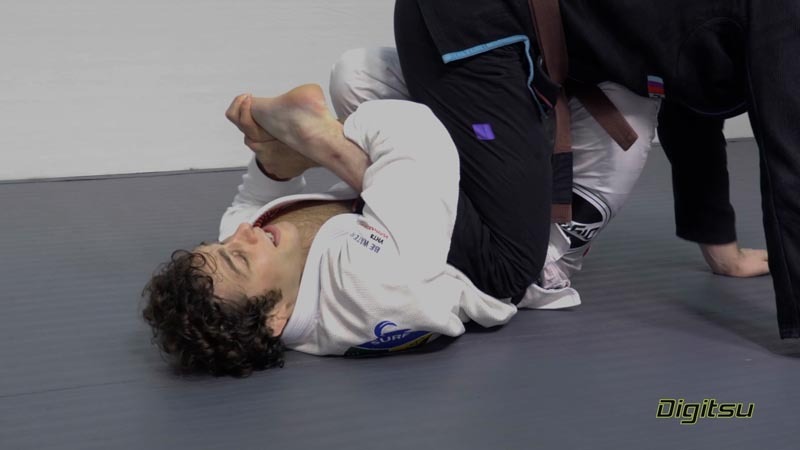 What has Jon done os far in his grappling career? Well, he has a silver medal at hath Mundials, as well as a third-place from the Pns, among other accolades. He is also the winner of the 1st North American trials and has a spot booked for next month’s ADCC. He also has plenty of World and Pans titles before becoming a black belt. Speaking of which, he earned his black belt in early 2015 after 5 years with Marcelo Garcia.

In fact, Jon started training with renowned No-Gi specialist Krishna Mirjahand one of his early training partners was none other than Eddie Cummings. As a blue belt, Satava made the switch to Marcelo’s quickly earning the joking nickname of “Marcelo’s doppelganger”. That’s understandable as he has a very similar build to Marcelo and is just as huge fan of No-Gi as the legendary Brazilian. Currently, Satava is one of the top middleweights in the world and represents Team Alliance.

What exactly makes this Jon Satava DVD so much different from all other X-Guard instructionals out there? Well, for one, he really does take things beyond the X-Guard. In that sense, he coves each and every X-guard variation in-depth, along with plenty of possible follow-ups. To be honest, I really loved his approach in this instructional. The ‘X-Guard And Beyond” DVD is a really precise instructional that is going to answer all fo your X-Guiard questions. Running at around 2 hours, it does have plenty of material to cover just about every aspect of the X-guard.

The way this instructional is structured is at a really high level. It represents a mixture of teaching methodologies, all combined into an exceedingly effective one. Namely, Satava likes to use both concepts and techniques as the foundations of his instructions. He builds on top of those by carefully dissecting every part of the guard, from entries, trough retention all the way to attacking. Even attacks are further divided into categories. There’s no sweeping without u8nbalacning for example, which is no something we’re used to seeing in regular BJJ Instructional. Submission-wise, there are some slick toe holds in there that will really help you change your game!

There are three main parts to this Jon Satava DVD. It all starts with the One Leg X-Guard. Since I failed to mention it before this is a great time to let you know that this is a Gi instructional, and Satava approaches it as such. That means you get both Gi and No-GI gripping options, but the ones relying on the use of the kimono are prevalent.

The first few chapters focus on entering the One Le X-Guard. Gateways include starting form the seated, standing and even shin-to-shin position. Given how popular this guard is nowadays, you’ll be surprised at how much you actually didn’t know about it before picking this DVD up. Attack wise, a basic axis sweep is first, perfect for both Gi and nO-Gi. The following few sweeps are abased around lapels and the technical stand up. Just when you start to think you’ve seen it all a few additional entries pop up, this time form the butterfly and De La Riva guard. These are on the side of advanced moves, so if you’re just picking the X-guard up, stick to the first few options.

The second portion shows you how to actually get form the One Leg X to the full X-Guard. Her, once again the emphasis is on Gi grips. A different take on the technical standup, this time form the full X-guard is the preferred method of sweeping. That said, it is not something that works all thе time, and Stava has the perfect solution. There’s a chapter in there on how to enter and play the X-Guard against aggressive opponents. Suffice to say, it alone is worth getting the ‘X-Guard And Beyond’ instructional.

In the attacking portion of the X-Guard section, the focus is not just on sweeping. Ther are plenty of top position follow-ups, mostly leg drags that offer a complete game. IN fact, Jon likes to set up leg drags, back passes and even a toe hold as part of counters done from the X-Guard. IT is as high level as your guard game can get! A really cool overhead sweep concludes this portion.

The final part focuses on some shin-to-shin guard work and plenty of X-guard related troubleshooting. The bar trap concept forms the shin-to-shin is revolutionary at least and did wonders from my guard game. Thre’s a slick kneebar from there as well, but you can opt for a back take too if you’re not really keen on leg locks.

The troubleshooting position has to be my favorite part of this Jon Satava DVD. Here, you get lost of concepts that will massively improve your half guard. Anything forms the action-reaction principle, though grip fighting strategies and transitions all the way to direct submission setups is here. The full X toe hold, for example, is as unstoppable as BJJ submissions can get. Moreover, this is not how this instructional ends.

Keeping things interesting to the very end, Satava ends on the highest note possible. He demonstrates a couple of amazing takedown options, in the form of the belt grip hip lock and a crazy mat return suplex. Finally, he shares a couple of X-guard drills as a goodbye gift.

The best part about this instructional is not its technical quality nor its structure. It is the fact that you can get it in both/wither a DVD and/or a digital format. This makes it possible to take the “X-Guard And Beyond” Jon Satava DVD everywhere you go. There’s a lot to learn from this one, so be prepared to have to watch it over and over again! It’s more than worth it though!

Intro To BJJ – How To Start People In The New...